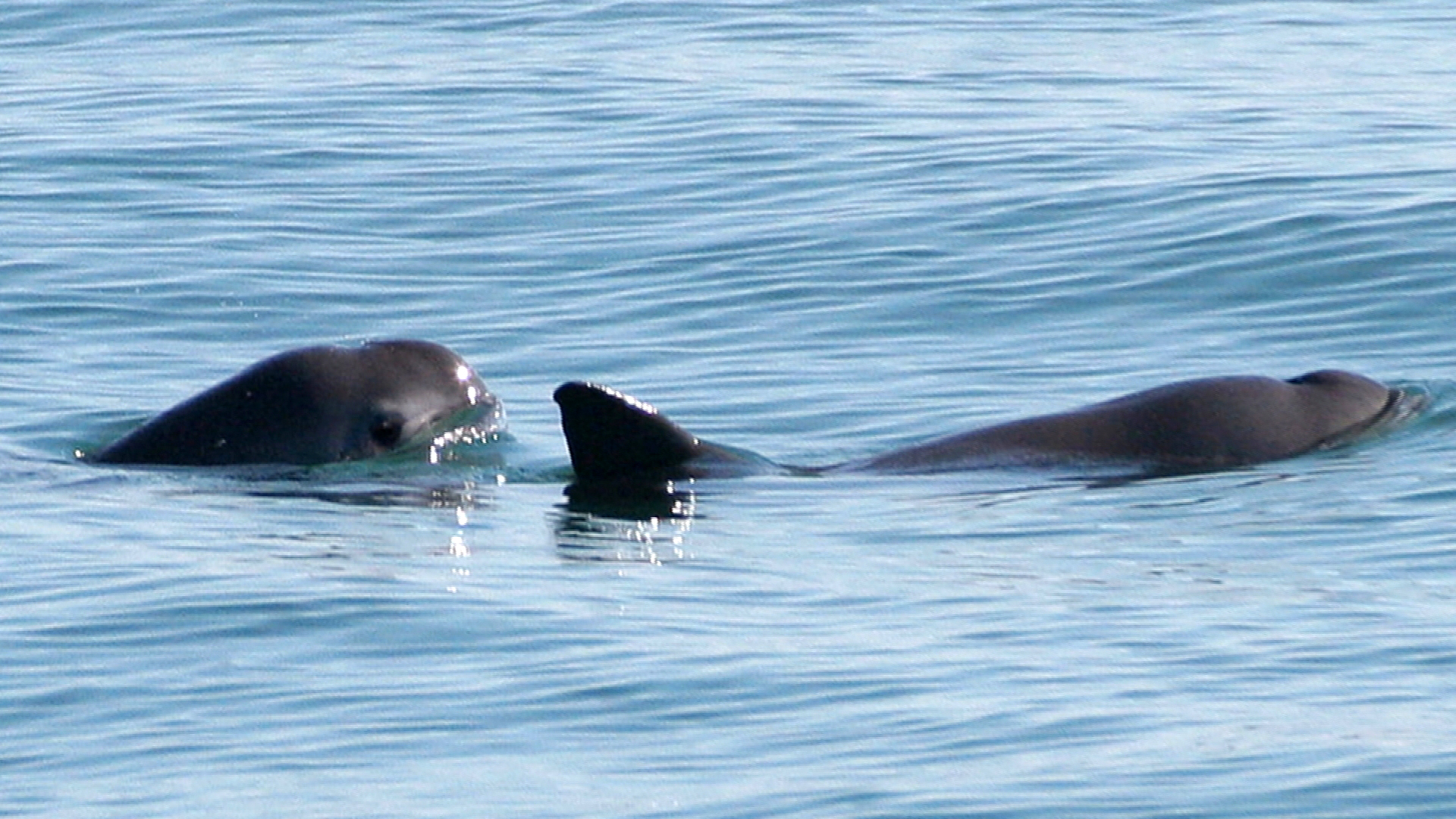 BAJA, Mexico — There's a crisis going on in the Pacific Ocean as an innocent porpoise falls prey to money and greed. CBS San Francisco reports it's a marine mammal known as the senorita of the sea or the panda of the ocean, because of the big rings around its eyes.

The Vaquita, which means little cow in Spanish, is only about 4 feet long, weighs less than 100 lbs and calls the waters off the coast of Baja, Mexico home. With fewer than 30 left, it's the most endangered marine mammal in the world.

Gulland says the Vaquita is now an innocent victim of an illegal wildlife trade, as dark as the drug trafficking trade, because it's so lucrative.

The story starts with the Totoaba. Like the Vaquita, it's similar in size and lives off Mexico's coast. Its swim bladder can sell for up to $10,000.

"Fish bladders are claiming to have these miraculous properties they clearly don't have. It's a marketing thing that's happening" said Peter Knights, founder and CEO of WildAid.

Illegal and expensive, with no proven scientific benefits, the elite in China are falling for it.

Some fishermen in Mexico are using gill nets, desperate to catch as many as possible.

"We never expected the Totoaba demand would just rocket to the sky," said Lorenzo Rojas Bracho, head of Marine Mammal Conservation and Research for the National Institute of Ecology and Climate Change in Mexico.

The CBS San Francisco crew met with Rojas Bracho in Ensenada, Mexico. For years he has been travelling to San Felipe on the Gulf of California to monitor efforts to save the Vaquita.

In 2015, a complete ban on gill nets was enacted, but that law does not stop the money-hungry fish-capturing mafias. Their business is creating mass killings of both species. The Totoaba is on the endangered species list and the Vaquita is practically gone.

"You have mafias or organized crime moving this product from Mexico to China entering the black market," he said. "You have authorities bribes and all the ingredients of this kind of mass disease."

The illegal fishermen are now hunted by the Sea Shepherd, a non-profit group that patrols the often-hostile Gulf of California coastline.

Meanwhile, Dr. Gulland, Rojas Bracho, and a team of marine mammal scientists attempted a program dubbed "Vaquita CPR." The idea was to bring a couple Vaquitas into specially made sea pens and hope they multiply. Using acoustics, scientists captured their first, a 6-month-old Vaquita, last year.

"She ran really fast around and didn't ever seem to settle down and appeared to be really agitated so that was the first animal first Vaquita ever caught, ever to be handled," Gulland said.

But since she was too agitated, they released her.

A second Vaquita captured stopped breathing in the sea pens, likely from the stress of capture. After three hours of attempting resuscitation, she died in the arms of those trying to save her.

"That was one of the saddest moments. When they die it hurts. I don't think I cried so much in my life," said Rojas Bracho.

The scientists agreed to end "Vaquita CPR" because they simply can't afford to lose another. Plus, they say, stopping the demand for Totoabas is key to saving both species.

U.S Fish and Wildlife agents have joined the enforcement effort. In one undercover operation, they seized 241 swim bladders worth more than $3.6 million from a house in Calexico.

And a documentary with a famous Chinese pianist is airing across China, explaining their demise due to greed, to convince consumers not to buy them.

Are scientists hopeful the Senorita of the sea will survive?

"In my opinion it's really too little too late and we hope we learn some lessons for the future. I really fear the Vaquita will be a sad footnote on history of our failure to act and collaborate and cooperate soon enough to save the species," said Peter Knights.

And with every species lost Gulland wants to remind us all — that means forever.

"To me it's like lights around the world that gradually are going out," she said. "Every time we lose a species we are decreasing abundance and decreasing the beauty of life on Earth. It happens species by species but I hate to imagine a world 100 years from now where people can't see these ranges of animals."