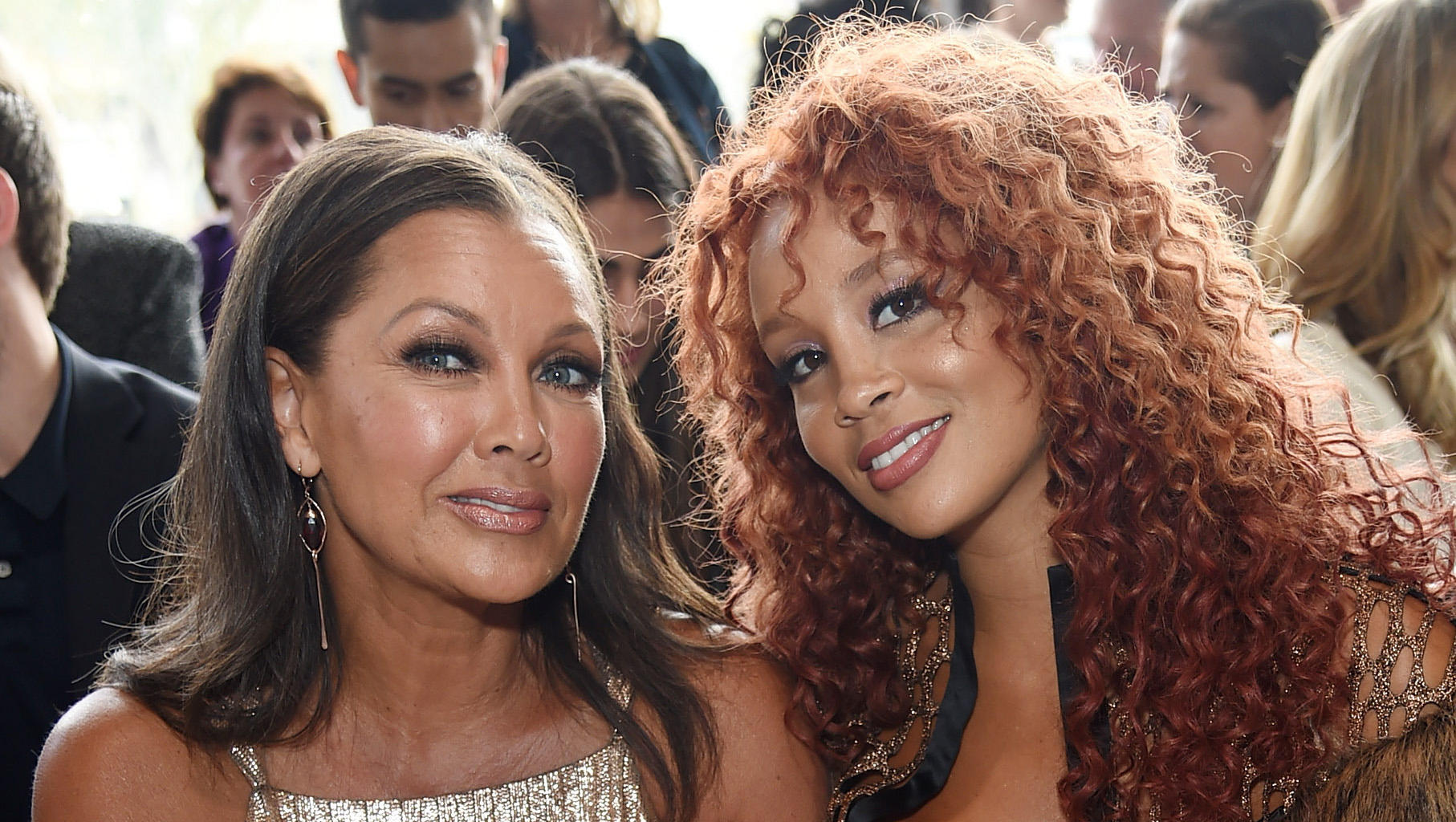 Vanessa Williams and her daughter, singer Jillian Hervey, are teaming up to urge women to protect their hearts -- literally. Williams and Hervey partnered with WomenHeart: The National Coalition for Women with Heart Disease and Burlington Stores for an event in New York on Tuesday to offer free health screenings for women.

Williams talked to CBS News about why heart health is personally important to her, and her passion for performing.

Q: Tell me more about your partnership with WomenHeart and Burlington.

A: They have free screenings for women today and on March 20, so people can get their numbers and cholesterol and blood pressure checked. It's heart health month. To raise awareness, donations can be made at Burlington and every woman who participates, Burlington is giving $5 to WomenHeart.

I talked a little about my family history with heart issues today. I lost three grandparents to heart disease. They died at 28, 53 and 64.

A: My grandma -- my dad's mom -- was pregnant with her sixth child when she had a heart attack at 28. We are hyper aware in my family and it's been one of my missions. Forty-eight million women have heart disease or are at risk, particularly the African-American population as well.

Q: Have you ever had any scares yourself?

A: No, thank God. No. I stayed active my entire life. I get tested pretty diligently about that stuff and made sure my kids are aware and that's the lifestyle I was brought up with because my parents were aware of both sides of their family.

Q: Are you happy that your daughter is also in show business? Were you hesitant at first to let her into the industry?

A: No, I was not hesitant at all. She's tremendously talented she's got the wherewithal to withstand the pressures and she's grown up seeing every aspect of the business, between the recording studio, TV sets, movie sets and being on the road. She sees how hard I've worked and what goes into making a Broadway show. If she want to reach out to me, she knows I'll give her the real deal.

Q: Do you ever perform together?

A: Well, when she graduated from college, I had a gig in Japan and she wanted to go, so I said if you want to go, you have to sing, and she started singing background for me about seven, maybe six years ago. So yeah, she used to sing with me and my band. She sang all over the world with me, so she had a nice run.

Q: So many artists complain about being away from their families when they're on the road. It must have been a nice opportunity for you to spend that time with your daughter.

A: It was nice. I remember one time when I was listening to her sing background and knowing when I wrote that song, it was about my children, and here's my child standing next to me, singing with me, so that was pretty cool.

Q: You were just on "RuPaul's Drag Race" for the second time. What's it like being on that set?

A: Oh, I love Ru. I've known him for years. I love the queens. It's amazing; I love the whole concept and the creativity is unbelievable and the talent is amazing. I'm always fascinated and I love to go back.

Q: That was an episode that paid homage to divas. Who is your favorite diva?

A: I'd probably say Lena Horne.

Q: Speaking of, you're in a musical called "Hey, Look Me Over" and singing a song by Lena Horne, I believe.

A: I'm singing two of her songs in Encores' "Hey, Look Me Over."

Q: Do you still have a strong passion for musical theater?

A: Yeah, it's a great opportunity to sing, dance, act and work with great people, a great ensemble, with with wonderful directors and choreographers and then perform live.

Q: What's the difference for you when you're performing live versus on screen?

A: It's all different, but the bottom line is when you achieve your task, no matter what it is, when you're on a set with three people but make a sound guy cry because you nailed it with your singing, or if you're singing in front of thousands and you make people dancing because they're feeling it, it's all the same kind of chemistry when it's done well and you get a reaction -- you're in the zone. Good material is fantastic. Working with a great cast and musicians -- that's the most important thing, having projects with integrity that are worth showing up.

Q: Do you have other projects on the horizon?

A: I'm working on an album out that will be out by the end of the year.

Q: What are your thoughts on the "Time's Up" movement?

A: I work with the ladies who started it, so it didn't surprise me, between Salma [Hayek], America [Ferrera], Eva [Longoria] -- I've acted and been friendly with them and I know those dynamic ladies personally. They're all amazing women, so the fact that this has really caught on and been a game changer does not surprise me at all. They're incredible women.