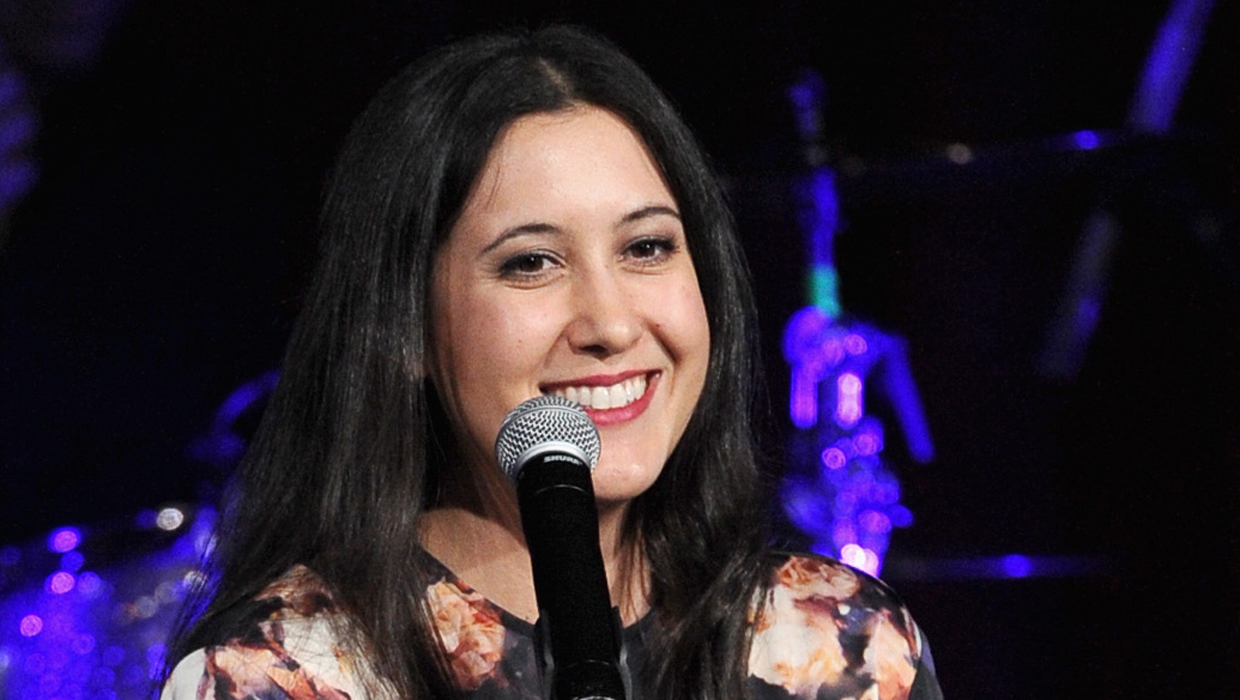 For the first time ever, Stevie Nicks approved of the track order Vanessa Carlton created for an album.

"I sent her the album and I think she really digs it," Carlton told CBS News. "She helps with each record to figure out the order of the songs. For the first time ever, she thought that the order was correct that I gave her, so that was good."

Recorded in both Nashville, Tenn., and England, the upcoming set, called "Liberman," comes on the heels of 2011's "Rabbits on the Run." It was originally expected out this year, but Carlton had to delay its release to 2015. Though she can't say why at the moment, she promises it's a good thing.

One aspect she can talk about is the album itself and why the music has a dream-like quality: "I just really wanted it to feel like...an escape -- kind of lush, trippy and beautiful...You really feel like you're falling into a rabbit hole of sounds. So that's the kind of record I made. It's pretty short. It's 10 songs. It's meant to be listened through your headphones."

"The name of the album is 'Liberman,' which is my grandfather's real name before it was changed," Carlton continued. "I just wanted to go back to the truth. Lee has become my middle name...His name's Alan Lee...He felt like he needed to change it. He was an artist, he was a painter. He was also a designer of shirts and stuff...He had a really successful company and at the beginning of his company, he didn't feel like it would do well with a Jewish name like that....It also means my beloved, honorable person -- all of those things fall in line to what the music is."

Although the album title is a personal, the songs Carlton, 33, wrote for the set aren't necessarily about her life.

"It's more philosophical. It's more about the human condition," Carlton explained. "For instance, one of my favorite songs on the record is the first song -- 'Take It Easy.'...I listen to Bob Marley almost every day, and there's almost a reggae approach to the lyrics. You hear certain phrases and you actually calm down. You actually chill out. I love that in music. It can almost be hypnotic. There's definitely stories in it. There's a song called 'Willow' named after the weeping willow tree. There's a song called 'The River.'...Nature is a strong theme throughout the album."

The "A Thousand Miles" singer teamed up with a few different writers and producers for the album, including her new husband, Deer Tick singer-guitarist John McCauley. They worked together on three of the album's songs -- and Carlton says the process was "awesome."

"It's so wonderful when you have a really good working relationship with your partner," said Carlton, who had previously worked with her one-time boyfriend Stephan Jenkins of Third Eye Blind on music. "It's not always the case...John is so chill. He's such a natural musician. It was such a pleasure working with him...I had kind of vowed to never work with anyone I was with after years and years ago I did a record with an ex-boyfriend. I was like, 'I don't think that's a good idea to ever do that again.' But this is a different situation. He's John McCauley. If you can work with John McCauley, you should work with John McCauley."

Carlton may have a chance to test out her new music very soon. She has an appearance coming up on Saturday in Rockaway, N.Y., as part of the Barefoot Wine Beach Rescue Project, which will host beach volunteer cleanup initiatives at 15 different sites across the country.

"It's basically a way to get people to help pick up stuff on the beach -- particularly at Rockaway because of the damage from Sandy...It's a wonderful thing," said Carlton, who will play a 45-minute stripped-down acoustic set at the event.

Carlton, who grew up in Pennsylvania, said she always loved going to the beach whenever she could.

"I'm a beach kid -- and my family all the way back to my great grandmother used to go to Rockaway Beach. They're from Queens and the Long Island area...It's an event that means a lot to me. Who doesn't love the beach? And so gross when you're on a beach and there's garbage. Everyone wants a beautiful beach."