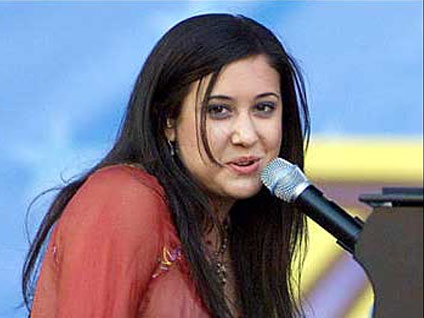 NEW YORK (CBS) "Bi" the way, if you're planning to catch singer Vanessa Carlton at an upcoming performance, don't be surprised by this news.

"I've never said this before, but I'm a proud bisexual woman," the 29-year-old proclaimed in front of a crowd of more than 18,000 strong at the Nashville Pride festival on Saturday.

According to the Huffington Post, the "Thousand Miles" singer made the first-time announcement at the annual Nashville Pride celebration in Tenneessee, an event which celebrates and recognizes individuals in the Lesbian, Gay, Bisexual and Transgender (LGBT) community in the Middle Teneessee region.

The singer's "coming out" was greeted by a supportive audience.

Once terrified of change, Kelsea Ballerini is now embracing it
Thanks for reading CBS NEWS.
Create your free account or log in
for more features.
View CBS News In
CBS News App Open
Chrome Safari Continue
Be the first to know
Get browser notifications for breaking news, live events, and exclusive reporting.