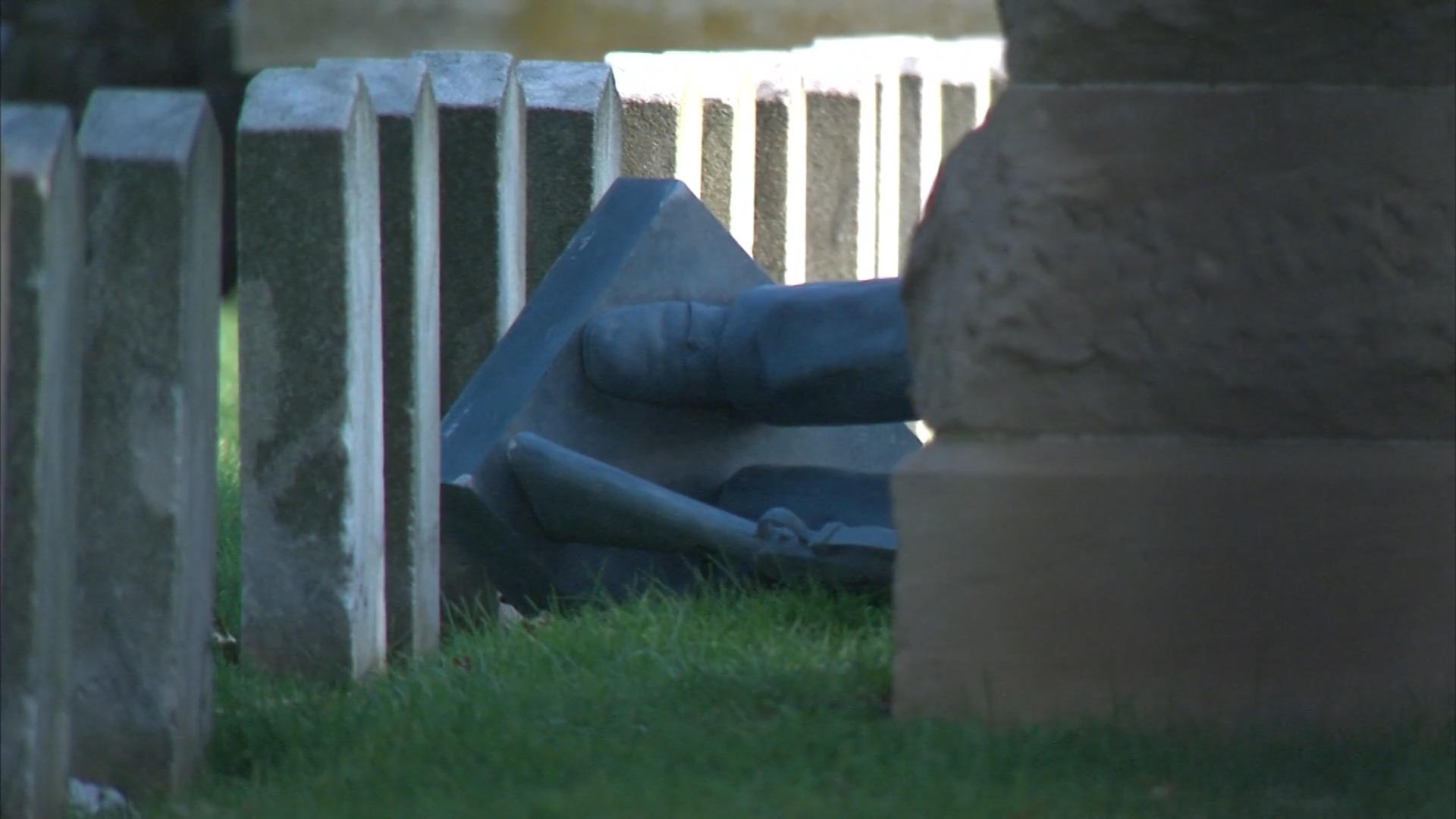 COLUMBUS, Ohio -- Police say a Confederate soldier statue at a cemetery in Ohio has been damaged by vandals who took its head.

Columbus police say vandals appear to have climbed on an arched memorial at Camp Chase Confederate Cemetery and toppled the statue atop the monument to the ground.

The soldier's head and hat were knocked off. Police say the vandals took the head but left the hat.

Police say the vandalism occurred early Tuesday at the cemetery where around 2,000 soldiers are buried.

Confederate statues around the country have been targeted in the weeks following a white-nationalist rally to protest the removal of a statue of Confederate Gen. Robert E. Lee in Charlottesville, Virginia. Dozens of counterprotesters were injured and 32-year-old Heather Heyer was killed.

Police in Ohio had been monitoring the cemetery since the Aug. 12 rally.