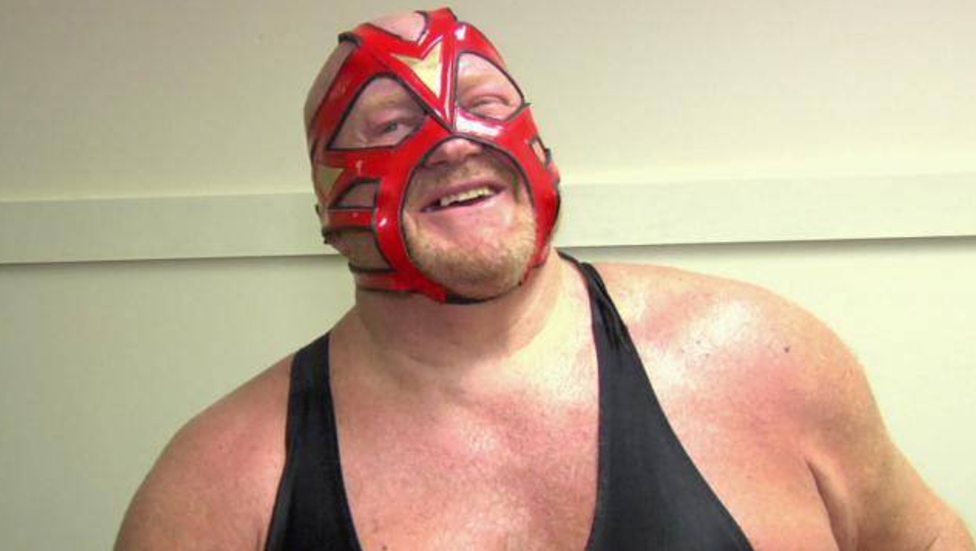 Leon White, one of professional wrestling's most iconic big men, died Monday evening at 63 after a long battle with various health issues. White played Big Van Vader (or Vader) during a career that spanned over 30 years and lasted until just before his death.

News of the former WWE, WCW and New Japan Pro-Wrestling star's death following a severe case of pneumonia was confirmed Tuesday in a tweet from his family. White, who was still wrestling as recently as 2017, was diagnosed with congestive heart failure in 2016 and underwent open-heart surgery in March.

The 6-foot-4 and 400-plus pound White, who starred in college as a center at Colorado, was a third-round pick in the 1978 NFL Draft by his hometown Los Angeles Rams. White appeared for the Rams in Super Bowl XIV against the Pittsburgh Steelers in 1980 until a knee injury ended his career shortly thereafter.

White's leap to professional wrestling, which began with a stint in AWA in 1985, proved to be an almost instant success. Over the next two decades, White built his name as one of the most agile big men in the business as a main event star in WCW in the early 1990s and later with WWE at the peak of the Attitude Era and Monday Night Wars.

It was in Japan, however, that White first made his name and developed his trademark stiff style. His feuds with the likes of Stan Hansen, which included an infamous 1990 match in which White finished a match despite his eye popping out of its socket, are still the stuff of legend in NJPW. But it was White's debut in 1987 that left the biggest impact as his defeat of Japanese legend Antonio Inoki, who was riding a four-year unbeaten streak, caused the audience to riot and NJPW to be banned from Tokyo's Sumo Hall.

Throughout his career, White became one of the most successful heels in modern history thanks to his catchphrase -- "It's Vader Time" -- the large smoke-spewing mask he debuted in Japan and his finishing move, the Vader Bomb. He also briefly crossed over into mainstream pop culture through acting appearances on "Boy Meets World" and "Baywatch" in 1996.

White was a three-time IWGP heavyweight champion in NJPW and a three-time WCW champion. He reached his highest success in America with WCW in the early 1990s during feuds against Sting and Ric Flair. In 1993, he was named Wrestler of the Year by Pro Wrestling Illustrated.

In 1996, White debuted with WWE (then-WWF) at the Royal Rumble. One night later, he was suspended on Raw for landing a Vader Bomb on on-screen president Gorilla Monsoon and went on to memorable feuds with heavyweight champion Shawn Michaels and The Undertaker before his 1998 exit. Although White would make one-night appearances on Raw in 2005 and 2012, he never again worked full-time with the company.

Although White had yet to be inducted to the WWE Hall of Fame, he was a regular on the short list of those whom critics felt were most deserving. White also inducted former rival Hansen in 2016 during WrestleMania 32 weekend in Dallas.

White had been open about his health struggles in recent years and was determined to stay active both in the ring and in the gym until his death. In April 2017, White collapsed following a match in Tokyo in which he was dropped on his head.

This article was originally published on CBSSports.com.