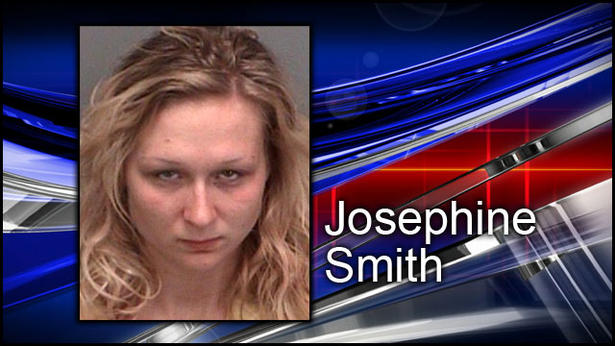 (CBS/WTSP) ST. PETERSBURG, Fla. - An elderly man is recovering after a Florida woman declared she was a vampire and allegedly bit his face and neck.

69-year-old Milton Ellis told St. Petersburg police he was sleeping in his electronic wheelchair outside of a vacant Hooters restaurant last Wednesday night, and awoke to find 22-year-old Josephine Smith - aka, the vampire - on top of him, reported CBS affiliate WTSP.

Smith allegedly told Ellis, "I'm a vampire, I am going to eat you," and proceeded to bite him, ripping flesh from his lips and face.

Bloodied, Ellis managed to escape to a nearby gas station, where he called police, WTSP reported.

Responding officers found a half-naked Smith covered in blood at the restaurant. She reportedly told officers she had no idea what happened.

Ellis, who also had bite marks on his arm, was taken to the hospital, where he needed stitches.

Police say the two had met earlier at the shopping center beside the former Hooters. Smith, who is from Pensacola, was waiting for a relative to drive down and pick her up and the two decided to hang out together at the closed restaurant while she waited.

Smith was arrested and charged with aggravated battery on an elderly person. She had been arrested less than a month ago in Escambia County on drug possession charges.