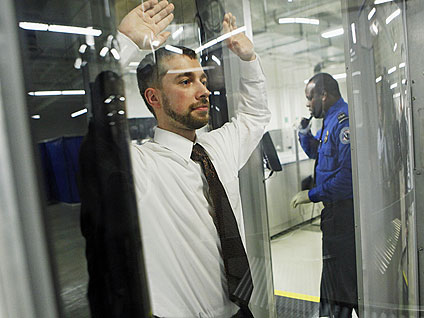 On the plane for a much-needed vacation in Idaho, Sen. John Kerry told reporters, "I'm going to go snowboarding, ride my bike, go snowshoeing, climb a mountain, whatever I want to do." The senator from Massachusetts was eager (as much as Kerry can be) to get away after a grueling run on the campaign trail. He hasn't had a vacation since last summer.

"I just like to recharge, get time to think and read," Kerry added. "I'll be restless after two days."

Presidential hopefuls don't work like the rest of us. They take planes daily, they pull 18-hour days, they subsist on coffee and eat food that Atkins would disdain. If that still sounds like you, well, they do all this in the glare of the public eye – a life, always having to be on.

Alas, there is no vacation from reporters. They follow every step and misstep (today some skied down Bald Mountain with Kerry, even witnessing Kerry take a few falls). Atop the mountain, snowboard in hand, the presumptive Democratic nominee said he did not want to "blow out" his knees today as he had five days of relaxation ahead. Then the senator swooshed the slopes with his wife Teresa Heinz Kerry (who took skis).

However, riding a bike, having time to read or climbing a mountain, the decision is not so simple. Even vacations have become political for presidents and the men who hope to win the Oval Office.

Kerry was considering "someplace warm" but Idaho won out (to the pool reporters dismay). Florida is more visible but sunning yourself looks un-American compared to traversing a winter wilderness.

"The Clintons turned vacations into a political exercise; let's poll and see where people think we should go," presidential historian Stephen Hess said.

The politics of presidential vacations was certainly taken to new heights when Dick Morris took a poll for Bill Clinton. The Clinton chief political adviser actually asked Americans where the president should rest up.

It revealed the obvious (as most polls do): that Americans would see another Clinton trip to Martha's Vineyard as too elitist. Instead, the First Family went to Jackson Hole, Wyo., where the president was photographed riding a horse and wearing a blue denim shirt, with a tan cowboy hat fitted squarely on his head, looking more Teddy Roosevelt than Franklin.

"The Clintons were in a unique position that few of our president's have been in. They weren't rich, they had to rely on the goodwill of strangers for their vacations," Hess continued. "While the Bushes and Heinz-Kerrys know exactly where to go on vacation."

Although President Clinton's holidays may have been poll-driven, no president does the bravado imagery of the commander in chief better than the current. President George W. Bush tromps around his ranch in Crawford, Texas, afternoons in the high 90s, the head of state sweaty, wearing the requisite cowboy boots and blue jeans, as photographers capture him carrying some kind of weed over his shoulder in a manly fashion. But there is always golf, there is always time for presidents to tee-up, Mr. Bush included.

A young Kerry at one point joined the man who personified presidential leisure, John F. Kennedy, for a sail. A photo captures the serious Kerry staring off, as the vacationing Kennedy looks very much the captain and handsome aristocrat, sunglasses resting in his hair, baby blue shirt, looking off at the bluer waters.

But such vacations are no longer seen. It's doubtful that presidents will anymore pose as Warren Harding did, in 1922, grinning in white on a course at the Palm Beach Golf Club (as elite as clubs get). Presidents now want to appear more workingman, more macho, anything but rich and possibly effeminate. Alexander Hamilton, in a letter, once referred to Thomas Jefferson and James Madison as having "a womanish attachment to France." Is anything worse?

Not so long ago, President Gerald Ford traveled to Martinique (French Caribbean territory) and relaxed poolside with French President Valery Giscard D'Estaing; unimaginable today, in the age of Freedom Fries.

"There are some things that one doesn't do anymore because of political correctness," Hess said. "But we have a tradition where there is George Washington and Abraham Lincoln, there are the patricians and the plebeians, there are people who live on the hill and those that live in the valley and Americans understand both."

Modern presidential candidates stay stateside, vacationing alone with their families, the one unilateral action seen as proper in Washington.

Prior to Sept. 11, 2001, The Manchester Guardian calculated that Mr. Bush, in his first seven months of office spent 42 percent of his time on holiday, "a whopping 54 days at his Texas ranch, 38 days at the presidential retreat at Camp David and four more at his parents' place in Kennebunkport, Maine."

That changed when the job became fundamentally more serious after the terrorist attacks. But Mr. Bush still rests, although his month-long retreat of August 2001 – the longest presidential vacation in 32 years – is no longer politically prudent while the war on terrorism is being waged.

Just another causality of post-Sept. 11 America, one assumes. Presidents vacationing less; well, so is the rest of America, an industrialized world low, according to the Bureau of Labor Statistics. After three years on the job, Americans average a measly 10.2 days off a year.

As for Kerry, he begins Friday with an early morning mountain climb. In the afternoon, he will read. Maybe ski a bit. He has nearly eight months left to tire himself out, before November, when one of two men will get all the days off he wants.