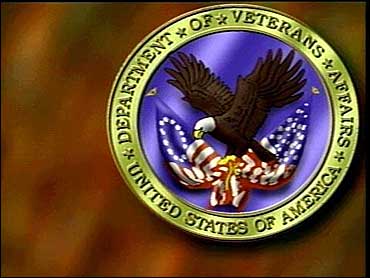 Seven veterans hospitals would close, but others would open in a 20-year Veterans Affairs plan to shift services to where veterans are living and cut costs of outdated or underused facilities.

The plan is certain to draw criticism where facilities are closing, but Veterans Affairs Secretary Anthony Principi said it was hard to avoid tough choices.

The Department of Veterans Affairs unveiled its overhaul plan Monday, a little more than a week before it will hold public hearings on the proposal.

The Waco hospital employs almost 800 people and the closing would affect 250 inpatient beds. About 17,000 veterans used the hospital's outpatient services last year. Psychiatry and nursing home beds would go to the Olin E. Teague in Temple, according to the proposal. Some psychiatry beds would be leased in Austin. Some nursing home services would be contracted out.

Marlin and Waco outpatient services would be placed at a location to be determined that is accessible to both communities.

Also, Kerrville's acute care services would go to Audie L. Murphy hospital in San Antonio as an inpatient facility is built. Kerrville would convert to a Critical Access Hospital, which limits patient treatment to procedures that require no more than 96-hour stays and has no ICU or inpatient care.

"This is probably the most comprehensive assessment of VA infrastructure since World War II," Principi said.

A 15-member commission, appointed by Principi, will consider the proposed changes and hold the hearings around the country. After the hearings, the commission will make its recommendations to Principi.

As with military base closings, the secretary must accept or reject the plan as a whole. His decision is expected by the end of the year.

Principi said the proposed restructuring is not only about closing and realigning facilities, but also about expansion and modernization. The objective is to meet the needs of veterans for the next 20 years, he said.

"I'm not trying to save money. I'm trying to transform an infrastructure that has been built or acquired over the past 50 years," he said.

"Everyone is aware of the difficulty VA has meeting demand," Ilem said. "When we have hundreds of thousands of veterans on waiting lists (for medical appointments), we don't want to see facilities closed due to fiscal problems."

Rick Weidman, government relations director for the Vietnam Veterans Association, agreed that strategic planning is important. But he said a General Accounting Office study that helped trigger the facilities overhaul failed to consider that many are vacant because veterans health care is underfunded.

The restructuring is estimated to cost $4.6 billion over 20 years, with some costs offset by closing hospitals or leasing out unused facilities.

Principi has pushed for other VA changes, some to improve veterans' health services and others to deal with a burgeoning population. Last month, VA temporarily allowed veterans to go to mail-order pharmacies to get medicines prescribed by private doctors.

The restructuring has triggered opposition, including legislation sponsored by Florida Sen. Bob Graham, a Democratic presidential candidate, that would give Congress 60 days to review proposed hospital closings. A House version sponsored by Rep. Dennis Moore, D-Kan., has 163 co-sponsors. Neither bill has been acted on.

"At a time when many troops are overseas and will need these services when they come home, you want to bolster our veterans' health care, not gut it," Sen. Charles Schumer, D-N.Y. said.