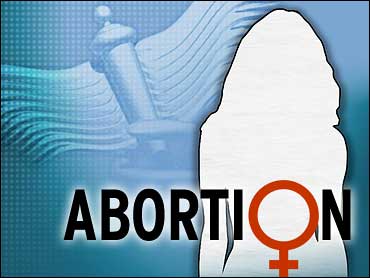 (AP / CBS)
Republican Virginia State Delegate Bob Marshall said at a press conference last week that God is taking "vengeance" on parents who have had abortions by making their other children disabled, according to the News Leader in Central Virginia.

"The number of children who are born subsequent to a first abortion with handicaps has increased dramatically," he reportedly said. "Why? Because when you abort the first born of any, nature takes its vengeance on the subsequent children."

"In the Old Testament, the first born of every being, animal and man, was dedicated to the Lord," he added. "There's a special punishment Christians would suggest."

Marshall posted a statement on his Web site distancing himself from the comments.

"No one who knows me or my record would imagine that I believe or intended to communicate such an offensive notion," he wrote. "I have devoted a generation of work to defending disabled and unwanted children, and have always maintained that they are special blessings to their parents. Nevertheless, I regret any misimpression my poorly chosen words may have created as to my deep commitment to fighting for these vulnerable children and their families."

Marshall made the comments at an event calling for Virginia not to offer state funding for the group Planned Parenthood, which performs abortions.