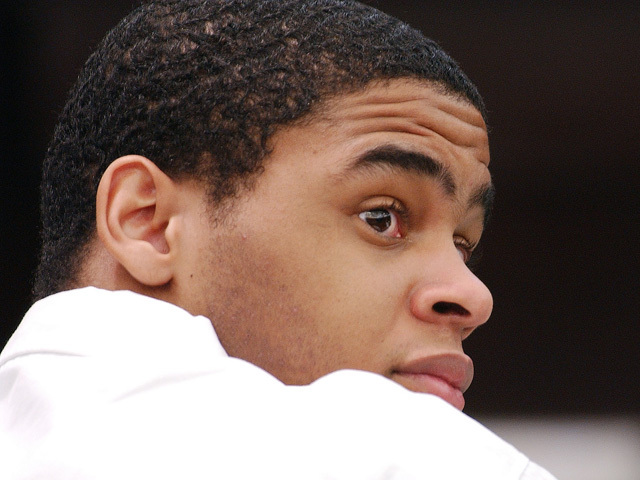 Jerry Terrell Jackson, 30, was pronounced dead at 9:14 p.m. Thursday at Greensville Correctional Center. Jackson was sentenced to death for the 2001 rape and murder of seamstress Ruth Phillips in her Williamsburg apartment.

Asked if he had any final words, Jackson shook his head and said "no" under his breath.As he waited for the drugs to be administered, he tapped his foot as he lay strapped to a stainless steel gurney. The execution team took about 15 minutes to insert two intravenous lines, one into each arm. Within four minutes of the lines being inserted, he was pronounced dead.

Like other states, Virginia recently replaced sodium thiopental with pentobarbital after a nationwide shortage of the sedative, which is administered before two other drugs that stop the inmate's breathing and heart. Attorneys in some states have contested the use of pentobarbital, but federal courts have ruled the change is not significant enough to stop executions.

Pentobarbital has been used in two dozen executions this year, according to the Death Penalty Information Center.

Richard Phillips, who found his mother dead on Aug. 26, 2001, said the execution was long overdue. Neither Phillips nor other members of Phillips' family witnessed the execution.

Ruth Phillips, a widow for 30 years, followed her son to Virginia from New Hampshire in the late 1990s. She worked as a seamstress making slip covers and draperies up until her death. Richard Phillips said he had wanted her to move close to him so that she would be safe.

Authorities say Jackson broke into her apartment. When she awoke and found him rummaging through her purse, she offered him anything if he would leave. Instead, he put a pillow over her face and raped her, according to authorities. They said Jackson then fled in her car and used the $60 he stole from her apartment to buy marijuana.

"I'm sorry Mrs. Phillips lost her life due to something that I done," Jackson had said recently. "I'm sorry to Mr. Philips that he hurt so much. I'm sorry that he lost his mother."

Jackson nearly got a reprieve last year when U.S. District Judge Leonie Brinkema allowed a two-day evidentiary hearing in which Jackson's brother and sister testified about the abuse he suffered at the hands of his father and stepfather while growing up.

Brinkema ordered that Jackson at the time should receive a new sentencing hearing, saying the testimony "painted a graphic picture of an unwarranted, continuous, sadistic course of conduct that terrorized and dehumanized Jackson throughout his childhood." But earlier this year, a federal appeals court overturned that ruling on a technicality.

Recently, Jackson's attorneys had argued jurors should get a chance to hear those graphic details of childhood abuse.

That argument was not enough to sway Gov. Bob McDonnell, who denied a request to commute Jackson's sentence to life in prison last week. The U.S. Supreme Court denied a request earlier in the day Thurdsay to block the execution.

In a telephone interview with The Associated Press last Friday, Jackson talked about the abuse, which began with a broken arm when he was 19 months old and continued with sexual abuse and beatings with a fist, belt and once a two-by-four for more than a decade.

Jackson acknowledged killing Phillips. Even though he says it's not an excuse for what he did, Jackson says he doesn't think it would have happened if he could have escaped the abuse as a child.

The Rev. Christine Payden-Travers, who has written to and visited with Jackson for several years, called him a loyal and caring friend to many people.

She was with Jackson until he was taken into the death chamber. She then witnessed the execution, holding her bible, sometimes shutting her eyes and appearing to mouth a prayer. She had called up until the final hours for Jackson's life to be spared.

"He is not a monster," she said. "There is good in him as well as the bad that he's done.

"I wanted him to know there was somebody with him who loved him and who saw him as a beloved child of God," she said. "And to know that in the midst of the state taking his life that there were people there that cared about him."

Paden-Travers and Jackson's attorney declined to comment after the execution.

Jackson had followed news reports about the use of pentobarbital, including a recent Georgia execution in which there was some evidence the inmate suffered when the drug was used. He said he was concerned about its use.

Department of Corrections spokesman Larry Traylor said the execution team had trained on the amended protocol using the new drug, read to "carry out the order of execution in a professional and constitutional manner."