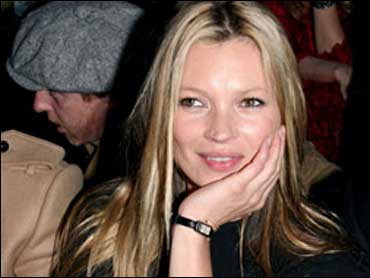 "He told the staff this morning he is running as an independent," said an aide, Linwood Duncan.

Duncan said the lawmaker was personally faxing an announcement about his decision from his campaign office in Virginia. He represents the state's 5th District, which runs from Charlottesville to the tobacco-growing "Southside."

Goode had informed associates of his plans Sunday night.

Goode's decision represents a triumph for Republicans, although it was not clear whether he would seek to align himself with the GOP in any official way. His decision could jeopardize Democrats' hopes of regaining control of the House in this year's election.

With Goode's defection, Republicans will hold a 222-211 majority in the House, with two independents, Rep. Bernard Sanders of Vermont and Goode. Sanders is closely aligned with the Democrats, who protect his committee assignments.

Party switches are unusual in Congress, although there have been several in the years since the Republicans won control of the House in the 1994 elections. Five House Democrats switched to the GOP over a period of several months in 1995 and 1996. The most recent change of parties came last summer, when a Republican, Rep. Michael Forbes of New York, became a Democrat.

Goode (rhymes with food), 53, was first elected to Congress in 1996 after serving in the Virginia Legislature. Democrats cheered his election, despite his strongly conservative voting record, since his victory meant they had kept yet another Southern seat from falling into the hands of Republicans.

Rumors of Goode's disaffection with the Democrats began circulating within months, and Republicans courted him actively. A fellow Virginian, Rep. Tom Davis, is chairman of the House GOP campaign committee, and he has publicly advocated giving Goode a coveted seat on the House Appropriations Committee if he switched to the GOP.

He twice sought the Democratic nomination to the Senate, in 1982 and 1994.

Among key votes in 1998, Goode voted for two counts of impeachment against Clinton; against granting the president fast-track trade negotiating authority; and for a Republican overhaul of managed heath care.

Goode's district went against Clinton in both his elections.