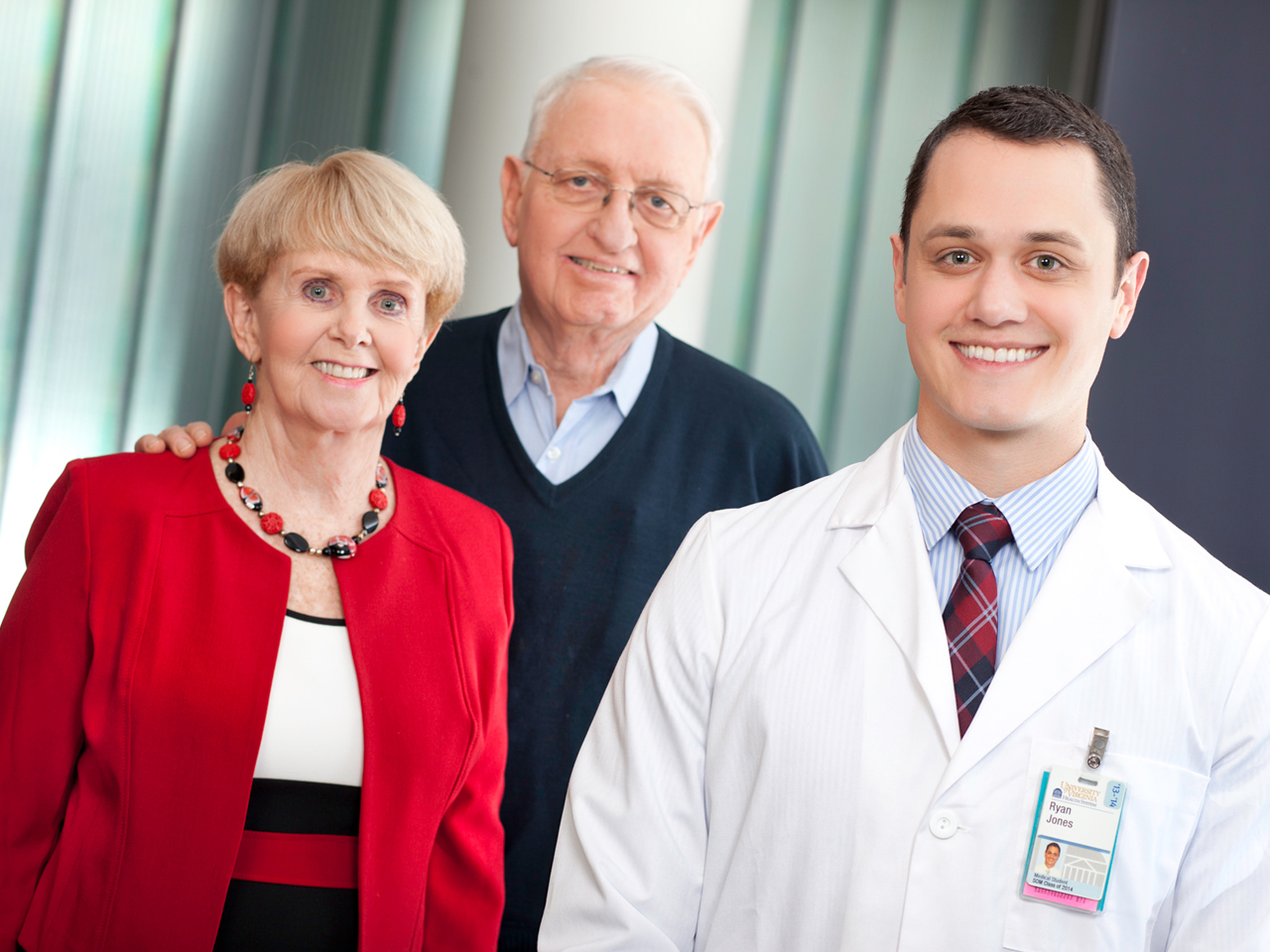 A University of Virginia medical student who thought he was just taking part in a training exercise is now being credited with potentially saving a man’s life.

Med student Ryan Jones was participating in the standardized patient program at the medical school. Actors are assigned a specific condition that they pretend they have, then medical students try to figure out what is wrong with their “patients” by listening to their complaints and examining them.

Actor-patient Jim Malloy was told to portray the symptoms of an abdominal aortic aneurysm, which is when the main blood vessel that brings blood to the abdomen, pelvis and legs becomes enlarged. The condition can grow for many years without symptoms. It is most commonly seen in men over the age of 60 who have emphysema, genetic risks, high blood pressure, high cholesterol, obesity and who were or currently are smokers.

Left untreated, if the aneurysm expands too quickly it can burst open or leak blood along the blood vessel walls. This could lead to internal bleeding and death. Fast-growing aneurysms that are larger than two inches across are often candidates for surgical removal.

When Jones examined Malloy, he actually found an abdominal aortic aneurysm. The student initially thought Malloy may have been a decoy, but thought it was best to mention that he detected something real.

"He thought I might have been a ringer that was planted in there to test him, and I had no symptoms,” Malloy explained. “He thought I was a plant with the real situation."

Malloy himself didn’t know there was anything wrong with him.

“I really didn't think anything of it until the supervising doctor told me they had discovered something,” he said. “Then I was concerned that Ryan found, felt an aneurysm."

Malloy had stent placement surgery to remove the aneurysm in August and has since recovered. His wife Louise said she was initially scared by the diagnosis. She said she is extremely thankful that Jones was able to detect her husband’s medical problem before it was too late.

“Don’t ever think you can’t affect a life,” she said in a press release this week. “My husband, Jim, is living proof that you can.”

UVA said Jones is currently interviewing for residency programs across the country and plans to become a radiation oncologist.