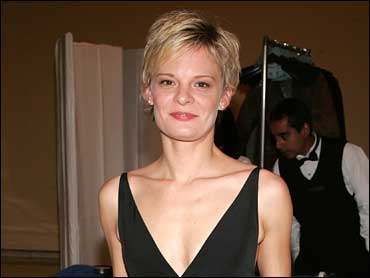 "The Coast of Utopia" was chosen best play of the New York theater season, and "Spring Awakening" was named best musical in awards given Sunday by the Drama Desk, an organization of theater journalists.

Frank Langella received the top actor prize for his portrayal of Richard M. Nixon in Peter Morgan's docudrama "Frost/Nixon." Eve Best was named best actress for her portrait of the gawky Josie Hogan in the Old Vic revival of Eugene O'Neill's "A Moon for the Misbegotten."

Lead musical-performance prizes went to Raul Esparza as an indecisive bachelor in the revival of "Company," and to both Donna Murphy of "LoveMusik" and Audra McDonald of "110 in the Shade" who tied in the actress-musical category.

Vanessa Redgrave won the solo performance prize for playing Joan Didion in the author's stage adaptation of her best-selling memoir, "The Year of Magical Thinking."

Featured musical-performance awards were given to Debra Monk as a hard-boiled producer in "Curtains" and to Gavin Lee for his portrayal of Bert the chimney sweep in "Mary Poppins." The Disney-Cameron Mackintosh musical also picked up the prize for sets-musical (Bob Crowley).

The choreography prize went to Andy Blankenbuehler who created the dances for the off-Broadway musical "In the Heights."

Special, non-competitive prizes for ensemble acting were given to the casts of both "In the Heights" and "Lebensraum."

The awards show was held in the concert hall at F.H. LaGuardia High School of Music and Art and the Performing Arts.

The Drama Desk, which was founded in 1949, honors both Broadway and off-Broadway productions.