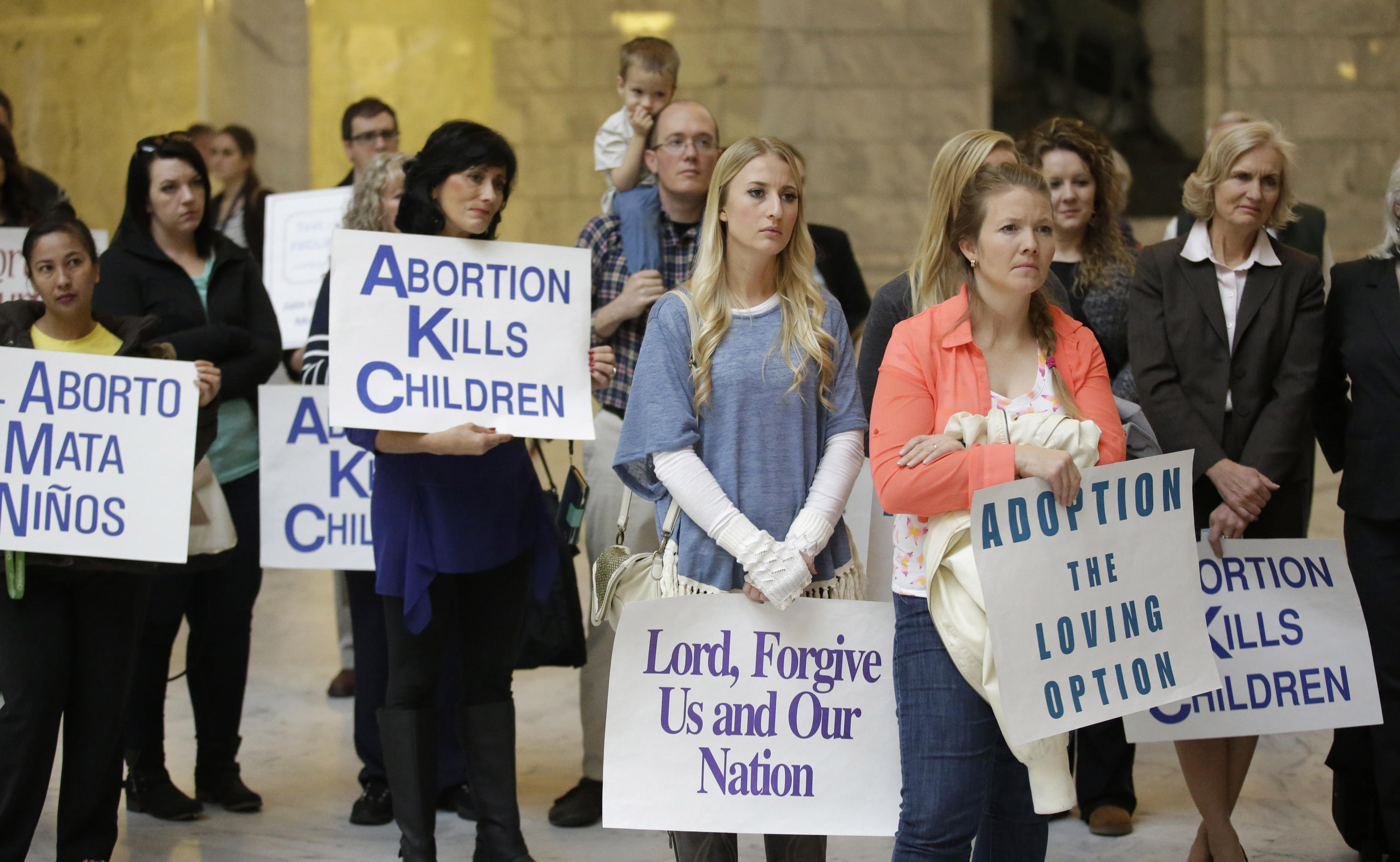 Nine months later, the only licensed clinic providing those abortions in the state says no changes have been made in how doctors perform the procedures.

The handful of doctors who do the abortions at the clinic run by the Planned Parenthood Association of Utah are trying to comply with the law passed last May but it contained no specific guidance on how to do so, said Karrie Galloway, the group’s CEO.

Dr. Leah Torres, one of five or six licensed physicians who perform these elective abortions at the clinic, said she went to legislators, the governor’s office and the attorney general’s office seeking an explanation on what treatment she’s supposed to give. She said they gave her none and recommended she speak to a lawyer.

“I guess I’m breaking the law, but I don’t know how to not break it because no one would tell me,” Torres said in an interview with The Associated Press.

Dr. M. Sean Esplin, a Utah physician who performs these abortions in emergency situations, such as if the mother’s life is at risk, which is not covered by the law, said a strict interpretation could force doctors to choose between two risky procedures: Administering anesthesia via a needle directly into the umbilical cord or giving women general anesthesia.

The law, he said, “is, in my opinion, a waste of our money and our time by someone who is trying to make a political statement and really not worried about what’s best medically or what’s best for people’s health.”

Utah Gov. Gary Herbert told the AP that physicians should try to get directions from the attorney general’s office if they don’t understand how to follow the law.

Dan Burton, a spokesman for the attorney general’s office, said that the office does not “specifically regulate doctors in Utah.”

He suggested asking Utah’s Department of Health but the spokesman for that agency, Tom Hudachko, said it had no guidance for the doctors because the law “didn’t task us with doing that.”

Sixteen states ban abortions starting at about 20 weeks, according to Guttmacher Institute, a research organization that supports abortion rights. Utah allows such procedures, but last year passed the first law in the nation to require anesthesia or painkillers for fetuses after 20 weeks.

Montana lawmakers passed a similar law in 2015 requiring fetal anesthesia before surgeries, including abortions, performed after 20 or more weeks of gestation, but its Democratic governor vetoed the measure.

The Utah law has no definition of legal fetal anesthetics or whether doctors have complied if women receive anesthesia or painkillers during abortions with those drugs passing to the fetus.

Burton said the attorney general’s office is unaware of any investigations into doctors for alleged violations. He said any violations would probably be punishable by fines of up to $750.

The Republican lawmaker who sponsored the legislation, Sen. Curt Bramble, said in an interview that he did not know how the law is being implemented, but expects doctors to comply.

The most recent data available from Utah’s health department show that doctors in the state performed 25 abortions at 21 weeks of gestation or later in 2015.

Dr. David Turok, another physician who provides the abortions at the Planned Parenthood clinic, said he tells his patients that research shows fetuses likely cannot feel pain prior to 24 weeks but believes he is probably following the law by giving women moderate sedation.

Mary Taylor, the president of Pro-Life Utah, said her group supported the law but that she wishes it had been enacted with tougher language and that there was more enforcement so physicians would be more likely to comply.

Eric Scheidler of the national anti-abortion group Pro-Life Action League accused the clinic’s doctors and Planned Parenthood of trying to skirt the law.

“What’s happening here is that these abortionists do not want to have to acknowledge the value of the life of the unborn child and the pain that those children experience,” he said.

Galloway said the confusion surrounding the law is proof that Utah’s state legislators did not understand the medical impact of what they were doing when they passed it.

“When politicians try to practice medicine, you don’t get real medicine,” she said. “And that’s what we’re dealing with.”