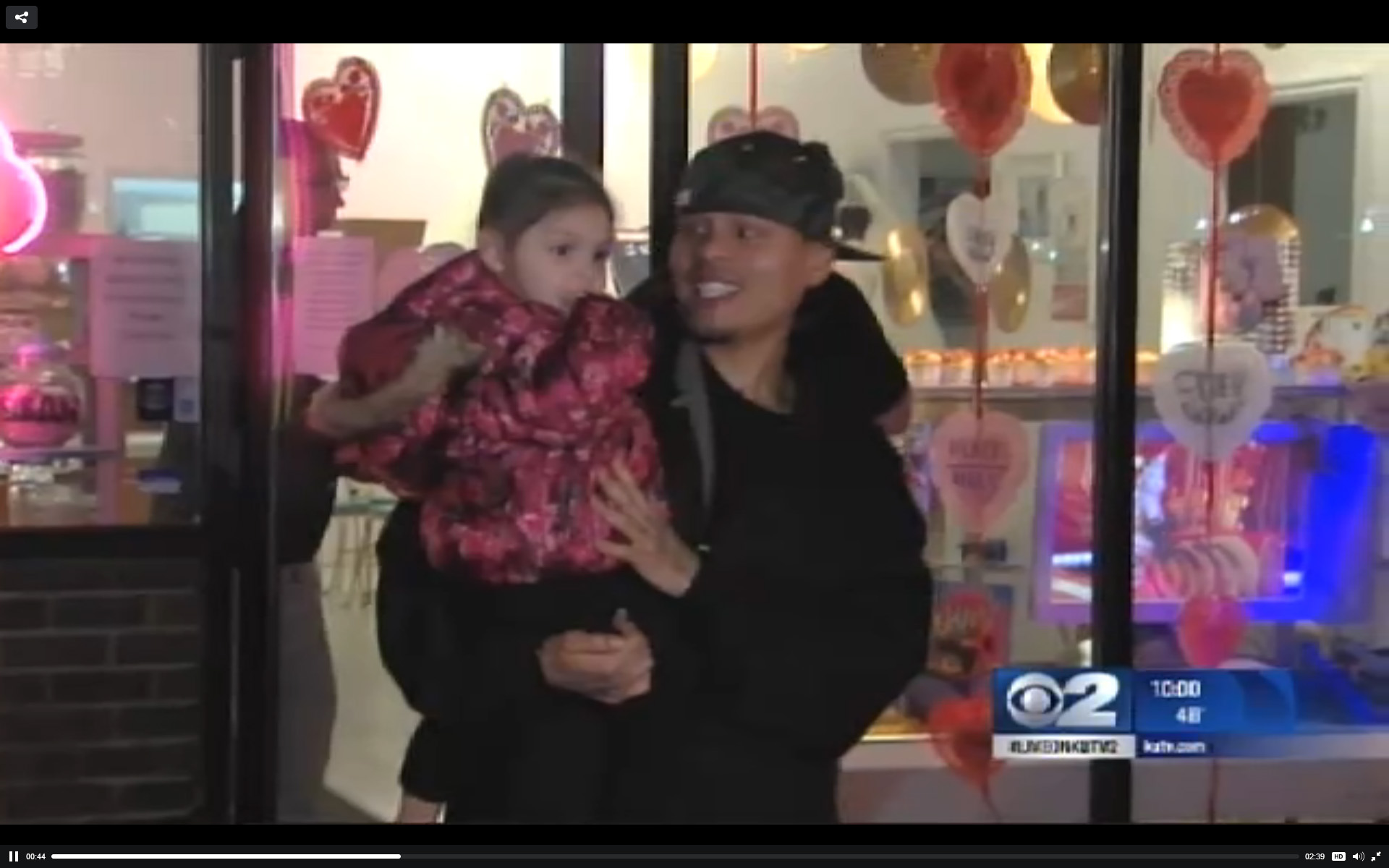 SALT LAKE CITY -- Police say a 3-year-old girl who was in a car when it was stolen in South Salt Lake, Utah has been found safe.

Police spokesman Gary Keller says the Hyundai Santa Fe was stolen outside a convenience store Wednesday afternoon by a woman who asked for a cigarette from the child's father. When he went inside the store, she took off in the still-running car.

Police found 3-year-old Bella Martinez and the car outside a cupcake shop about two hours later. The owner of the shop, Leslie Fiet, told CBS affiliate KUTV she received an Amber Alert on her phone and noticed there was a vehicle that matched the description in the alert parked in front of her store.

Then, she saw a little girl inside the abandoned vehicle, crying, reports the station.

"I didn't know if there was anybody around or if there was another person in the car, but I just heard this little girl crying and so my first thought was I had to get her out of there and get her in the store, where it was safe," Fiet told the station.

The girl's family gathered at the shop for an emotional reunion with their daughter, reports the station.

"We had everyone driving around looking for her, we're glad we found her safe and not harmed at all," said the girl's uncle, Jesus Godoy, told the station.

Police quickly identified the suspect as 24-year-old Rosalee Marie Key, who they recognized in surveillance video, reports KUTV. Key was arrested by Salt Lake City police less than three hours after the car was stolen.