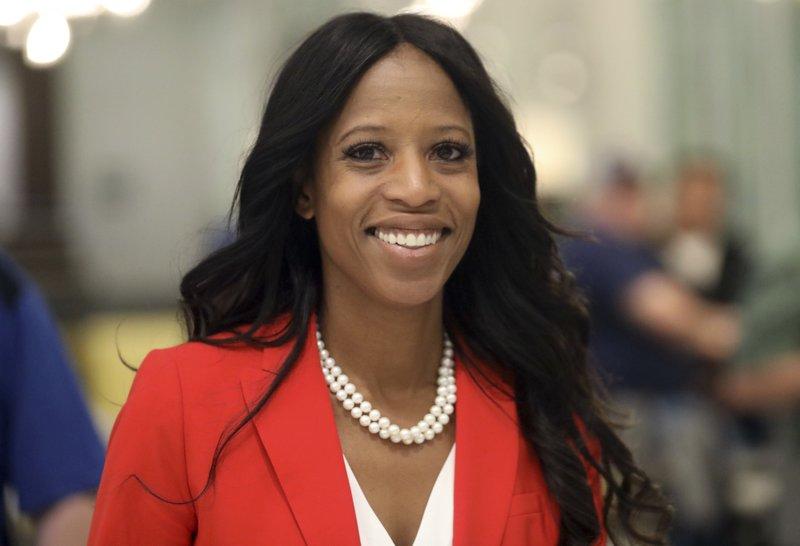 Republican Rep. Mia Love sued to halt vote counting in the Utah race where she is trailing her Democratic challenger by a razor-thin margin, saying her campaign must be allowed to issue challenges if they dispute the validity of mail-in ballots.

In a contest where "every single vote is crucial," the Love campaign claimed poll-watchers have seen a few cases where voter signatures on ballots accepted by election workers did not appear to match those on file in Democratic-leaning Salt Lake County.

County attorneys pushed back in court documents, arguing state law gives the campaign no right to interrupt the vote count, and letting the campaign question signatures could violate voters' rights by revealing who they cast their ballots for.

Democratic challenger Ben McAdams, meanwhile, said the lawsuit "smacks of desperation," and elections officials, not candidates, should decide what votes should count.

Love's campaign is "not accusing anyone of anything," but they believe a few instances deserve more scrutiny, campaign attorney Robert Harrington said in a statement. Voting is done primarily by mail in Utah.

County Clerk Sherrie Swenson, a Democrat, said Love's campaign staff was granted access to observe the tallies but is not allowed to be interactive participants in the signature verification process. Results her office released Wednesday night sliced into McAdam's lead, putting Love less than half a percentage point behind him. Her campaign manager Dave Hansen cheered the news, saying she is on a "path to victory."

A judge is set to hear arguments on Thursday.

McAdams is leading Love by less than 900 votes as counting continued more than a week after Election Day. He is the mayor of Salt Lake County, where 85 percent of voters in the district live.

President Donald Trump called out Love by name in a news conference last week where he bashed some fellow Republicans, saying she and others lost because they didn't fully embrace him. His comments came despite the outcome of the vote being in doubt.

Utah law allows challenges to a voter's eligibility if they are suspected of trying to vote in someone else's name, but it is unclear how that applies to mail-in balloting recently adopted by most counties in the state. Utah Elections Director Justin Lee declined to comment.

Love, who became the first black Republican woman elected to Congress in 2014, argues there must be a process for challenging a signature on an envelope swiftly, since after it's confirmed the ballot is permanently separated from the envelope to be tabulated. Salt Lake County has signaled it may complete its vote count by Thursday, the suit said.

But nothing in their petition shows any violation of election law in Salt Lake County, the county said in a motion asking a judge to dismiss the lawsuit.

When tabulating mail-in ballots, county elections workers compare signatures to verify a voter's identity. If a worker decides a voter signature doesn't match the one on file, the person gets a letter informing them and asks them to sign and return an affidavit confirming their identity.

It's not the first lawsuit Swenson's office has faced from Republicans this election cycle. A few days before the vote, two GOP candidates accused her of failing to send thousands of ballots to voters in a timely manner, but the case was tossed out after a hearing.

A similar lawsuit was filed in New Mexico on Tuesday by a Republican who lost her bid for a U.S. House seat. Yvette Herrell asked a county judge to impound absentee ballots so her campaign could inspect them after the county canvassing board certified that Democrat Xochitl Torres Small had won.