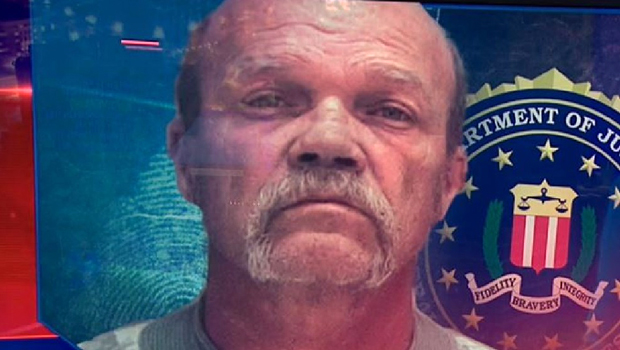 SALT LAKE CITY -- A Utah militia group leader with ties to Nevada rancher Cliven Bundy has been arrested and charged with attempting to blow up a rural, federally owned cabin in Arizona, federal authorities said Thursday.

An FBI agent said in charging documents that William Keebler, 57, was planning to retaliate against the federal government that he felt was harassing people and imposing overreaching grazing restrictions on ranchers.

Keebler is a the leader of a citizen militia group called the Patriots Defense Force in Stockton, Utah, about 40 miles west of Salt Lake City, according to the charging documents.

Authorities say undercover FBI employees followed Keebler as he planned to set off an explosive outside a U.S. Bureau of Land Management cabin in the northern Arizona area of Mt. Trumbull.

Keebler traveled to the Arizona cabin Tuesday night with militia members and undercover FBI employees. An inactive explosive was placed against the door and Keebler was handed a remote detonation device and pushed it several times, according to the FBI.

The FBI arrested Keebler in Utah on Wednesday morning. He faces one count of attempting to damage federal property with an explosive. If convicted, he could face up to 20 years in prison, according to U.S. Attorney's Office spokeswoman Melodie Rydalch.

Keebler did not have a listed attorney Thursday and no listed home phone number where someone could comment on his behalf.

He was scheduled to make an initial court appearance Thursday afternoon.

According to the FBI, Keebler was at Cliven Bundy's Nevada ranch during a 2014 armed standoff with federal officials who were rounding up Bundy's cattle over unpaid grazing fees.

He was also an associate of Arizona rancher Robert "LaVoy" Finicum, who served as a spokesman for Bundy's son, Ammon Bundy, and other ranchers involved in an armed standoff at an Oregon wildlife refuge earlier this year.

The FBI says Finicum accompanied Keebler last October when scouting out the BLM facility in Arizona. Finicum was shot and killed by authorities during a Jan. 26 traffic stop that led to Bundy's arrest.

After Finicum's death, Keebler and members of his militia group discussed repercussions against a government they said was harassing people and imposing overreaching restrictions on ranchers, according to the FBI.

The militia group scouted out a BLM office in downtown Salt Lake City but abandoned the idea because it was near a shopping mall and homeless population, making it highly visible. Instead, they settled on the BLM cabin in Mt. Trumbull.

It's unclear what the cabin is used for.

A BLM spokeswoman and Rydalch with the U.S. Attorney's Office declined to describe the facility or whether employees were working there.