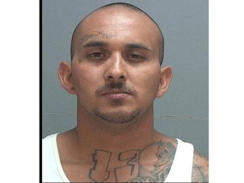 Police say they recently served a warrant there.

KUTV reports a man walked into the home and opened fire around 8 a.m. Tuesday morning. According to the station, police received a 911 call from inside the house while the shooting was taking place.

Four people were shot. Three of the victims died from their wounds and the remaining victim, a female, was taken to a hospital in critical condition, the station says.

Police are reportedly searching for two suspects. One of the persons of interest is 25-year-old David Fresques. Fresques' Nissan Maxima was located at a Motel 6 in Midvale, but Fresques has not been found, KUTV reports.

Police dogs are being utilized in the search.

The lockdown of local schools has been lifted. The station says police officials are at the schools and feel the children are safe.