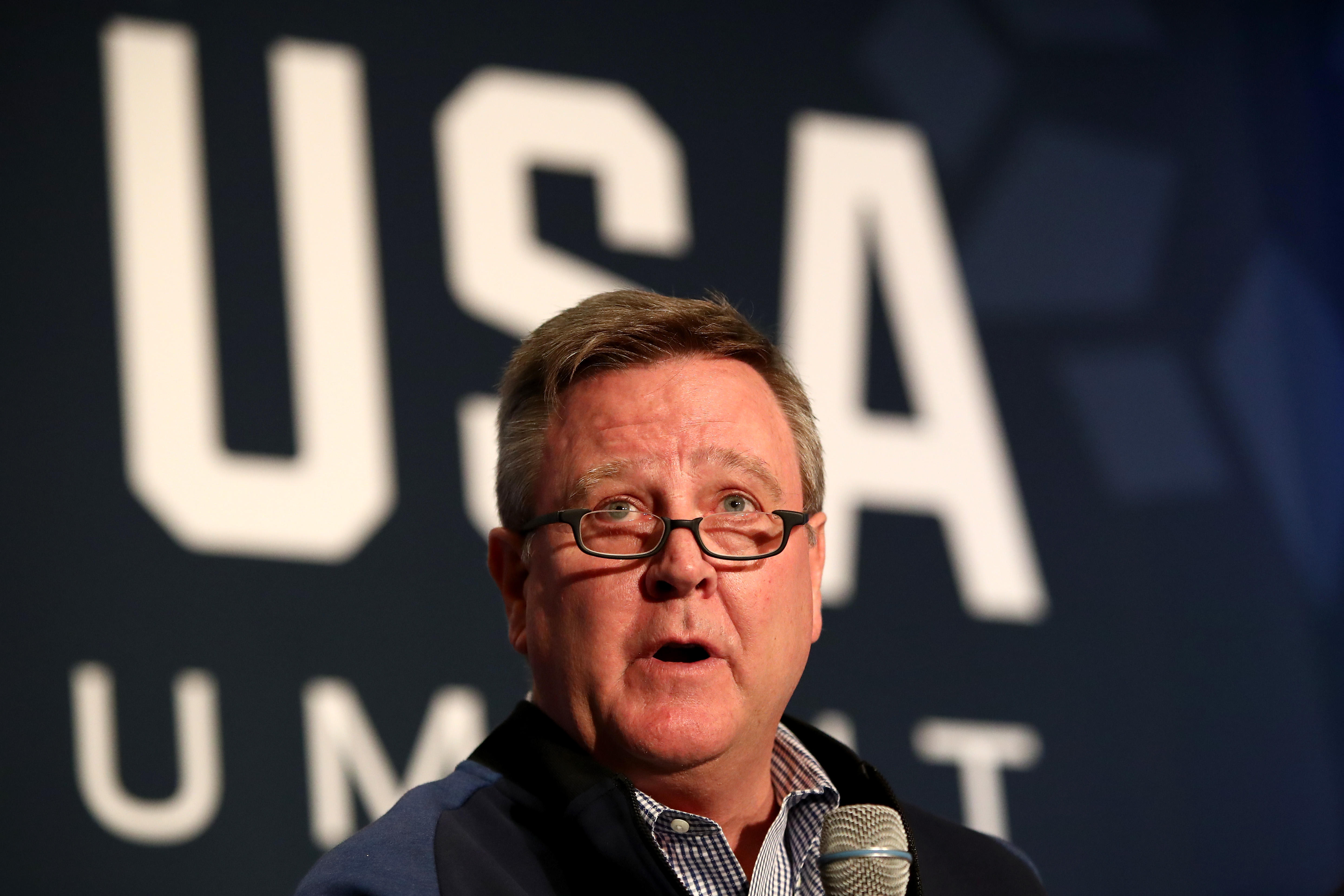 COLORADO SPRINGS, Colo. -- Scott Blackmun is resigning as CEO of the U.S. Olympic Committee, citing health problems as the reason he'll depart after leading the federation for more than eight years. The 60-year-old CEO was diagnosed with prostate cancer earlier this winter, and did not attend the Pyeongchang Games. He announced his resignation Wednesday. Susanne Lyons, a member of the board, will serve as acting CEO.

Blackmun leaves the federation amid calls for his departure, including from two U.S. Senators, who said neither he nor the USOC as a whole have done enough in response to sex abuse cases in the U.S. gymnastics team.

The USOC is conducting an independent review of when Blackmun and others learned the details about abuse cases at USA Gymnastics and whether they responded appropriately.

At a news conference to kick off the Olympics, USOC chairman Larry Probst said Blackmun had served the USOC with distinction and the board found no reason to relieve him.

"Given Scott's current health situation, we have mutually agreed it is in the best interest of both Scott and the USOC that we identify new leadership so that we can immediately address the urgent initiatives ahead of us," Probst said Wednesday.

The USOC said it was starting many initiatives, including providing new funding and resources for victims of Larry Nassar, the doctor who abused members of the U.S. gymnastics team. It also will review its relationships with national governing bodies of Olympic sports and double funding to the U.S. Center for SafeSport.

Blackmun's last several years at the helm of the USOC have been focused on establishing the center, which stemmed out of task forces to determine how to compel governing bodies of all Olympic sports to use the same rules about reporting and the handling of abuse cases.

It was a herculean task that involved raising millions of dollars to start an independent organization that polices abuse cases in a similar manner as the independent U.S. Anti-Doping Agency runs doping control in the United States.

But all the cases in question -- including dozens involving USA Swimming and USA Gymnastics -- occurred before the new protocols came into play. The shocking testimony from dozens of gymnasts who were abused by Nassar led to calls for a complete turnover of the USA Gymnastics board, and then for Blackmun's removal.

Blackmun started as CEO just before the 2010 Vancouver Games and settled an organization that had been rife with infighting after the surprise removal of Jim Scherr and his replacement with Stephanie Streeter, who lasted less than two years.

Blackmun smoothed over rocky relationships with national governing bodies and with the International Olympic Committee, renegotiating an agreement over sharing revenues from TV and sponsorship deals that caused problems between the two entities for years.

The reworked deal smoothed the way for the USOC to bring the Olympics back to the United States for the first time since 2002, when it landed the 2028 Games for Los Angeles. Some, however, criticized that deal as a consolation prize; L.A. really bid for the 2024 Games, which were awarded to Paris, and the IOC ended up granting 2028 to L.A., which was the only other candidate for 2024.