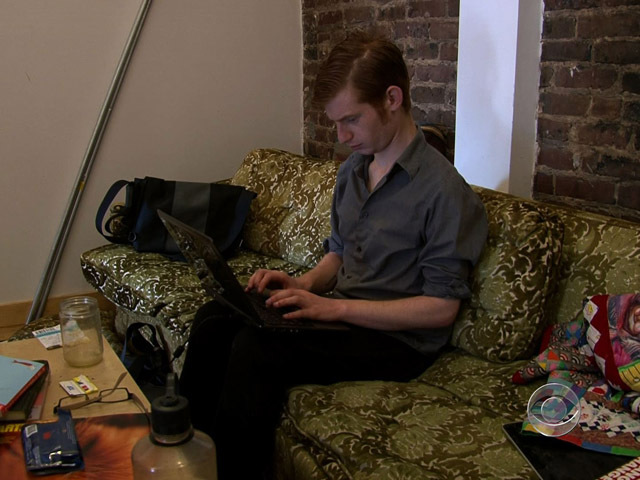 (CBS News) NEW YORK - Facebook and Twitter are now essential tools for protest movements like Occupy Wall Street. According to a survey by the International Association of Chiefs of Police (IACP), nine in 10 law enforcement agencies say they monitor social media. CBS News correspondent Tony Guida reports they are using what they find to make cases against demonstrators.

When Occupy Wall Street occupied the Brooklyn Bridge last October, police arrested 732 protesters, virtually all charged with disorderly conduct -- neither a crime nor a misdemeanor -- but a violation, like loitering.

"It's a whole lot of fuss over a politicized traffic ticket," said 23-year-old Malcolm Harris, who was among those arrested. However, he was one of just a handful whose Twitter account was subpoenaed.

The D.A. maintains that Harris' public Tweets prove his intent to defy police orders to disperse.

"It's a fishing expedition and they're going fishing for whatever information they can dredge up, whatever will make this harder on the people going out there protesting," said Harris.

Harris's lawyer, Martin Stolar, said the subpoena of Tweets in a case that is not even a crime is much ado about nothing.

"We're sitting here with this subpoena smashing a gnat with a sledgehammer, and it's absurd," said Stolar.

Judge Matthew Sciarrino disagrees. Citing Twitter's user agreement that it is authorized "to make your tweets available to the rest of the world...," he ruled that "the Tweets the defendant posted were not his," and therefore he has no standing to challenge their subpoena.

Harris plans to keep up his fight.

Twitter remains a major organizational tool for the Occupy Wall Street movement. Its power figures to be on display again next Tuesday when a huge May Day rally is planned at a park.