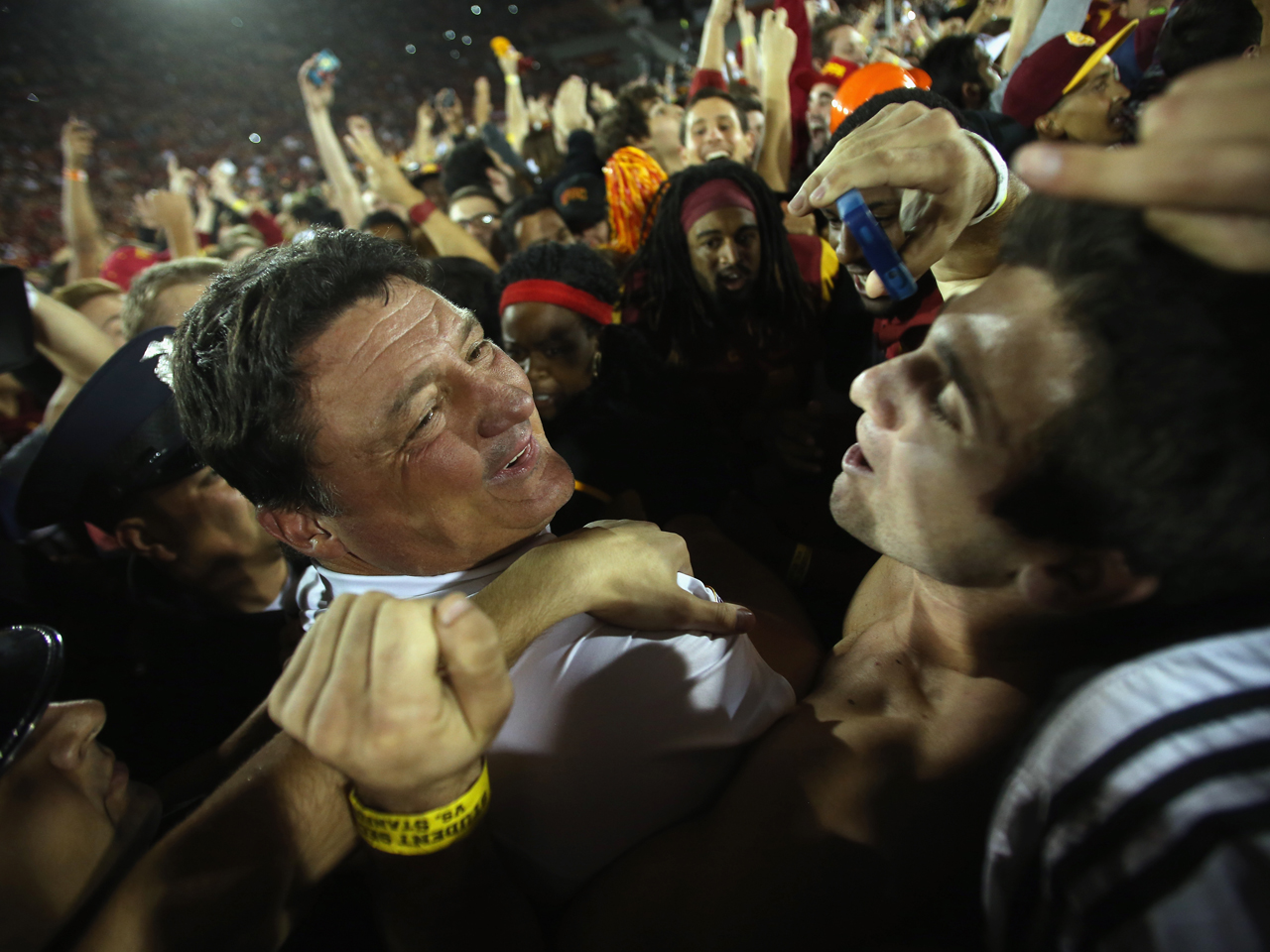 LOS ANGELES - At least three Southern California fans have been taken to hospitals after they stormed the Coliseum field following the Trojans' 20-17 upset victory over No. 5 Stanford.

USC spokesman Tim Tessalone says three fans were taken away. One fan had an injured leg, while another a blood pressure concern and a third had a medical issue related to diabetes.

Los Angeles Fire Department spokeswoman Katherine Main says 10 people were taken to hospitals from the Coliseum on Saturday night - five during the game and five more after the game. She had no immediate details on the injuries or when they occurred, but said the injured were in fair condition.

Thousands of fans flooded onto the field after the Trojans upset the Cardinal on a last-minute field goal.

Andre Heidari kicked a 47-yard field goal with 19 seconds to play, and USC’s stalwart defense repeatedly came up big in a 20-17 upset of the Cardinal on Saturday night.

Cody Kessler passed for 288 yards as the revitalized Trojans (8-3, 5-2 Pac-12) earned their fifth win in six games under the irrepressible Orgeron, who replaced the fired Lane Kiffin in late September.

“In our tight-knit family, there was a belief that we were going to find a way to win the game,” Orgeron said. “I’m proud of our young men. This is something that they’ve wanted for a long time now.”

USC’s remarkable defensive performance included two fourth-quarter interceptions and a season-low 17 points from the powerful Cardinal (8-2, 6-2), who followed up last week’s win over Oregon by getting knocked out of the national title chase and maybe the Rose Bowl race as well.