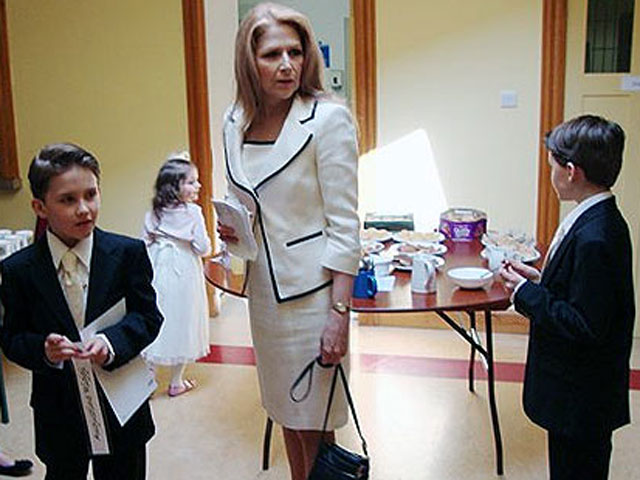 EDINBURGH, Scotland - An American woman living in Scotland on Monday acknowledged stabbing her three children to death amid a custody battle with their father.

Theresa Riggi, 47, pleaded guilty in an Edinburgh court to culpable homicide on the grounds of diminished responsibility.

Her lawyer, Donald Findlay, said she was suffering from narcissistic, paranoid and hysterical personality disorders and acute stress.

She had originally been charged with killing 8-year-old twins Austin and Luke and their 5-year-old sister Cecilia.

The children's bodies were found in August after a gas explosion at their Edinburgh apartment. Their mother was hospitalized after falling or jumping from an upper-floor balcony. She was found to have self-inflicted stab wounds.

Riggi and her husband, American oil industry executive Pasquale Riggi, were getting divorced and contesting the custody of their children at the time of the killings.

Theresa Riggi wept in court as her lawyer called the case "the most tragic and difficult case that I have ever had to deal with in over 35 years in these courts."

Pasquale Riggi, an executive with Royal Dutch Shell PLC based in the Scottish port city of Aberdeen, grew up near Denver. Scottish police said the family also had ties to California, and media there reported Theresa Riggi grew up in Bakersfield.

The case was adjourned until April 26 when the judge is expected to pass sentence.