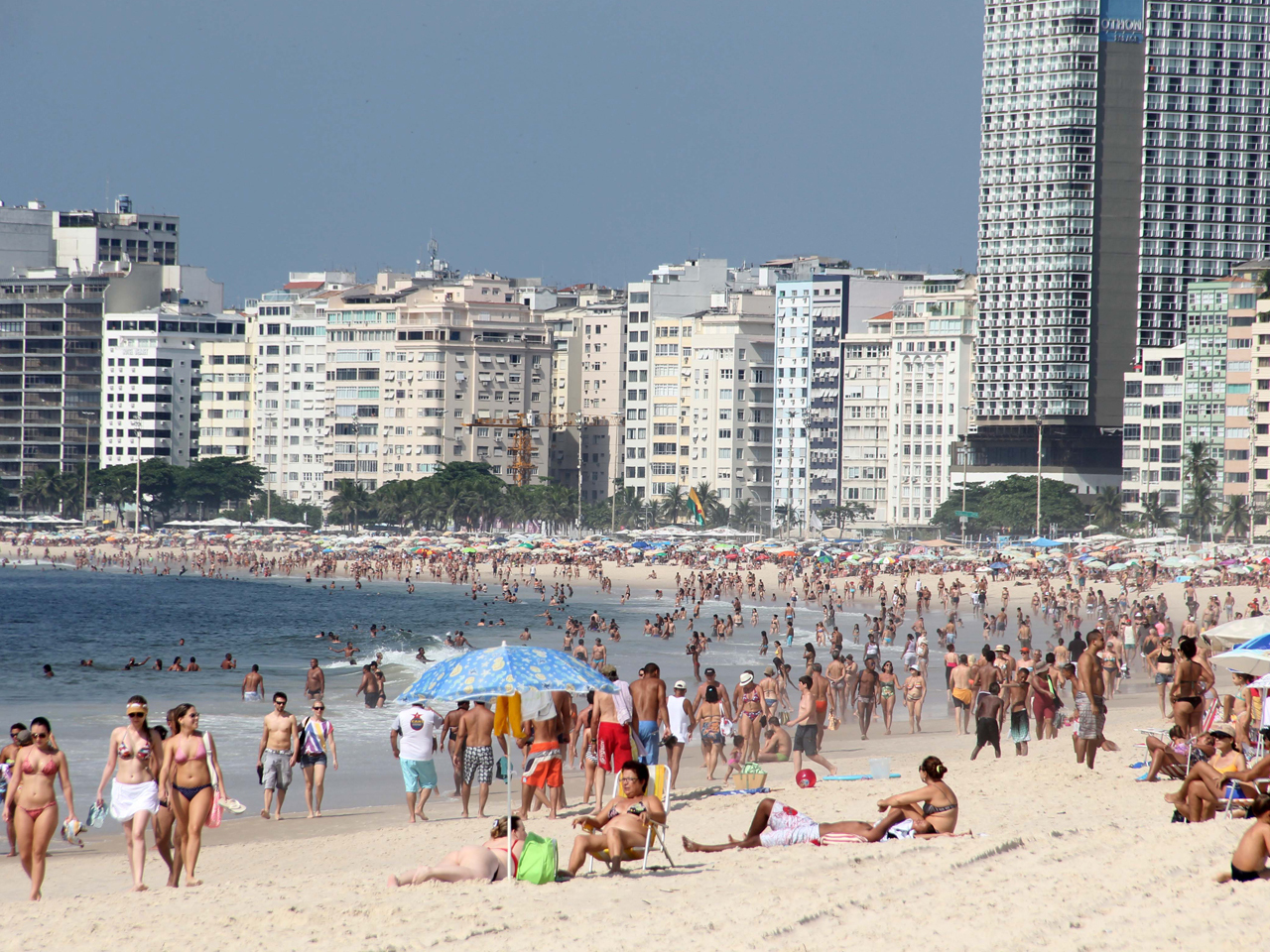 RIO DE JANEIRO An American woman was gang raped and beaten aboard a public transport van while her French boyfriend was shackled, hit with a crowbar and forced to watch the attacks after the pair boarded the vehicle in Rio de Janeiro's showcase Copacabana beach neighborhood, police said.

A third man, aged 21, was arrested for the attacks, which took place over six hours starting shortly after midnight on Saturday, police said in a Tuesday statement. Two men aged 20 and 22 had already been taken into custody for the attacks, police said. and a young Brazilian woman has come forward to say that she, too, was raped by the same men in the van on March 23.

"The victims described everything in great detail, mostly the sexual violence," police officer Rodrigo Brant told the Globo TV network. "Just how they described the facts was shocking - the violence and brutality. It surprised even us, who work in security and are used to hearing such things. Their report shocked us."

The incidents raise new questions about security in Rio, which has cracked down on once-endemic drug violence in preparation for hosting next year's football World Cup and the 2016 Summer Olympic games. The city will also be playing host to World Youth Day, a Roman Catholic pilgrimage that will be attended by Pope Francis and is expected to draw some 2 million people in late July.

The attack also drew comparisons with the fatal December beating and gang rape of a young woman on a New Delhi bus. Six men beset a 23-year-old university student and male friend after they boarded a private bus, touching off a wave of protests across India demanding stronger protection for women. Officials there say tourism has dropped in the country following the attacks.

In the Brazil case, a police statement said the suspects forced other passengers to get out of the van and then raped the female tourist inside the vehicle, which was one of a fleet of vans that serve bus routes and seat about a dozen people.

Such van services are often linked to organized crime in Rio, particularly the militias largely comprised of former police and firemen that control large swaths of the city's slums and run clandestine services such as transportation and sell cooking fuel and illegal cable TV hookups. In general, tourists avoid the vans and opt for regular buses or taxis.

Sexual assaults on tourists are not common in Rio, with muggings and petty crime reported more frequently.

During the assault, the two foreigners were driven to the poor neighborhood of Sao Goncalo, where the two suspects were apprehended, a police statement said.

Reports said the two foreigners had been studying Portuguese in Rio for about a month and both left Brazil following the attack.

The police statement said that one victim's cellphone was found in the suspects' possession. The suspects had also used a debit card belonging to one of the victims at two gas stations, it said.

The Globo television network broadcast surveillance camera images of two men filling up the white van and showed police images of a crowbar the suspects used to beat and intimidate the victims. The victims positively identified the two suspects.

In an interview with Globo television, commanding officer Alexandre Braga, who heads the Rio police unit specializing in crimes against tourists, said the suspects had gone on a sex crime spree.

"The characteristics of both crimes, both the Brazilian case and the one with the foreigners, lead us to believe that they (the suspects) wanted to have a 'party of evil,' in quotes," Braga said. "The principal motive appears to have been the satisfaction of their lust."

He added that the robbery and other crimes appear to have been "secondary."

Multiple calls to police seeking further details on Tuesday were not immediately returned.

In Brazil, more than 5,300 cases of sexual assault were reported between January and June 2012, according to the country's Health Ministry.