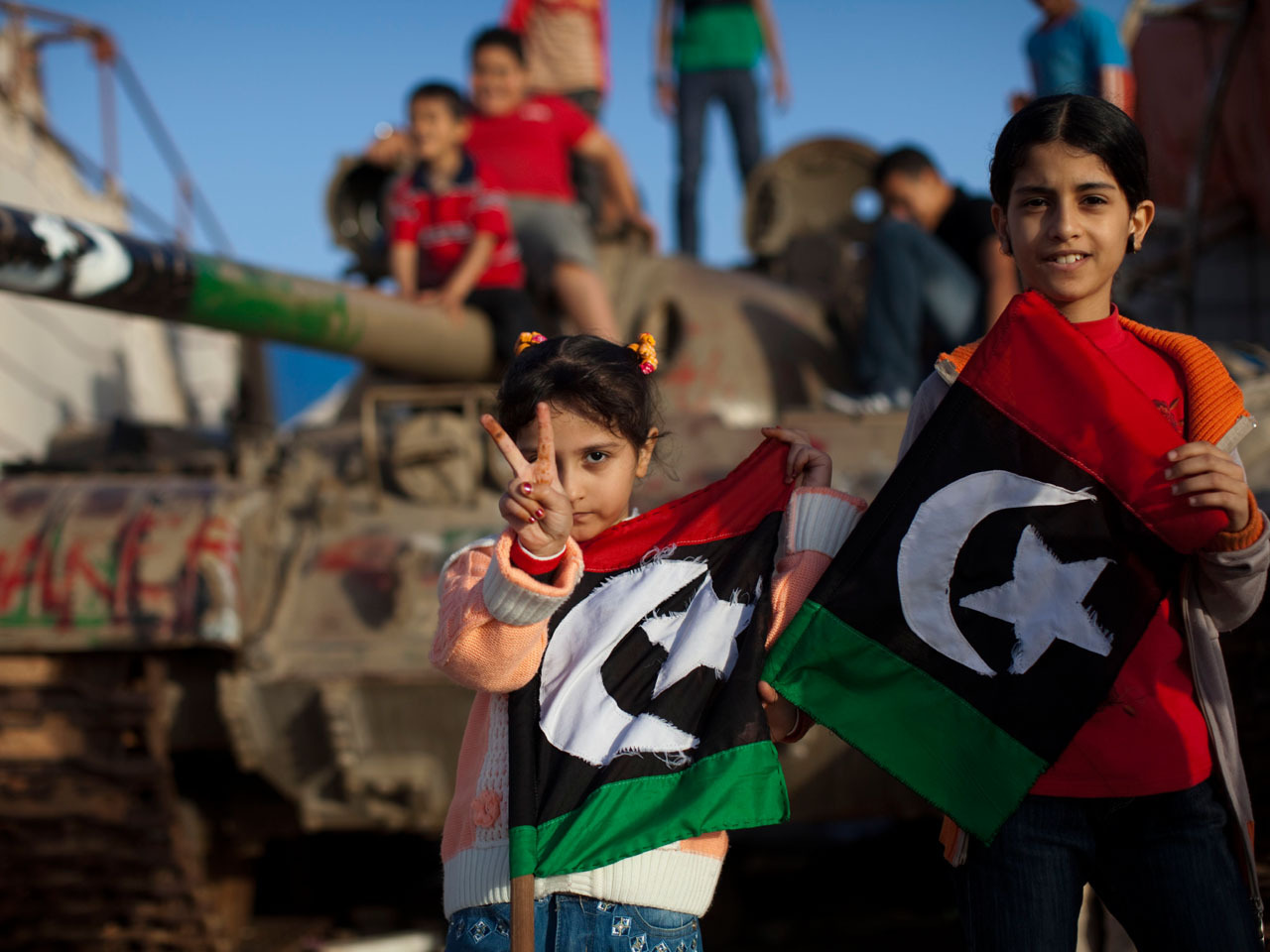 ROME - The United States is trying to free up some of the more than $30 billion it has frozen in Libyan assets so it can support the opponents of Muammar Qaddafi, U.S. Secretary of State Hilary Rodham Clinton told a conference Thursday.

Twenty-two nations and international organizations were meeting in Rome to figure out how to help the Libyan rebels, who say they need up to $3 billion in the coming months for military salaries, food, medicine and other basic supplies.

Clinton said the Obama administration, working with Congress, wants "to tap some portion of those assets owned by Qaddafi and the Libyan government in the United States, so we can make those funds available to help the Libyan people."

The U.S. also has already pledged $53 million in humanitarian aid and authorized up to $25 million in non-lethal assistance to the rebels, including medical supplies, boots, tents, rations and personal protective gear. The first shipment is set to arrive in the western, rebel-held city of Benghazi in the coming days.

Clinton declared that ousting Qaddafi was the best way to protect Libya's people.

"We have made it abundantly clear that the best way to protect civilians is for Qaddafi to cease his ruthless, brutal attack on civilians from the west to the east, to withdraw from the cities that he is sieging and attacking and to leave power," Clinton said. "This is the outcome we are seeking."

Italian Foreign Minister Franco Frattini, co-host of the conference, said nations have already pledged $250 million in humanitarian aid for Libyan civilians "thanks to the generosity of many countries."

The Contact Group on Libya also agreed to establish an internationally monitored fund that the rebels can access to provide basic services to the Libyan people.

It will be "an international fund in which nations can make their contributions in a transparent way," British Foreign Secretary William Hague said. Britain has so far provided 13 million pounds ($21.5 million.)

But Britain said it did not plan to offer direct funding to Libya's rebels beyond the aid money and non-lethal equipment — including satellite phones and body armor — that it has already pledged.

"Isolating Qaddafi means pulling the plug on his propaganda and incitements to violence," she said.

The meeting also included the NATO chief, the Arab League, and the leader of Libya's opposition council, Mustafa Abdel-Jalil, who used to be Qaddafi's justice minister.

Italy, conference co-host Qatar, and France have given diplomatic recognition to the rebels, who are based in Benghazi. Frattini opened the four-hour closed session with a call for other nations to do so as well.

"This will help strengthen our Benghazi partners and increase the Qaddafi regime's sense of isolation," the minister said.

Since the uprising against Qaddafi broke out in mid-February, the two sides have largely been locked in a stalemate. A U.S. and now NATO-led bombing campaign launched in mid-March has kept Qaddafi's forces from advancing to the east, but has failed to give the rebels a clear battlefield advantage.

NATO says its warplanes will keep up the pressure on Qaddafi's regime as long as it takes to end the violence in Libya.

NATO member nations are increasingly realizing, however, that air strikes and other military action alone won't do the job of ending Qaddafi's relentless assault on his people, and that funding the opposition as well as working for his ouster could be the key to success.

French Foreign Minister Alain Juppe has said the military intervention must end "as rapidly as possible," and warned that sending in international ground troops would set the stage for a "quagmire."

Frattini has said while it is impossible to set a date for an end to NATO's military operation, the "political goal is for military action to cease as soon as possible."

The rebels have also asked for weapons to be able to defend themselves from Qaddafi's better-equipped forces. Rebel spokesman Abdul Hafid Ghaug said in Benghazi that no country had sent the arms that the rebel forces say they desperately need.

British officials said the Rome meeting would also seek to impose new restrictions on arms smuggling and mercenaries in Libya, call for renewed action to cut off Libya's state television service and try to restrict Qaddafi's exports of crude oil and his ability to import refined oil products.

It was the second meeting of the group after a gathering in Doha, Qatar, last month.