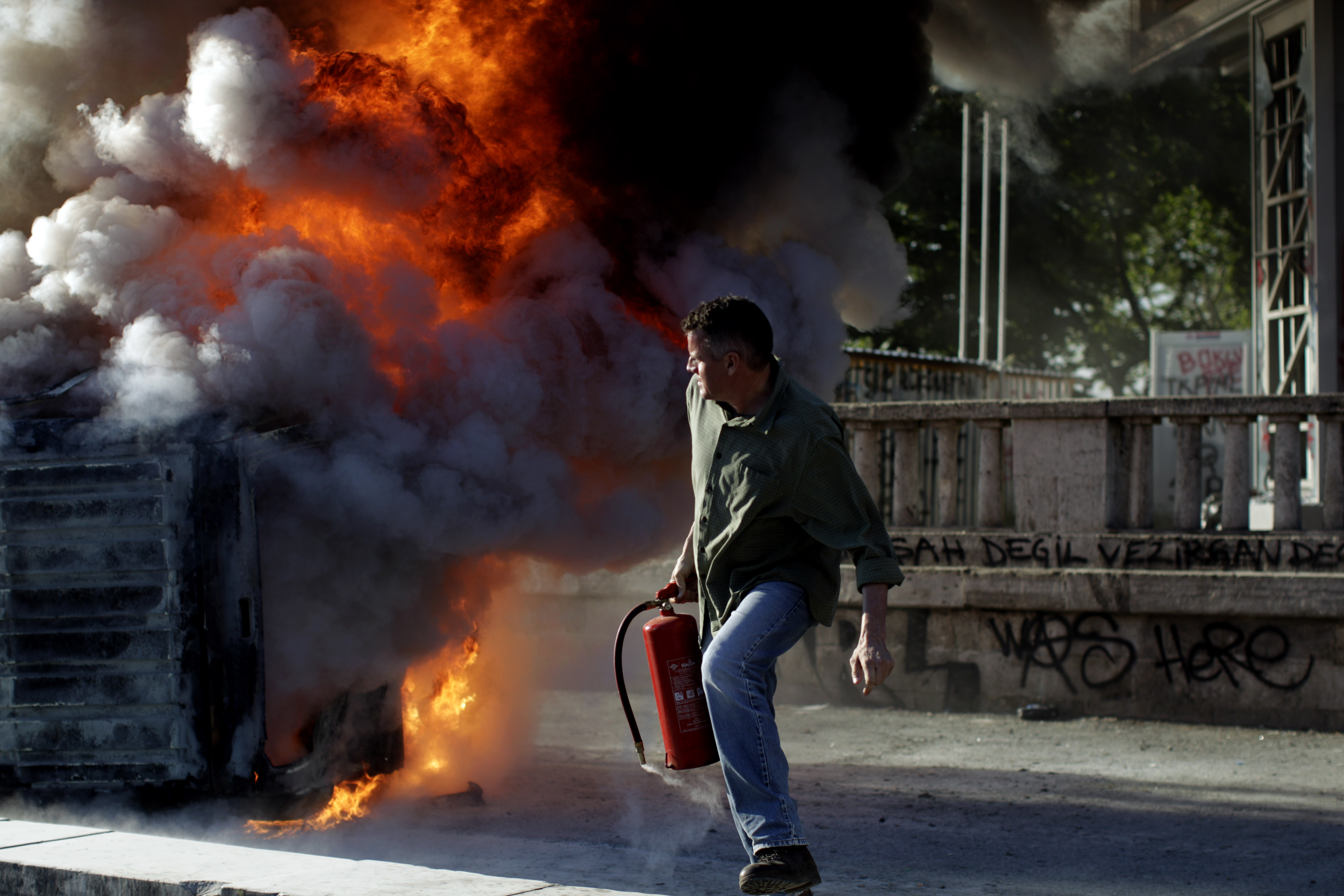 WASHINGTON The Obama administration voiced concern Monday over Turkey's crackdown on protesters and urged authorities to exercise restraint and all sides to refrain from violence.

The White House said the United States believes the vast majority of those protesting have been peaceful, law-abiding citizens. Presidential spokesman Jay Carney called them ordinary citizens exercising their rights to free expression.

But Carney also said that all democracies have to work through issues, adding that Washington is concerned about Turkey's response to protesters but expects the U.S. ally to work through the issue while respecting its citizens' rights.

Police in Turkey have used tear gas for a fourth day to disperse demonstrations that grew out of a sit-in to prevent the uprooting of trees at Istanbul's main square.

The Turkish Doctors' Association said one protester died after a vehicle slammed into a crowd in Istanbul but the governor's office insisted the man's death was accidental. The doctors' group also said eight people hurt in Ankara were in critical condition. Reports of a second protester's death emerged later Monday.

Carney said the U.S. has concerns about excessive use of force and he called for the events to be investigated.

Secretary of State John Kerry, who has traveled to Turkey three times since becoming America's top diplomat, said the U.S. is following the situation closely and is troubled by reports of excessive force by the police. He also said Washington is "deeply concerned" by the large number of people who have been injured.

Kerry also said the U.S. ambassador to Turkey had conveyed those messages directly to Turkish officials.

"The United States supports full freedom of expression and assembly, including the right of people to peaceful protest, because that is fundamental to any democracy," Kerry told reporters at the State Department. He maintained that his comments were not intended as interference in Turkey's internal affairs, but rather an honest expression of the importance the United States places on such values in all countries.

"We are concerned by the reports of excessive use of force by police," he said at a joint news conference with the visiting foreign minister of Poland. "We obviously hope there will be a full investigation of those incidents and full restraint from the police force with respect to those incidents. We urge all people involved ... to avoid any provocations or violence."

Earlier, Turkey's president defended the right of citizens to protest, in contrast to the dismissive stance of the prime minister.

The demonstrations have spiraled into Turkey's biggest anti-government disturbances in years, challenging Prime Minister Recep Tayyip Erdogan's power. The protests are seen as a sign of frustration with Erdogan, who has appeared to be increasingly authoritarian and is accused of meddling in all aspects of life.

On Monday, there was scattered violence in areas close to Erdogan's offices in Istanbul and Ankara. The Dogan news agency said police fired tear gas at the group in an area close to Erdogan's Istanbul office. The protesters responded by hurling stones.

The agency said as many as 500 people were detained overnight after police clashed with more militant protesters and then moved in to break up thousands of people demonstrating peacefully. Turkey's Fox television reported 300 others detained in a similar crackdown in Izmir, Turkey's third-largest city.