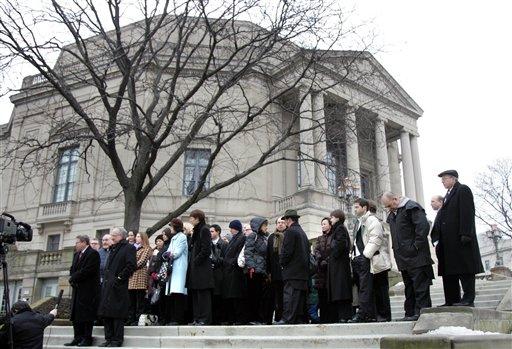 The U.S.-led coalition agreed Thursday to suspend offensive operations in Najaf after Shiite leaders struck a deal with radical cleric Muqtada al-Sadr to end the fighting which has threatened some of Shia Islam's holiest shrines.

Iraqi leaders had urged the Americans to accept the agreement, which was announced by the Iraqi government early Thursday. The agreement does not require al-Sadr immediately to disband militia and turn himself in to authorities to face charges in the April 2003 assassination of a moderate cleric — key U.S. demands to end the standoff.

Instead, the future of al-Sadr's al-Mahdi Army and the status of the arrest warrant will be discussed during talks between the cleric and the Shiite religious and political leaders. That makes it unlikely that either step will be taken until sovereignty transfers from the coalition to a new Iraqi government at the end of next month.