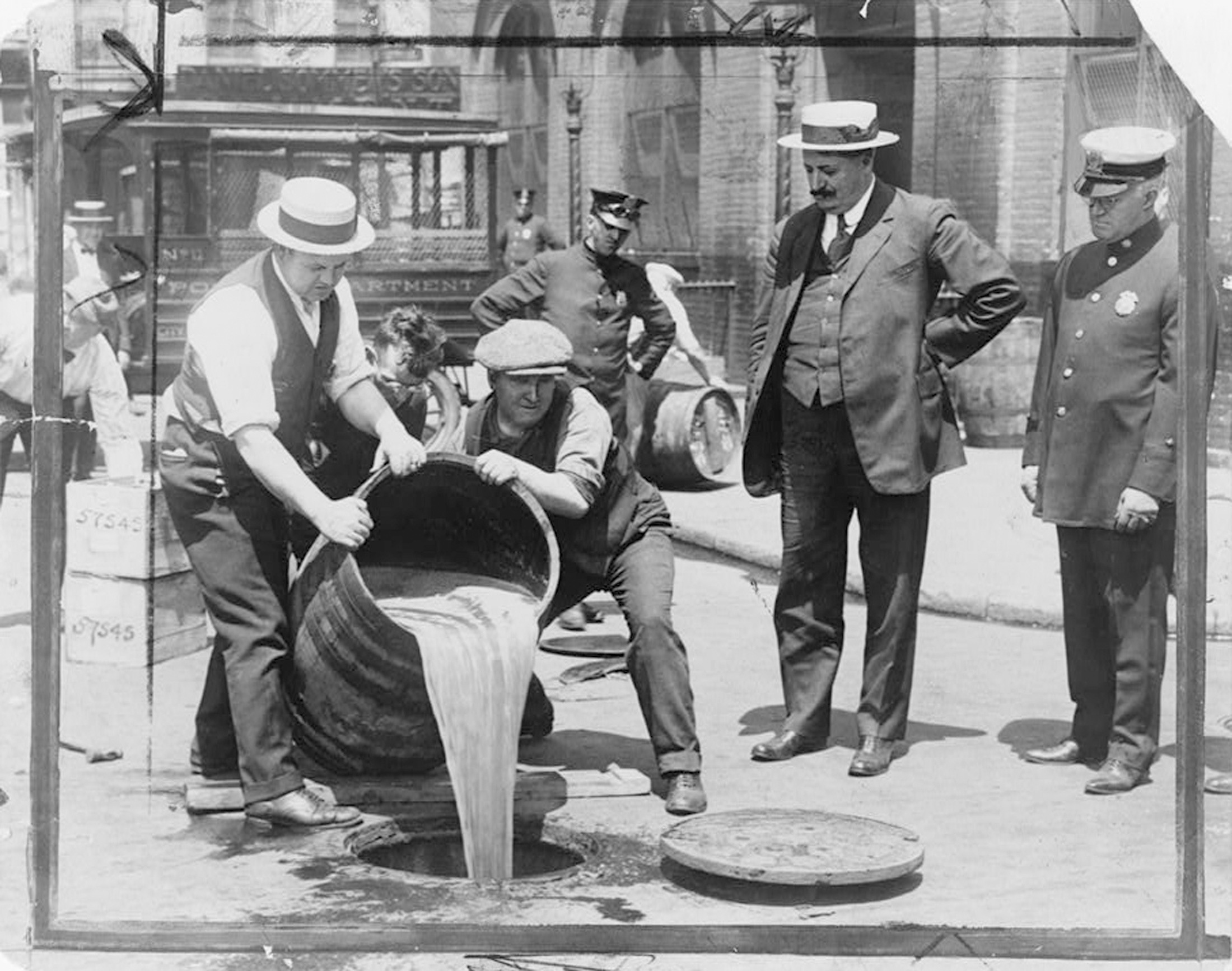 NEW YORK -- Many Americans this week will toast the 80th anniversary of the repeal of Prohibition, a 14-year ban on the sale and production of alcoholic beverages that turned booze-smuggling thugs into celebrities and otherwise law-abiding citizens into criminals.

They may also want to toast one unintended consequence of Prohibition: a renaissance of cocktail creation that began as a way to make moonshine whiskey and bathtub gin more palatable. Creative bartenders have kept the tradition alive, and it continues to this day.

While the cocktail has been around since early 19th century, the combinations of spirits, sugars, water and bitters really started pouring into shakers during Prohibition.

In the 1920s, there were 15,000 speakeasies in Detroit, "Great Gatsby" author F. Scott Fitzgerald favored Gin Rickeys and politicians and the famous hid out at New York's "21 Club" with its secret wine cellar and disappearing bar.

Unlike saloons that were male bastions before Prohibition, speakeasies were coed and women, who had just gotten the vote, enjoyed a liberated lifestyle.

"The whole Prohibition cocktail thing was to cover up the poor quality of the alcohol," said John McCarthy, a bartender at New York's Bathtub Gin lounge.

An estimated 10,000 people died of alcohol poisoning during Prohibition from bad bootleg whiskies, tainted gins and a federal government program that added poison to alcohol to frighten folks from imbibing, according to "The Poisoner's Handbook: Murder and the Birth of Forensic Medicine in Jazz Age New York."

McCarthy credits the resurgence of cocktails to TV's Food Network with its celebrity chefs and cooking contests that popularize well-prepared foods.

Flavored spirits starting with vodka have also fueled the cocktail craze. In addition to lemon and pepper, there is salted caramel and wedding cake flavored vodka and a host of other unusual pairings.

Other spirits have also gotten more flavorful, with maple syrup-laced Canadian whiskies and honey or cherry or apple-flavored bourbons and Scotches.

But McCarthy prefers to add his own flavors, mixing his own bitters, syrups and infusions.

"If I make a drink and you taste lemon, it's because I want you to taste lemon," he said.

McCarthy is working on perfecting a cocktail based on white rum, Szechuan pepper corns, pomegranates and lemon juice.

Ray Foley, editor and publisher of Bartender Magazine and author of "Bartending for Dummies," said cocktails are going back to basics.

"The Manhattan, the Martini, the Side Car, they're all coming back," he said.

But there are still lingering reminders of Prohibition. It was only last April that the governor of Kentucky signed a bill repealing a Prohibition-era ban on Election Day sales of alcohol. And in 2012, 33 of the 50 states still permitted towns and counties to be "dry," or prohibit sale of alcohol within their borders.

To mark the anniversary of the repeal of Prohibition the National Constitution Center, a nonprofit devoted to the U.S. Constitution, is sponsoring a traveling exhibit, "American Spirits: The Rise and Fall of Prohibition," that began its national tour last month in St. Paul, Minnesota where it runs through March 16.