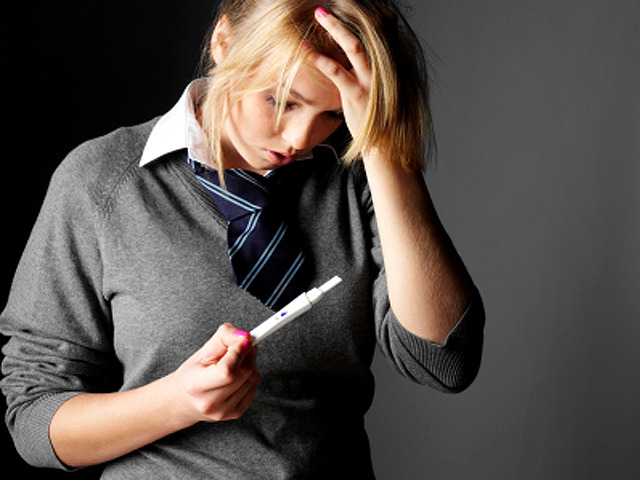 (CBS News) The rate of teenagers becoming mothers is declining rapidly, according to a new report published by the Centers for Disease Control  and Prevention (CDC). The average teen birth rate decreased 9 percent from 2009 to 2010, reaching an all time low of 34.3 births per 1,000 women aged 15 to 19.

"16 and Pregnant" season 4 premieres: Can show scare sense into teens?
16 and Pregnant: One teen's story
CDC: Many teen moms are clueless about pregnancy chances

The effect is being seen across most groups. Hispanic teens, who normally have a higher birth rate than the rest of the population, reported less young birth mothers than ever before in 2010. While there are still 55.7 teen births in the Hispanic community for every 1,000 births, numbers declined 12 percent for Hispanic and American Indian or Alaskan Native teens. Rates dropped 13 percent for Asian and Pacific Islander mothers. Non-Hispanic white and non-Hispanic black teenage mother saw their rates drop of 9 percent.

What's behind the reduced rates? The CDC claims that the effective use at prevention messages has helped stop teenage pregnancy. Both increased use of contraception and use of two methods of birth control (usually birth control polls and condoms) at once have been observed.

While teen pregnancy has been on the decline, it still costs an estimated $10.9 billion annually and carries an elevated risk both for the young mothers and babies. According to the CDC, there are nine times as many teen mothers in America than in other developed countries.

That's not the only bad news. A CDC study showed that only 50 percent of teen moms will get a high school diploma by the age of 22, HealthPopreported.

And, while 47 states saw a decline, Montana, North Dakota and West Virginia saw no discernible difference in rates. States in the South and Southwest still have rates high above the national average. A full list of state rates for teen pregnancy can be found here.

"We are in a woeful shape," television's Dr. Drew Pinsky told HealthPop in a previous article about teen pregnancy. "The strange thing about the entirety of the sexual revolution is that no one even thought this sexual revolution thing hoisted by adults was raining down on teenagers and young adults. It's had dire, dire consequences."

The National Campaign to Prevent Teen and Unplanned Pregnancy's has more on teen pregnancy.