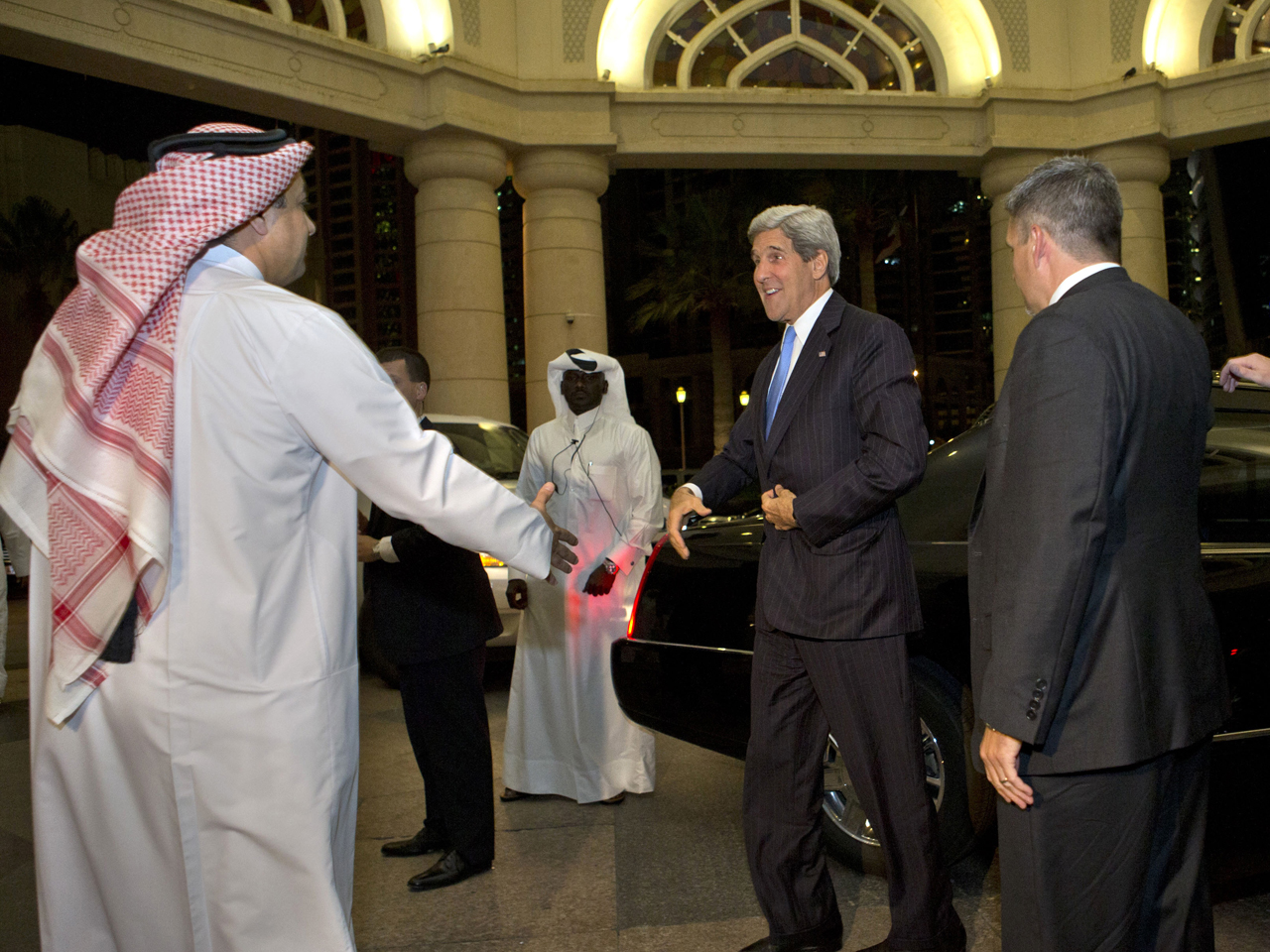 The fate of 29-year-old Sergeant Bowe Bergdahl, the only known American prisoner of war in Afghanistan, may depend on whether the Qatari government can get Taliban leaders to follow through with a previous agreement to begin peace talks with the U.S. and Afghan governments.

The Qatari government is playing the role of mediator and allowed the Taliban to open an office in Doha for the purpose of peace talks. Instead, the Taliban used the opening of that office last Tuesday to present itself as an alternative government with a new embassy. They even flew the old Taliban government flag. That publicity coup infuriated Afghanistan's President Hamid Karzai, who immediately called off all talks. The process has remained stalled since then.

During a joint press conference with Qatari Prime Minister Sheikh Hamad bin Jassim al Thani on Saturday, Secretary Kerry indicated that the window of opportunity may be closing.

"If there is not a decision to move forward by the Taliban in short order, then we may have to consider whether or not the office has to be closed," he said.

While Kerry publicly thanked "our good friends the Qataris" for their efforts to coordinate the process, diplomats were privately frustrated that the Qataris allowed for the Taliban to manipulate the high-profile opening of the Doha-based political office. Kerry stopped short of acknowledging the Qatari failure to thoroughly manage the process. He simply said that while the terms of the office opening had been "painstakingly established" those terms were "not adhered to in the early hours."

Following complaints from Karzai and Kerry, the Qataris forced the Taliban to lower their flag and to remove a nameplate from the office which identified them as the Islamic Emirate of Afghanistan. Despite those gestures, the trust between the parties is quite low. Kerry set low expectations for the any resumption of the talks.

"I don't know whether that's possible or not," he said.

The Qatari Prime Minister told reporters on Saturday that his government will "do our best as mediators" and did not place blame for the disruption of the talks. He said that a resumption of "depends on all parties."

Later that night, Kerry and the Qatari Prime Minister met for a working dinner. Ambassador Dobbins, the U.S. Envoy who will lead negotiations with the Taliban, joined them.

The Taliban have publicly proposed an exchange of Sgt. Bergdahl for the release of five Taliban detainees from Guantanamo Bay prison. While no formal proposal has been made to the U.S., diplomats expect one to be presented if and when the parties do sit down at the negotiating table. Any release of prisoners from the prison at Guantanamo would require an extensive legal process and the agreement of the Secretary of Defense Chuck Hagel. He has not given that approval.

The Secretary of State dismissed suggestions that the U.S. had secretly begun that process. Kerry said: "That's way ahead of where we are in any process at this point in time."

U.S. diplomats said that the next few days are key to deciding whether or not the talks move forward. With that in mind, Dobbins stayed behind in Doha after Kerry departed on Sunday morning.