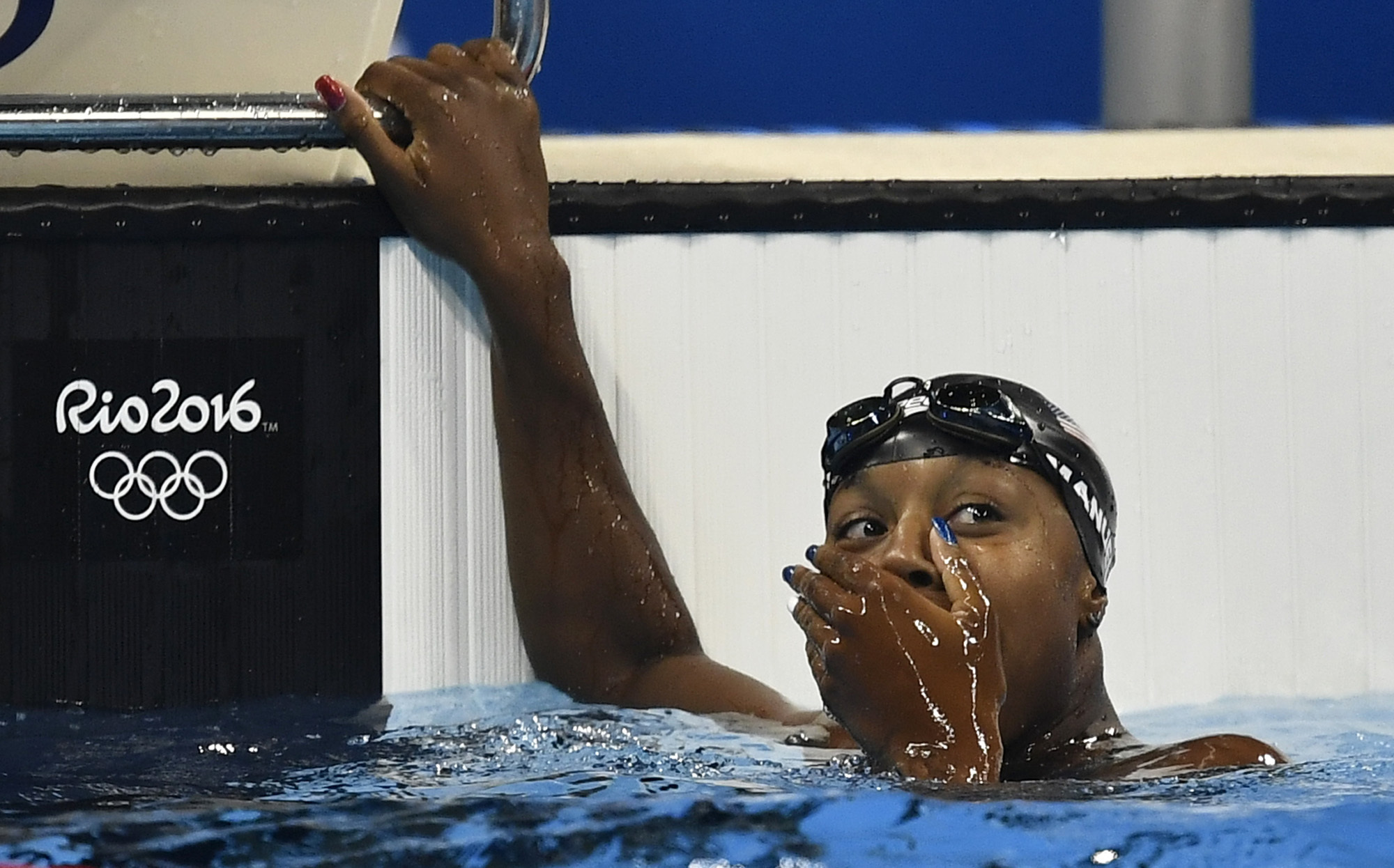 RIO DE JANEIRO -- Simone Manuel leaned her head into her hands and broke down in tears when she recognized her historic achievement.

With her victory in the 100-meter freestyle, she became the first African-American woman to capture an Olympic gold medal in swimming.

The 20-year-old Manuel upset world-record holder Cate Campbell and tied with Penny Oleksiak of Canada at the Rio Games on Thursday.

"I hope that I can be an inspiration to others so this medal is for the people who come behind me and get into the sport and hopefully find love and drive to get to this point," Manuel said.

Campbell was on pace to take her world record even lower when she made the turn out front, with little sister Bronte right behind her. But the Australian siblings, who teamed up to lead their country to gold in the 4x100 freestyle relay, couldn't hang on.

Bronte faded to fourth, and Cate dropped all the way to sixth at the finish.

Instead, it was Manuel -- her fingernails painted red, white and blue -- who touched at the same time as 16-year-old Oleksiak, the youngest swimmer in the field.

Manuel's victory took on extra significance in a sport that still has few people of color, especially in light of the racial divide in her country. She even mentioned "some of the issues with police brutality."

"I think that this win helps bring hope and change to some of the issues that are going on in the world, but I mean, I went out there and swam as fast as I could and my color just comes with the territory," Manuel said.

Until now, Cullen Jones had been the face of swimming for minorities in America, having won two golds and two silvers at the last two Olympics.

But Jones failed to make the U.S. team this year in what could have been his final attempt.

Manuel is from Houston. She attends Stanford and has a brother who played basketball at SMU.

She was there to pick up the torch for African-American swimmers.

"I'm super glad that I can be an inspiration to others and hopefully diversify the sport," she said "But at the same time, I would like there to be a day where there are more of us and it's not like 'Simone, the black swimmer,' because the title 'black swimmer' makes it seem like I'm not supposed to be able to win a gold medal."