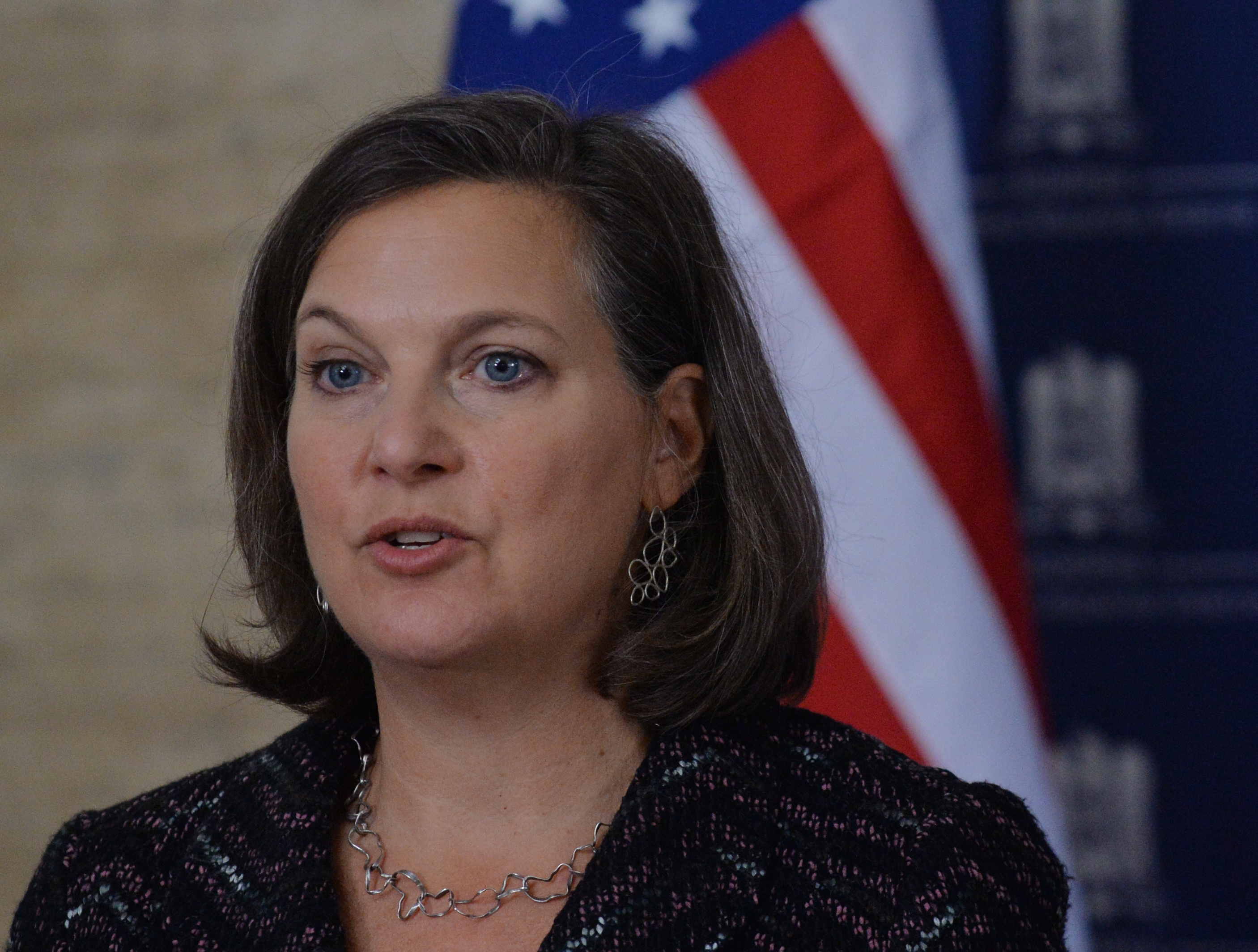 WASHINGTON U.S. officials say they suspect Russia is behind the leak of an apparently bugged phone conversation about Ukraine between two senior American diplomats in which they make disparaging comments about the European Union.

The officials noted that an aide to Russian deputy prime minister, Dmitry Rogozin, was among the first to tweet about a YouTube video that contains audio of the alleged call between the top US diplomat for Europe, Victoria Nuland, and the U.S. ambassador to Ukraine, Geoffrey Pyatt. The video, which shows photos of Nuland and Pyatt, is subtitled in Russian.

In the audio, voices resembling those of Nuland and Pyatt discuss international efforts to resolve Ukraine's ongoing political crisis. At one point, the Nuland voice colorfully suggests that the EU's position should be ignored. "F--- the EU," the female voice said.

In the tweet, posted some seven hours before existence of the video became widely known on Thursday, the Rogozin aide, Dmitry Loskutov, opined: "Sort of controversial judgment from Assistant Secretary of State Victoria Nuland speaking about the EU."

White House spokesman Jay Carney pointed to the tweet and Russia's clear interest in what has become a struggle between pro-Moscow and pro-Western camps in the former Soviet Republic, but declined to comment on the source of the audio.

"I would say that since the video was first noted and tweeted out by the Russian government, I think it says something about Russia's role," Carney told reporters. He would not comment on the substance of the conversation, in which the Nuland and Pyatt voices also discuss their opinion of various Ukrainian opposition figures.

A State Department official, speaking on condition of anonymity because he was not authorized to publicly discuss the matter, said the audio sounds like an authentic recording of a call that occurred last week.

State Department spokeswoman Jen Psaki said that if the Russians were responsible for listening to, recording and posting a private diplomatic telephone conversation, it would be "a new low in Russian tradecraft."

Pressed on whether the call was authentic, Psaki said: "I didn't say it was inauthentic."

Psaki said Nuland "has been in contact with her EU counterparts and of course has apologized for these reported comments."

The YouTube video was posted on Feb. 4 and is titled the "Marionettes of Maidan" in Russian. Maidan is the name of the main square in the Ukrainian capital of Kiev, which has become the center of opposition protests. It contains Russian-language subtitling of the conversation, raising suspicions that it was posted by a Russia-friendly source.

The practice of eavesdropping on the phone calls of other governments -- even between allies -- was the first diplomatic fallout from the publication of documents taken by former National Security Agency analyst Edward Snowden. The documents he took, and published in such newspapers as The Washington Post, the New York Times and The Guardian, showed that the United States listened in to the phone calls of allies such as German Chancellor Angela Merkel. Merkel was outraged and part of the U.S. response was that such practice is common on both sides around the world.