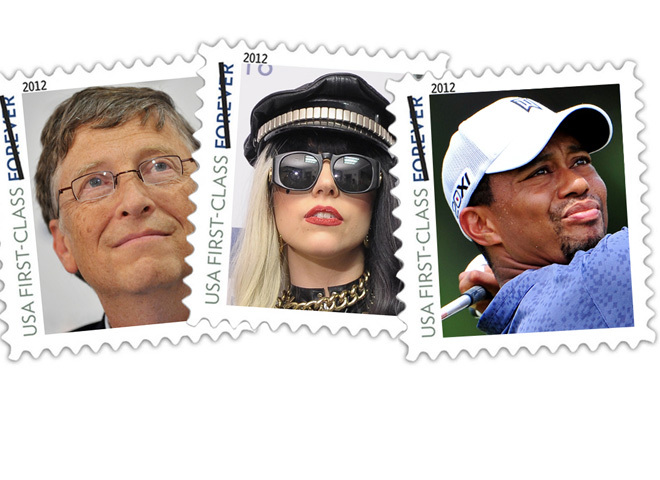 WASHINGTON - For the first time, living people will be eligible to be honored on U.S. postage stamps.

The U.S. Postal Service announced Monday that it is ending its longstanding rule that stamps cannot feature people who are still alive and it's asking the public to offer suggestions on who should be first.

Since Jan. 1, 2007, the requirement has been that a person must have been deceased five years before appearing on a stamp. Before that, the rule was 10 years. (By tradition, former presidents are remembered on a stamp in the year following their death, but that doesn't apply to ordinary citizens.).

The post office announced that it will consider stamps for acclaimed American musicians, sports stars, writers, artists and other nationally known figures.

"This change will enable us to pay tribute to individuals for their achievements while they are still alive to enjoy the honor," Postmaster General Patrick Donahoe said in a statement.

Stamp Services manager Stephen Kearney said, "Engaging the public to offer their ideas is an innovative way to expand interest in stamps and the popular hobby of collecting them."

The advisory committee receives as many as 40,000 suggestions for new stamps each year and culls them down to about 50 finalists, which are sent to the postmaster general for a final decision.

The post office has been facing severe financial problems and increasing in interest in stamp collecting could help boost income, since stamps that are collected rather than used for postage provide an added source of income.

Beyond the Perf is the Postal Service's online site for upcoming stamp subjects, first-day-of-issue events and other philatelic news.