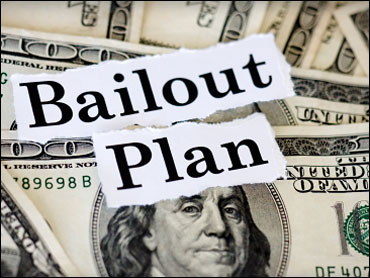 The U.S. government estimates it will spend $6.5 million by the end of January in salaries and other administrative costs for the $700 billion financial rescue program.

The Treasury Department estimate issued Tuesday is part of the latest update it is required to provide Congress on the operation of the largest government bailout effort in U.S. history.

The government estimates it will spend nearly $1.2 million on salaries through the end of January and more than $5.3 million on other expenses.

The Treasury Department said Monday it had supplied another $15 billion to seven U.S. banks in the latest round of payments from the $700 billion rescue fund.

The biggest payment in the new round totaled $7.58 billion to Pittsburgh-based PNC Financial Services Group Inc., according to Treasury officials.

The latest payments bring the amount the government has committed to buying bank stock as a way of bolstering the financial system to $187.5 billion. Treasury said it has provided support to financial institutions in 41 states and Puerto Rico.

Besides PNC, Treasury provided $3.41 billion to Fifth Third Bancorp of Cincinnati and $1.35 billion to Atlanta-based SunTrust Banks Inc. The announcement Monday covered payments that were made on Dec. 31.

Under the law that established the $700 billion financial rescue program, Treasury has two business days after giving final approval to release the money to make that action public. In many cases, the individual financial institutions publicize that they have received approval for financial rescue support before the official Treasury announcement.

The government is buying stock in banks in an effort to bolster the companies' balance sheets and spur them to step up lending to fight the worst financial crisis to hit the country since the 1930s.

But critics contend that many banks are not using the government funds for the purposes that Congress intended. An Associated Press survey last month of 21 banks that had received at least $1 billion each in government support found that none of them would provide specific answers to how the money was used.

Treasury also said it had provided an additional $20 billion to Citigroup Inc. on Dec. 31 under a program it has dubbed its "targeted investment program" to provide support for the banking giant. It already had provided Citigroup an initial $25 billion.

Treasury Secretary Henry Paulson said last month when the Bush administration announced it would provide emergency loans to GM and Chrysler LLC that it had committed the first half of the $700 billion rescue program and Congress would need to authorize use of the final $350 billion.

That money cannot be tapped until the administration sends a report to Congress explaining how it plans to use the final $350 billion.

Treasury spokeswoman Brookly McLaughlin said Monday the administration was continuing to have conversations with the economic team of President-elect Barack Obama and with leaders in Congress about release of the final $350 billion.

She said no decision had been made on when the report requesting the next $350 billion would be sent to Congress. Many lawmakers believe that request will be delayed until after Mr. Obama takes office on Jan. 20.