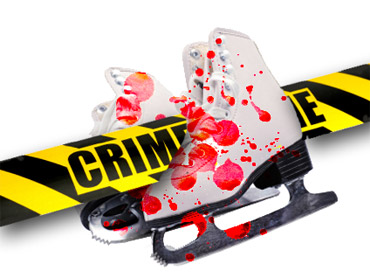 America's seniors, who weathered the Great Depression or grew up in its shadow, have a reputation for frugality and saving. Of all generations, this was the one that got it right by pinching pennies, avoiding credit and putting money away for retirement and to pass on to their children.

Yet an increasing number of older Americans find themselves deep in credit card debt or even filing for bankruptcy — troubles more associated with their baby boomer children and their grandchildren.

The reasons vary, but experts say some retirees are overwhelmed by rising medical expenses or find that Social Security and their pensions don't stretch far enough. Those who lost jobs before they were ready to retire never quite caught up.

Dollie Hawkins, an 84-year-old retiree living in Miami, dates her financial problems to 1982, when the company she worked for went out of business and she lost her full-time nursing position. She said she looked long and hard for another permanent job, but could only get short-term private duty work.

"You fill out applications and they tell you, 'We don't need anyone now,"' she recalled. "It's not that. It's the age thing."

Hawkins, a widow, said that as bills "began to crowd up on me," she turned to credit cards and ran up some $11,000 in debt. She's trying to pay it down, if slowly, from her Social Security benefit and meager savings.

"Sometimes I wished I could have walked away from it, but I wasn't raised that way and I feel responsible," Hawkins said.

The rapidly rising cost of health care and medications is also clobbering some seniors.

Stuart D. Zimring, president of the National Academy of Elder Law Attorneys, said he's seeing more older couples who get into financial problems because "cash flow is not keeping pace with the cost of living, particularly the cost of health care."

And because seniors are proud and protective of their independence, they often try to hide their financial distress from their families.

"In most cases, the kids don't know what's happening until the crisis occurs," said Zimring, whose practice is in North Hollywood, Calif. "Mom and dad are running up the bills for hospitalization, keeping up on the condo, medication. Then mom has a stroke and dad starts doing a Chinese fire drill and the kids get called in and don't know where to begin."

Just how big a problem is elder debt?

A study by Harvard University's Consumer Bankruptcy Project found that the actual number of seniors filing for bankruptcy is still quite small. In 2001, just 82,207 bankruptcy petitioners — or 4.6 percent of the total 1.8 million — were 65 and older, the study found.

Still, it was the fastest growing group of petitioners, the Harvard study said.

A separate study by Demos, a New York-based think tank, found that seniors over age 65 were carrying an average of $4,041 in credit card debt in 2001, nearly double the amount reported by seniors 10 years earlier.

The Demos analysis of Federal Reserve data also found that the newly retired — those 65 to 69 — were carrying nearly $6,000 on their cards, triple the level of a decade earlier.

Tamara Draut, director of the economic opportunity program at Demos, blames "weakening of the three-legged stool" that elders are supposed to rely on — Social Security, pensions and private savings.

Seniors often find their Social Security income reduced when a spouse dies. Fewer workers get traditional pensions, and may retirees have seen companies cut back their pensions or health care coverage. Savings, meanwhile, took a hit during the 2000-02 bear market on Wall Street or weren't large enough to begin with.

"So it's not surprising that seniors are increasingly using borrowing to cover their needs," Draut said.

And seniors also have succumbed to the siren song of easy credit.

That's what Dale Gravelle, a 67-year-old nurse from Attleboro, Mass., says happened to her.

Gravelle said she used to pay cash for everything but then started using credit cards.

"I had too many cards, and I got in deeper than I thought," she said. "I kept paying, but the interest was so much. I just got overwhelmed."

After creditors started calling her, sometimes two or three times a week, she went to a nonprofit counseling agency, Consolidated Credit Counseling Services Inc. of Fort Lauderdale, Fla., to work out a plan to pay off her debt.

"I would advise people, especially if you're older — and even if you're still capable of working — not to rely on credit," Gravelle said. "Relay on good, old-fashioned cash and maybe a debit card for some bills."

"They are not people with lavish lifestyles, they're trying to live within their means," he said. "But Social Security isn't cutting it for most folks."

Some of those in trouble, he said, were lured into the stock market during the 1990s boom and lost most of their money is the bear market that followed. For others, the low interest rates of recent years have meant their investments are not providing the additional income they expected.

"For a lot of them, it's an issue of pride," Dvorkin said. "They think, 'I got myself into this and I'm going to get myself out of this.' They're fighting not to die in debt."