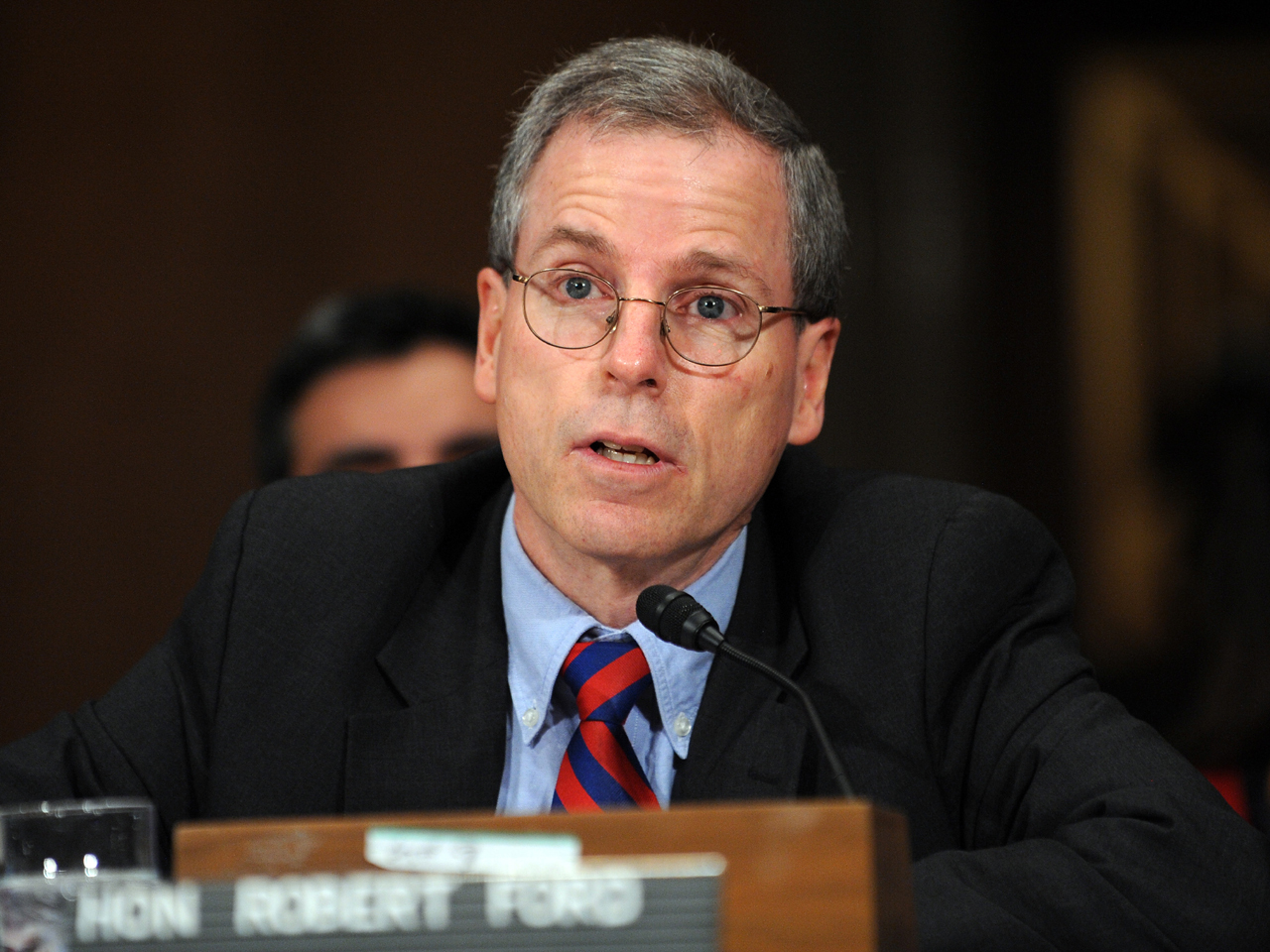 The Obama administration is sending Ambassador Robert Ford back to Damascus after a six week hiatus amid concerns for his safety. The U.S. envoy to Syria was recalled in October after the State Department accused Syrian President Bashar al-Assad of launching a "smear campaign" against Ford.

He drew wrath from the government for his visits with opposition figures and his convoy was recently pelted with tomatoes.

Still, with reporters barred from the country, the Obama administration insisted he was their "eyes and ears". In a statement issued today, State Department spokesman Mark Toner said, "we believe his presence in the country is among the most effective ways to send the message that the United States stands with the people of Syria"

Ford's return to Syria comes on the same day Secretary of State Hillary Clinton met in Geneva with Syrian exiles, members of the so-called Syrian National Council and called for a new regime of tolerance. Clinton said she looked forward to hearing their ideas on how a democratic transition would proceed.

"Obviously a democratic transition includes more than removing the Assad regime," she said. In addition to the United States, leaders in Europe, Turkey and Jordan have called for Assad to step down after four decades in power.

The United States has been working for months to get a better of idea of who is behind Syria's fractured opposition movement.

France's ambassador to Syria, Eric Chevalier, returned to Damascus Monday after he was pulled last month, the French embassy in Washington said.