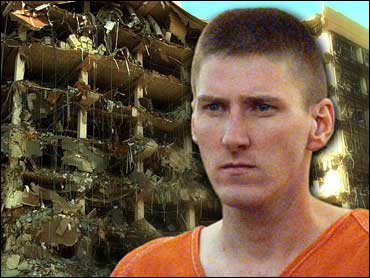 WASHINGTON - More than 15 years after a fertilizer bomb was used to blow up a government building in Oklahoma City, killing 168 people, the federal government is proposing to regulate the sale and transfer of the chemical ammonium nitrate.

The proposal comes nearly four years after Congress gave the Homeland Security Department the authority to develop a program to regulate the compound.

Ammonium nitrate is one of the most common farm fertilizers in the world, and instructions for turning it into a bomb are available on the Internet. Its deadly potential was once again realized on July 22, when a Norwegian man allegedly blew up a government building in his country, killing eight people with a bomb that investigators believe was made with ammonium nitrate.

On Tuesday, the Homeland Security Department's proposal was posted on the Federal Register website and the public will have 120 days to comment.

As it's proposed, the "Ammonium Nitrate Security Program" would require those who purchase, sell or transfer at least 25 pounds of the chemical in the U.S. to register with the government so that they may be screened against U.S. terror watch lists, according to a homeland security official who spoke on condition of anonymity because the proposal had not formally been published. Oklahoma City bomber Timothy McVeigh used 4,000 pounds of ammonium nitrate to blow up the Alfred P. Murrah Federal Building in 1995.

The Homeland Security Department would give registration numbers to those who are approved to buy, sell or transfer ammonium nitrate. The registrants would also be required to keep records and report the theft or loss of the chemical within 24 hours of discovering it missing.

A number of countries, including Germany, Colombia, Ireland, the Philippines and China, have banned ammonium nitrate fertilizer. And some U.S. states started to regulate its use after the chemical was used in the Oklahoma City bombing. Last year, the Afghan government banned ammonium nitrate, as the chemical most often used in bombs targeting American soldiers in Afghanistan. Such "fertilizer bombs" have also been used in Iraq in attacks against government security forces.

In late 2007, Congress passed a law requiring the department to develop a regulation program. The department missed its 2008 deadline to publish a final rule, and instead that year, it posted an advance notice in the Federal Register that it would eventually post a proposal for regulating ammonium nitrate. The public had 120 days to comment then, as well. Among the concerns was that farmers who use fertilizer with ammonium nitrate don't have the computers or computer skills to adhere to the federal government's reporting requirements.

In a September 2010 letter to the top Republican on the House Homeland Security committee, DHS Secretary Janet Napolitano said the department held "listening sessions" with stakeholders and created a government task force for input into the regulation.

The department already requires that businesses storing certain dangerous or combustible chemicals, including ammonium nitrate, provide regular reports on the security of those materials. But those regulations are centered on the security of the facility and not the sale and transfers of the chemical.

After the 1995 Oklahoma City bombing, ATF partnered with the industry group, The Fertilizer Institute, and other members of the agriculture industry to launch a voluntary reporting program for people to report suspicious activities, including thefts of ammonium nitrate.

Studies were done to see whether the explosive properties of ammonium nitrate could be made inert, said Kathy Mathers, spokeswoman for the Fertilizer Institute. That was not possible, she said, and over the years it became clear that there needed to be a formal regulating program.

"At this point, it's necessary," Mathers said of the proposed regulation. "We're lined up with Congress and DHS on this one."