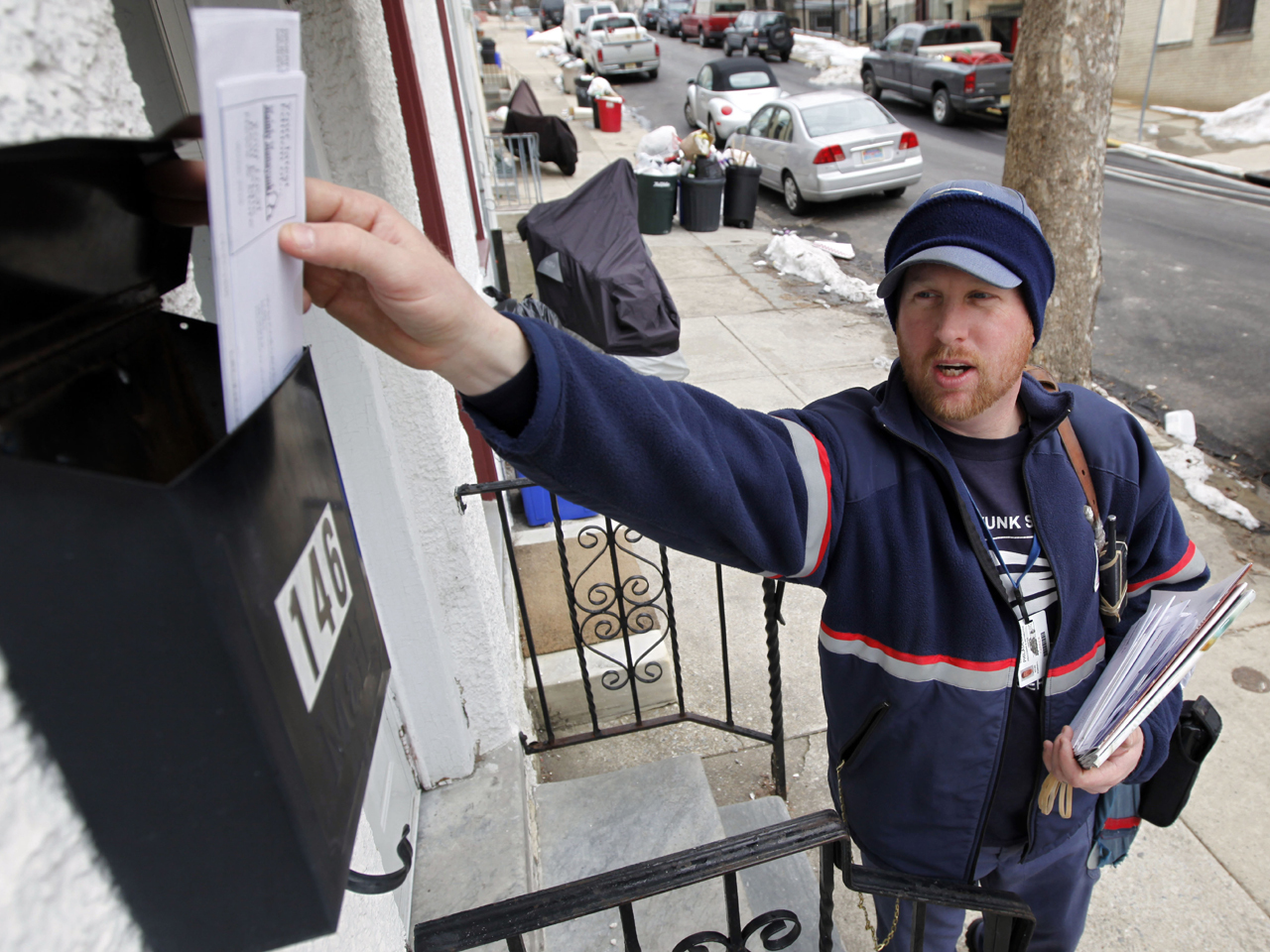 The postmaster general announced Wednesday that the U.S. Postal Service intends to halt Saturday delivery of most mailers, letters and catalogs in August, ending a 150-year tradition.

"We are simply not in a financial position where we can continue to make six-day letter delivery," Patrick R. Donahoe, postmaster general and CEO, told reporters during a morning news conference.

As CBS News correspondent Nancy Cordes reports, the plan to shrink delivery from six days a week to five would only affect first-class mail, while packages, mail-order medicines, priority and express mail would still be delivered on Saturdays.

The Postal Service in November reported an annual loss of a record $15.9 billion for the last budget year and forecast more red ink in 2013, capping a tumultuous year in which it was forced to default on billions in retiree health benefit prepayments to avert bankruptcy.

The Postal Service is in the midst of a major restructuring. Since 2006, it has cut annual costs by about $15 billion and reduced the size of its career workforce by 193,000 or by 28 percent, officials say. It also slashed hours of service at about half the nation's 26,000 post offices.

Wednesday's move accentuates one of the agency's strong points. Package delivery has increased by 14 percent since 2010, officials say, while the delivery of letters and other mail has declined.

Sen. Tom Coburn, R-Okla., said the move will save the struggling postal service $2 billion a year.

"It's a proper business decision and (in the) long run, good for the Postal Service and good for Americans," Coburn said.

CBS News reported in 2009, watch at left, how the familiar blue mailbox on the corner may disappear

The Postal Service has lost $41 billion during the past six years as more and more Americans turned to private shippers, email and online banking.

Despite all the changes, it's still not enough. David Walker, a former government watchdog, is part of a panel looking at possible postal reforms.

Walker told Cordes the new five-day-a-week measure "won't come close to solving the Postal Service's problem. It's got to look at more fundamental changes in its infrastructure, its compensation costs, its retirement obligations, and also what it does and who does its business."

Material prepared for the Wednesday press conference by the postmaster general says the agency's market research and other research has indicated that nearly 7 in 10 Americans support the switch to five-day delivery as a way for the Postal Service to reduce costs.

"The American public understands the financial challenges of the Postal Service and supports these steps as a responsible and reasonable approach to improving our financial situation," Donahoe said.

The president of the National Association of Letter Carriers, Fredric Rolando, said the end of Saturday mail delivery is "a disastrous idea that would have a profoundly negative effect on the Postal Service and on millions of customers," particularly businesses, rural communities, the elderly, the disabled and others who depend on Saturday delivery for commerce and communication.

There's just so much the Postal Service can do without congressional approval. Despite years of begging by postmasters general, Congress never passed a reform bill that would have given the Postal Service more flexibility to modernize and streamline its service.

Asked whether the Postal Service is making this announcement because they're trying to force Congress to act, Coburn said, "No, I don't think so at all. Look, they're in survival mode. You're not going to have any post office. I mean, here's the alternative: They're losing $25 million dollars a day. A day. They have to do something."

Coburn and Rep. Darrell Issa, R-Calif., the two top Republicans on the House and Senate committees that oversee the Postal Service will issue a letter Wednesday going to House and Senate leaders, asking them to support the elimination of Saturday service and change the law that has prevented the USPS from doing this in the past. The letter reads, in part, "What has impeded the Postal Service from phasing out universal Saturday delivery of letters is an appropriations rider carried in law since 1984 that ties six-day mail delivery to the acceptance of roughly $100 million in reimbursement from the federal government for services rendered by the Postal Service. According to Postal Service estimates, the rider constitutes a more than $2.5 billion annual unfunded mandate. With the current [fiscal year] 2013 government funding resolution set to expire at the end of March, we ask that the six-day mail rider be omitted from any subsequent government funding legislation, enabling the Postal Service to implement this necessary reform without impediment."

And, they point out: "This change has bipartisan support. President Obama has repeatedly called for moving to five-day delivery of mail, most recently in his FY 2013 budget. Furthermore, according to an October 2011 Quinnipiac poll fully 79 percent of Americans endorse the shift."