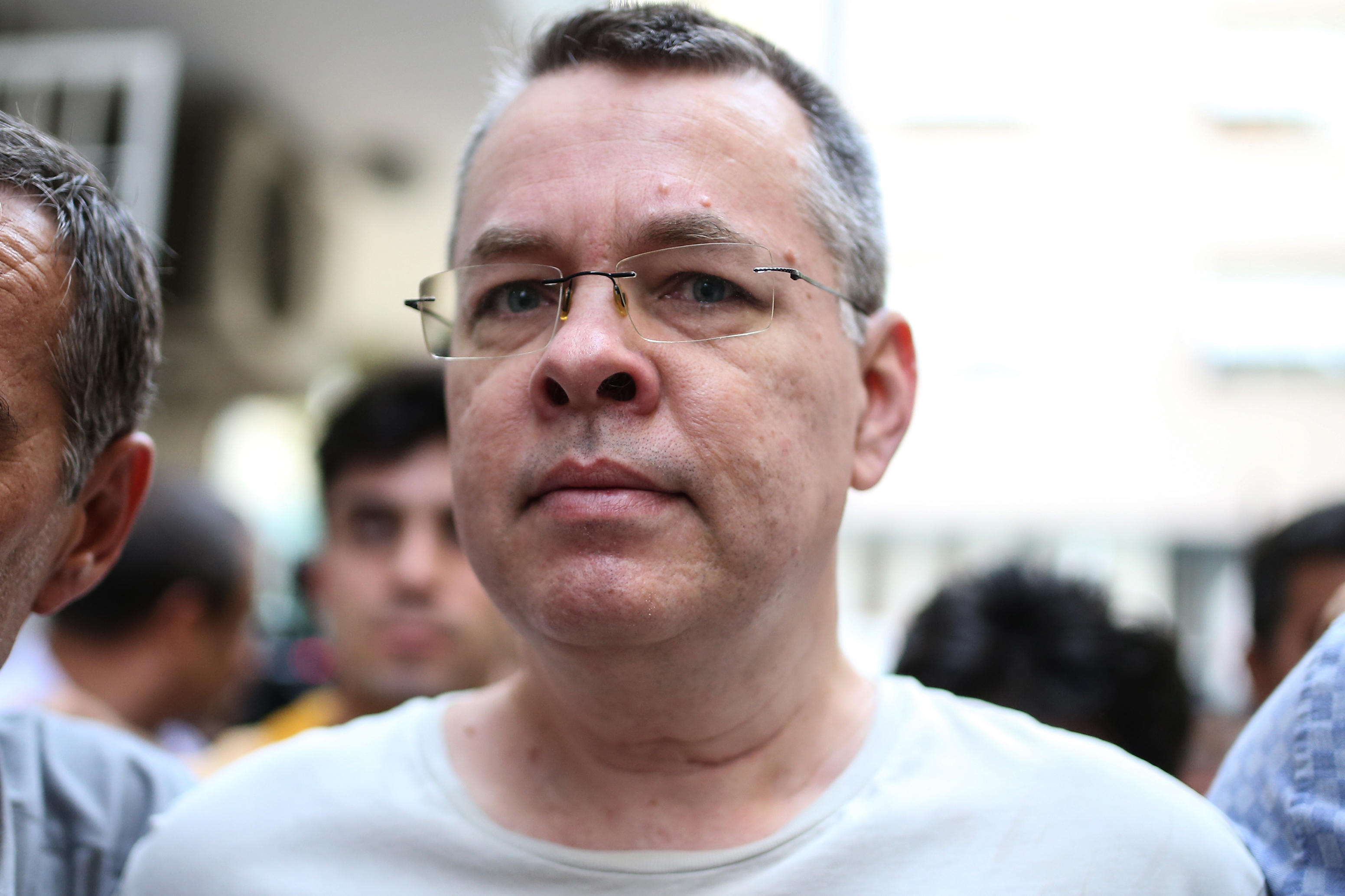 ANKARA, Turkey -- The lawyer for an American pastor at the center of a spat between NATO allies Turkey and the United States petitioned Turkey's highest court on Wednesday seeking his release from house arrest. Andrew Craig Brunson, 50, who has lived in Turkey for more than two decades, was arrested in December 2016 on espionage and terror-related charges.

The pastor, who rejects the charges, had been jailed until he was released to home detention on July 25 for health reasons. He faces up to 35 years in prison if he is convicted on both counts.

Lawyer Ismail Cem Halavurt told The Associated Press he filed a Constitutional Court appeal following lower courts' refusal to free Brunson and to lift a travel ban against him.

Halavurt argued that the evangelical pastor has been unjustly held for almost two years and that there is no risk of him tampering with any evidence.

"There is no reasonable or acceptable legal reason for his freedom to be limited in such a way," Halavurt argued in the petition. "There is no possibility for the defendant destroying evidence."

It could take the Constitutional Court several months to reach a decision on the case.

The next hearing in Brunson's trial is on Oct. 12 near the city of Izmir, where Brunson - originally from Black Mountain, North Carolina - led the Izmir Resurrection Church.

He was detained in the aftermath of a failed 2016 coup for allegedly supporting outlawed Kurdish rebels and the network led by U.S.-based Muslim cleric Fethullah Gulen. Turkey blames Gulen for the failed coup attempt.