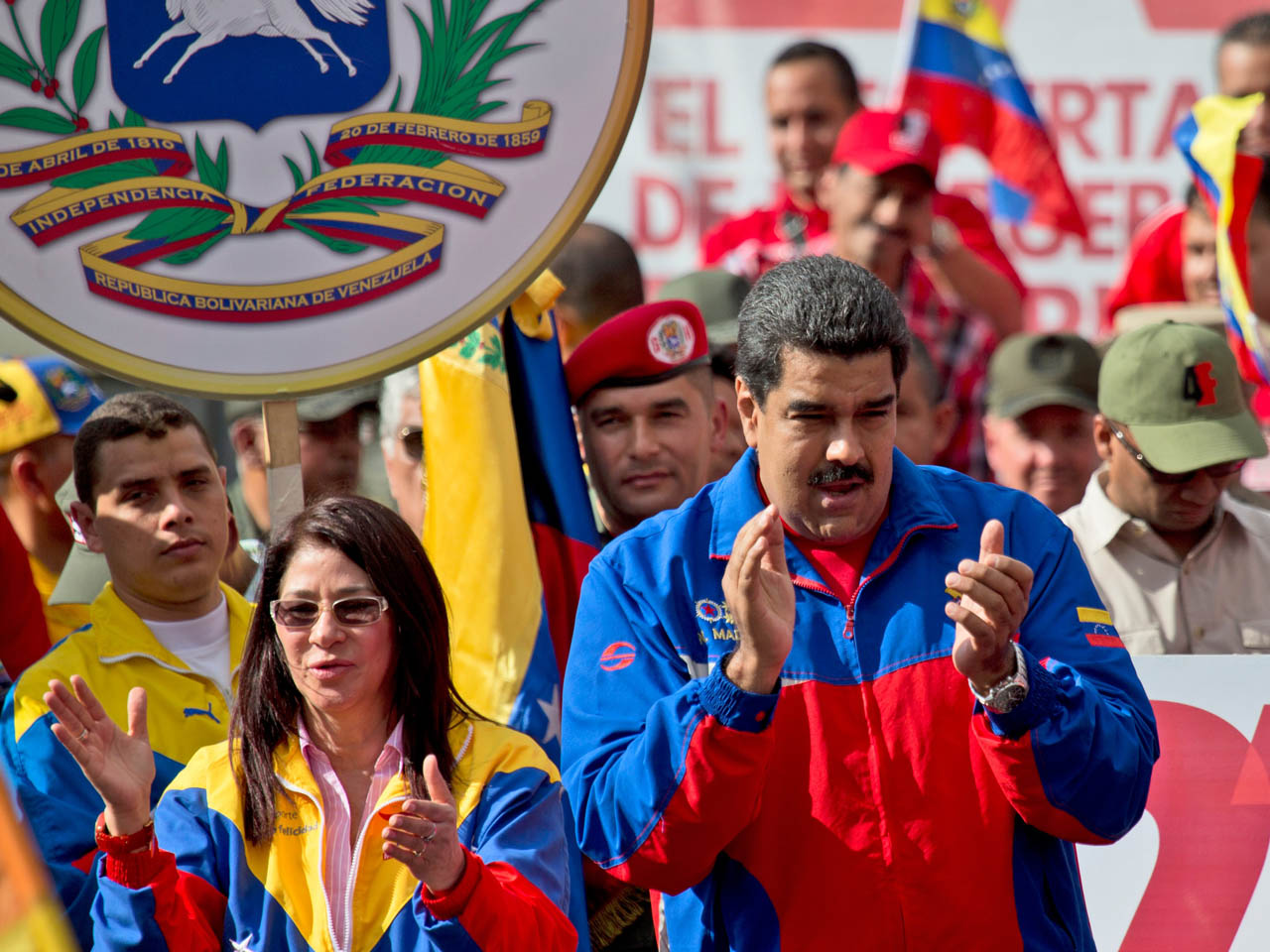 CARACAS, Venezuela - Conservative U.S. politicians banned from traveling to Venezuela by socialist President Nicolas Maduro are taking the restriction as a badge of honor.

Maduro laid out a series of measures against U.S. diplomats and tourists Saturday night, including a promise to limit the size of the embassy here and impose a tourist visa requirement.

"They can't come to Venezuela because they're terrorists," Maduro said before a crowd that had gathered to protest imperialism. "Out of here, terrorists."

Florida Rep. Ileana Ros-Lehtinen said on Twitter that she was proud to be listed among such "good company." Another Florida Republican, Rep. Mario Diaz-Balart, responded with faux disappointment.

"I've always wanted to travel to a corrupt country that is not a free democracy. And now Castro's lapdog won't let me!" he wrote on Twitter.

Some high-profile critics of the Maduro administration took the new ban as opportunity to slam the administration. Sen. Marco Rubio, R-Fla., said in a statement that he didn't need to come to Caracas to work against the regime.

"No matter where I am, I will continue exposing the murders, human rights abuses and economic disaster that Nicolas Maduro and his regime are responsible for in Venezuela," he said.

Similarly, Sen. Bob Menendez, a Democrat from New Jersey, vowed that the ban would have no effect on his willingness to speak out against the Maduro government.

The U.S. recently imposed a travel ban on a list of top Venezuelan officials accused of human rights violations.

Foreign Relations Minister Delcy Rodriguez said Sunday she would work to put the new regulations in place quickly, and added that the new visa restriction was a question of fairness.

"It's nothing unusual. Venezuelans have to pay in dollars just to apply for a visa to go to the U.S., even if they're not granted one," she said.

Tensions have been running high in Venezuela after a policeman killed a 14 year-old during an anti-government protest, and officials arrested the opposition mayor of Caracas. The bolivar has fallen to a record low on the widely used black currency market and Maduro's approval ratings are languishing in the low 20 percent range.

On Sunday, Francis, the first Latin American pope, said in a public address that he hoped for an end to political violence in Venezuela and the start of constructive talks between the government and opposition. He added that he was praying for the 14-year-old.