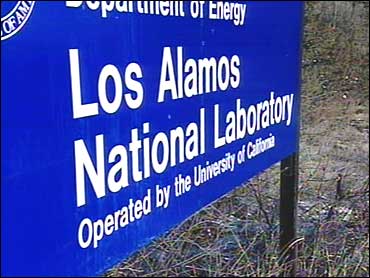 The Los Alamos nuclear weapons laboratory in New Mexico is missing 69 computers, including at least a dozen that were stolen last year, a lab spokesman said.

No classified information has been lost, spokesman Kevin Roark said.

The watchdog group Project on Government Oversight on Wednesday released a memo dated Feb. 3 from the Energy Department's National Nuclear Security Administration that said 67 computers were missing, including 13 that were lost or stolen in past 12 months.

Roark initially confirmed those figures, but later updated them. He said a total of 80 computers were lost or stolen in 2008, but 11 were recovered.

The lab was initiating a month long inventory to account for every computer, Roark said. The computers were a cyber security issue because they may contain personal information like names and addresses, but they did not contain any classified information, he said.

Also missing are three computers that were taken from a scientist's home in Santa Fe, New Mexico, on Jan. 16, and a BlackBerry belonging to another employee was lost "in a sensitive foreign country," according to the memo and an e-mail from a senior lab manager.

The e-mail was also released by the watchdog group.

The theft of the three computers in January triggered the inventory and a review of the lab's policies regarding home use of government computers, Roark said.

Only one of the three computers stolen from the employee's home was authorized for home use, which raised concerns "as to whether we were fully complying with our own policies for offsite computer usage," he said.

"None of these systems constitute a breach of a classified system," he said.

The e-mail from Los Alamos senior manager Stephen Blair to lab co-workers said the missing computers and Blackberry were "garnering a great deal of attention with senior management as well as (nuclear security administration) representatives."

The security administration memo said the "magnitude of exposure and risk to the laboratory is at best unclear as little data on these losses has been collected or pursued given their treatment as property management issues."