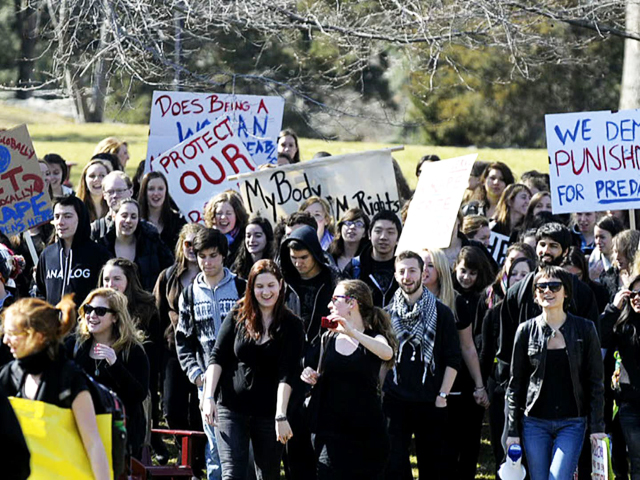 WASHINGTON -- The Education Department on Thursday took the unprecedented step of releasing the names of the 55 colleges and universities currently facing a Title IX investigation over their handling of sexual abuse complaints.

The release came two days after a White House task force promised greater government transparency on sexual assault in higher education. Going forward, the department said, it will keep an updated list of schools facing such an investigation and make it available upon request.

The agency previously would confirm such an investigation when asked, but students and others were often unaware of them.

"We hope this increased transparency will spur community dialogue about this important issue," Catherine E. Lhamon, the department's assistant secretary for civil rights, said in a statement.

Lhamon said a school's appearance on the list does not mean that it has violated the law but that an investigation is ongoing. (Scroll down to see the current list of schools).

Title IX prohibits gender discrimination at schools that receive federal funds. It is the same law that guarantees girls equal access to sports, but it also regulates institutions' handling of sexual violence and increasingly is being used by victims who say their schools failed to protect them.

Colby Bruno, who represents hundreds of assault victims and works with universities to educate them on Title IX, told CBS News that the federal government is "lacking" when it comes to enforcement.

"If a school doesn't have a watchdog, then the school is going to do what they want behind closed doors," Bruno said.

Citing research, the White House has said that 1 in 5 female students is assaulted. President Barack Obama appointed a task force comprised of his Cabinet members to review the issue after hearing complaints about the poor treatment of campus rape victims and the hidden nature of such crimes.

The task force announced the creation of a website, notalone.gov, offering resources for victims and information about past enforcement actions on campuses. The task force also made a wide range of recommendations to schools, such as identifying confidential victims' advocates and conducting surveys to better gauge the frequency of sexual assault on their campuses.

The department publicized guidance on Title IX's sexual assault provisions in 2011, and complaints by students have since increased. Complaints, however, don't always lead to an investigation.

The department can withhold federal funding from a school that doesn't comply with the law, but it so far has not used that power and instead has negotiated voluntary resolutions for violators.

Sens. Kirsten Gillibrand, D-N.Y., and Claire McCaskill, D-Mo., have said non-compliance under the law is "far too common." They say a lack of federal resources is partly to blame for that, and they've sought more money to ensure timely and proper investigations.

Another law that campus sexual assault cases fall under is the Clery Act, which requires colleges and universities to report crime statistics on or near their campuses. It also requires schools to develop prevention policies and ensure victims their basic rights. Investigations under this law are not included in the list that was released.