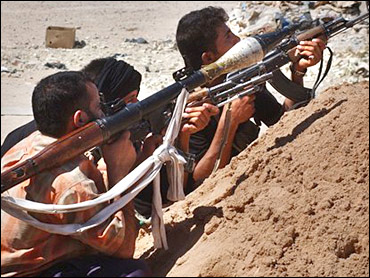 U.S. forces are holding off on a planned offensive against Shiite militants in Najaf -- to give Iraqi security forces time to train for the assault.

The operation is being closely coordinated with the Iraqi government. In fact, a U.S. Marine spokesman says Iraq's interim prime minister is making the "final decision" on timing for the offensive.

It's not known whether commanders are planning a raid into the Imam Ali Shrine -- a move that could enrage Iraq's Shiite majority and Shiites worldwide.

A raid carried out by Iraqi security forces may be seen as less upsetting to Shiites. But Iraqi troops had been criticized as being inadequately trained or armed.