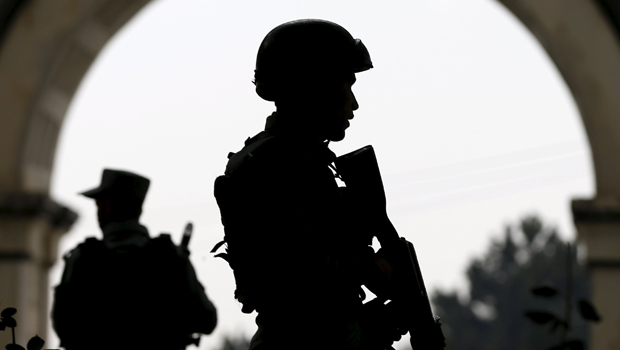 WASHINGTON -- In a potential major shift in policy, U.S. military commanders want to keep at least a few thousand American troops in Afghanistan beyond 2016, citing a fragile security situation highlighted by the Taliban's capture of the northern city of Kunduz this week as well as recent militant inroads in the south.

Keeping any substantial number of troops in Afghanistan beyond next year would mark a sharp departure from President Obama's existing plan, which would leave only an embassy-based security cooperation presence of about 1,000 military personnel by the end of next year. Mr. Obama has made it a centerpiece of his second-term foreign policy message that he would end the U.S. war in Afghanistan and get American troops out by the time he left office in January 2017.

About 9,800 U.S. troops are in Afghanistan. But the top U.S. commander in Afghanistan, Army Gen. John F. Campbell, has given the administration several options for gradually reducing that number over the next 15 months, said U.S. officials, speaking on condition of anonymity because they weren't authorized to speak about plans still under consideration. The options all call for keeping a higher-than-planned troop presence based on his judgment of what it would take to sustain the Afghan army and minimize the chances of losing more ground gained over more than a decade of costly U.S. combat, they said.

The timing of a new decision on U.S. troop levels is unclear. Campbell is scheduled to testify to Congress next week on the security situation, including the effectiveness of Afghan security forces after a tough summer of fighting.

The Taliban's takeover of Kunduz, a city of 300,000, marked the militants' first capture of a major city since the U.S. invasion ousted their government 14 years ago in the aftermath of the 9/11 terrorist attacks. Republican critics of Mr. Obama's approach to transitioning from wartime occupation of Afghanistan to full Afghan security control called the fall of Kunduz a predictable consequence of Mr. Obama's calendar-based troop reductions.

The loss of Kunduz may prove temporary, but it has underscored the fragility of Afghan security and hardened the view of those who favor keeping U.S. troops there beyond 2016.

According to U.S. officials, Campbell's options would postpone any major cuts in troop levels this year and give him more leeway on the pace of any reductions next year. The options, officials said, include keeping as many as 8,000 troops there well into next year and maintaining several thousand troops as a counterterrorism force into 2017. The options would allow for a gradual decline in troop numbers over the coming year, depending on the security conditions in Afghanistan and the capabilities of the Afghan forces, who sustained heavy combat losses this year and last.

As far back as March, during top-level meetings at the Camp David presidential retreat, senior administration officials were leaving the door open to a small counterterrorism force in Afghanistan in 2017. Afghan President Ashraf Ghani and the Republican-controlled Congress favor extending the U.S. military presence. Ghani has expressed worry about militants affiliated with the Islamic State of Iraq and Syria, or ISIS, trying to gain a wider foothold in his country.

Both Defense Secretary Ash Carter and Secretary of State John Kerry have suggested the importance of the U.S. continuing its counterterrorism missions in Afghanistan, even into 2017. During the Camp David meetings, Kerry said the administration was concerned about reports that ISIS militants are recruiting in Afghanistan and that some Taliban were rebranding themselves as ISIS members. Since then, other U.S. officials have cited ISIS as a potentially growing threat, and the Taliban have made inroads in the southern province of Helmand.

"We see (ISIS) capabilities increasing somewhat but not to the point where they can conduct operations that you're seeing in Iraq and Syria, although we do note the potential for them to evolve into something more serious, more dangerous," Brig. Gen. Wilson Shoffner told reporters at the Pentagon last month.

In August the Taliban seized the district of Musa Qala in Helmand and were only driven back by Afghan forces days later, after 24 U.S. airstrikes.

Pentagon officials on Tuesday had few details about how Kunduz fell. Pentagon press secretary Peter Cook called it a "setback" for Afghan forces, expressed confidence in their ability to eventually retake the city, and declined to say what the clash reveals about the capabilities of the Taliban.

Acting Afghan Defense Minister Masoom Stanekzai told a news conference in Kabul that the Taliban fighters had infiltrated the city during the recent Eid holiday, the biggest of the year, when millions of Afghans move around the country to spend time with family.

The Taliban fighters were reinforced by militants who came from neighboring Pakistan after being driven out by a military offensive, as well as from China and Central Asia, Stanekzai said. The fierce, multipronged assault caught the Afghan military and intelligence agencies off guard after what had appeared to be a stalemate throughout the summer between Taliban forces besieging the city and government troops defending it.

The U.S. officially ended its combat role at the end of 2014 but has kept troops there to train and advise Afghan forces and to hit extremist targets.