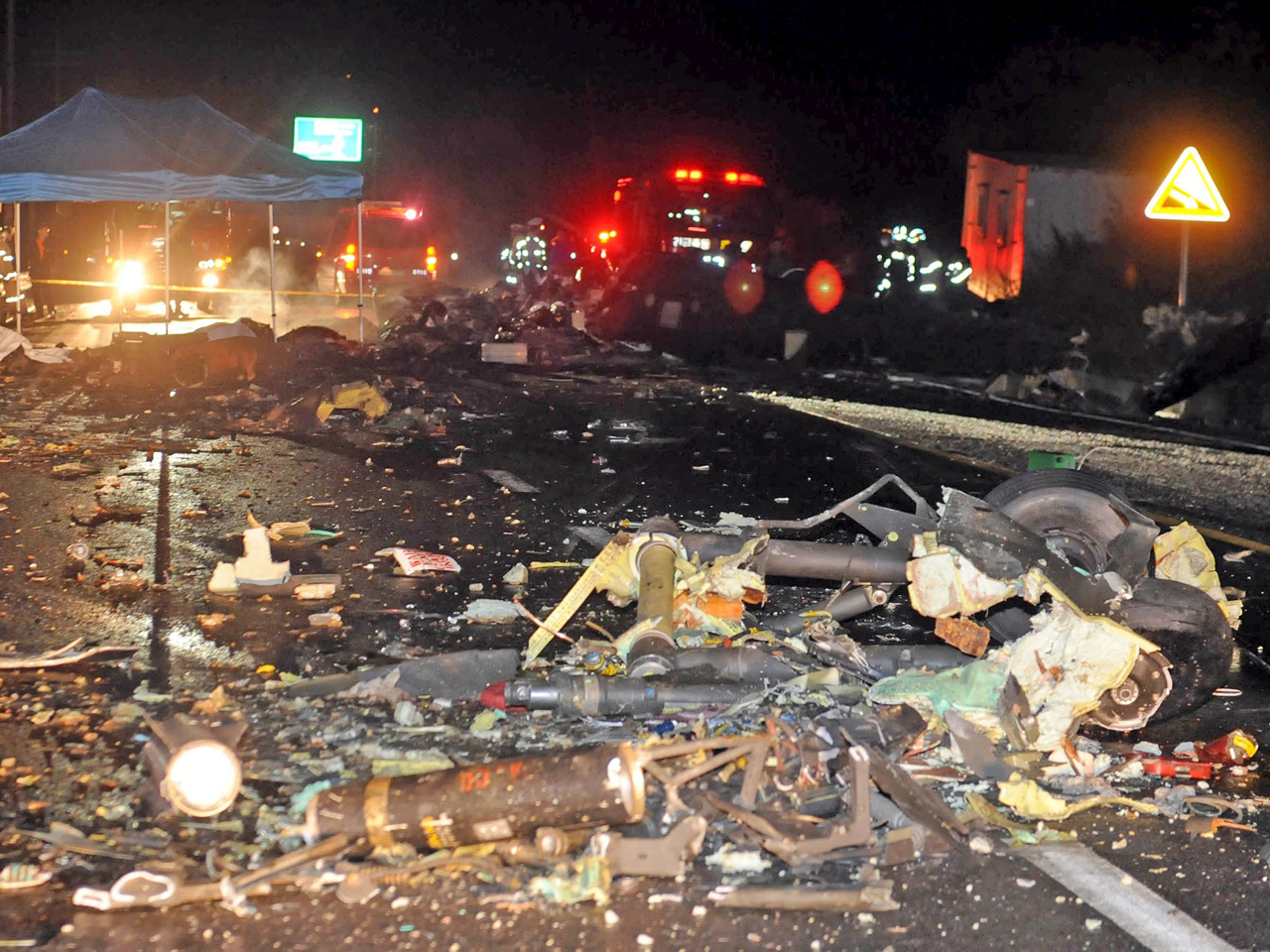 SEOUL, South Korea - A U.S. military helicopter crashed in South Korea during a routine training mission Monday, killing both pilots on board, the U.S. Army and South Korean police said.

The AH-64 Apache helicopter crashed on a road in Wonju, about 80 miles east of Seoul, a Wonju police officer said on condition of anonymity because he wasn't authorized to speak to the media about the accident.

Two bodies recovered from the helicopter were severely damaged and officials couldn't immediately confirm their identities, the officer said. He said there were no reports of casualties on the ground.

The U.S. Army in South Korea later confirmed the crash, saying the cause of the accident was under investigation.

"We offer our heartfelt prayers and condolences to the families of the soldiers involved in this tragic incident," Lt. Col. Mark Gillespie, deputy commander of 2nd Combat Aviation Brigade, said in a U.S. Army statement.

It said the identities of the two pilots will be withheld pending notification of next of kin.

South Korea's Yonhap news agency cited unidentified officials as saying the helicopter may have hit high-voltage power lines or a nearby steel tower because wires were found near the crashed aircraft and the upper part of the tower was damaged.

About 28,500 U.S. troops are stationed in South Korea as deterrence against possible aggression from North Korea. The Korean Peninsula remains in a technical state of war because the 1950-1953 Korean War ended with an armistice, not a peace treaty.