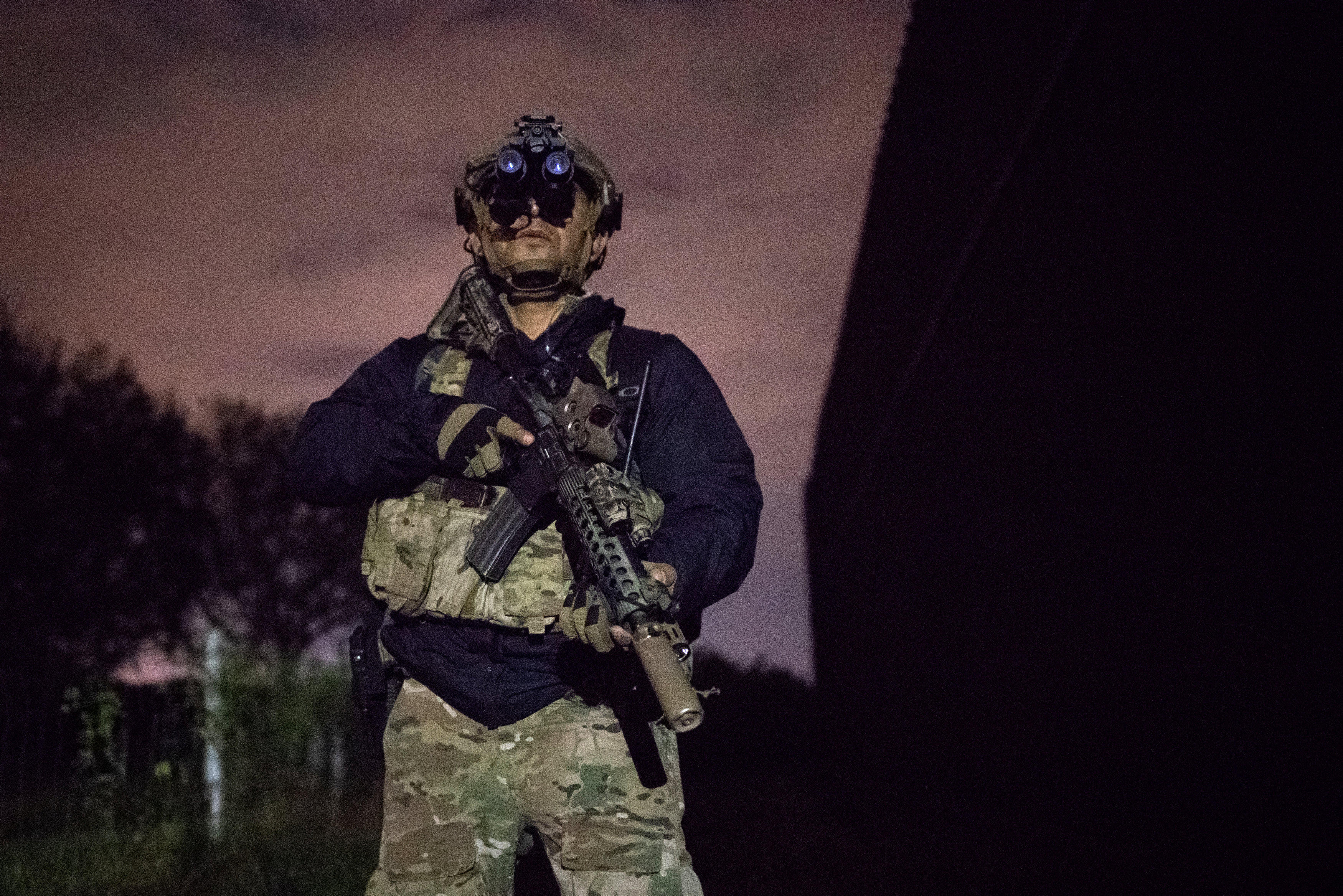 BROWNSVILLE, Texas -- As the first active-duty military troops sent to the U.S. border with Mexico installed coils of razor wire on a bridge and a riverbank Friday, a sense of unease spread across Texas' Rio Grande Valley. President Trump's portrayal of a border under siege by drug smugglers and other criminals is at odds with what residents in towns along the 1,954-mile divide with Mexico see in their daily routines, with U.S. border towns consistently ranking among the safest in the country.

U.S. military units in San Antonio and other locations in Texas, California, and Arizona are going through specific training and rules along the border, CBS San Antonio affiliate KENS reports. Joint Base San Antonio - Lackland Air Force Base is one of the primary locations where training is underway.

Some Valley residents question the need for a large military presence and fear it will tarnish the area's image. And some are afraid of violence if and when the caravan of Central American migrants that the troops have been sent to confront reaches the U.S. border.

While the southern tip of Texas is the busiest corridor for illegal crossings, border agents make many arrests far from public view, on uninhabited banks of the Rio Grande and on nearby dirt paths and roads lined by thick brush.

"I feel safer here than when I go up to bigger cities," lifelong Rio Grande Valley resident Emmanuel Torres said Friday while working at a coffee shop in Brownsville, the region's largest city, with about 200,000 people.

Torres, 19, said the area feels "a lot like family," and he worries the military presence will fuel outsiders' perceptions of a dysfunctional border.

When Mr. Trump pledged this week to send up to 15,000 troops to the border in response to the slow-moving caravan of migrants, he unnerved the economically struggling region of 1 million people that stretches over flat, sun-drenched citrus groves and farms of cotton, sugar cane and vegetables.

The Pentagon said more than 3,500 troops have been deployed to staging bases along the border, including about 1,000 Marines in California. Still, there were only about 100 troops at the border on Friday, working at and near a bridge leading to McAllen, Texas, the Rio Grande Valley's second-biggest city, with about 140,000 people.

More than a dozen military members in fatigues were at the northern bank of the river, below the bridge, laying concertina wire. Other soldiers erected wire barriers on the bridge's pedestrian paths.

The largest caravan traveling through Mexico is still weeks away from the U.S. border, and migrants have given no indication where they might cross. The Rio Grande Valley is the shortest route from Central America but also one of the most dangerous.

The troops are being sent in what has been described as a support role, helping border agents. But Mr. Trump said he told the military that if troops face rock-throwing migrants, they should react as though the rocks were rifles.

"It's all preparation in anticipation of the caravan," said Manuel Padilla Jr., the Border Patrol's Rio Grande Valley sector chief. "We're hoping that these people do not show up at the border. They're not going to be allowed in."

Conchita Padilla, a volunteer at the Brownsville Museum of Fine Art, said she believes the U.S. has the right to defend its borders. But she also said she is frightened by the troops because she doesn't know what they will do or how they will react to the caravan.

"My worry is that if they fight each other, there might be innocent people in the way that are suffering consequences," said Padilla, 66. "We are just praying that they go in peace."

According to an analysis by The Associated Press of FBI statistics, nine U.S. cities along the Mexican border had a violent crime rate of nearly 346 offenses per 100,000 residents in 2017. That's lower than the national rate of almost 383. In Brownsville, it was 257, in McAllen, 144.

"It's almost shocking, but it's true," Jack Levin, director of Northeastern University's Brudnick Center on Violence. "The numbers don't lie."