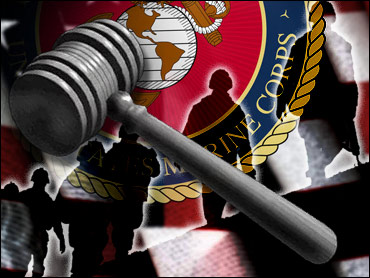 A Marine reservist was found guilty Thursday of killing an Iraqi soldier while they stood watch together at a guard post in Fallujah.

Lance Cpl. Delano Holmes, 22, of Indianapolis, was convicted of negligent homicide, but acquitted of the greater charge of unpremeditated homicide. He was also convicted of making a false official statement.

A panel of three officers and five enlisted Marines returned the verdict after two days of deliberating over whether the Dec. 31, 2006, killing of Pvt. Munther Muhammed Hassin was an act of murder or self-defense.

Holmes made no remarks in court immediately after the verdict, a Marines spokeswoman said.

A sentencing hearing was set to begin immediately following the verdict. Holmes faced up to eight years in confinement, reduction to the rank of private, forfeiture of pay and allowances and dishonorable discharge.

Holmes was accused of stabbing to death Hassin. His attorney claimed it was an act of self-defense after Hassin allegedly opened his cell phone and then lit a cigarette. Prosecutors contended it was murder.

Holmes' attorney, Steve Cook, told jurors the men were not supposed to display any illuminated objects because of the threat of sniper fire, and Holmes tried repeatedly to get Hassin to extinguish the cigarette.

Holmes told investigators he knocked the cigarette from the soldier's hand and the two got into a fight, falling to the ground.

During the struggle, Holmes felt Hassin reaching for his loaded AK-47, so he stabbed him with a bayonet that doubles as a utility knife that was attached to his jacket, Cook has said.

Prosecutors, however, said that Holmes killed the soldier and then set up the scene, firing the soldier's AK-47. Capt. Brett Miner said Holmes "mauled" Hassin with 17 stab wounds, 26 slashes and a chop to the face that nearly severed his nose.

Holmes, who is being held in the brig at Camp Pendleton, enlisted in the Marine reserves in May 2004 and was on his first deployment in Iraq, Cook said. He is from the 1st Battalion, 24th Marine Regiment, based out of Lansing, Mich.