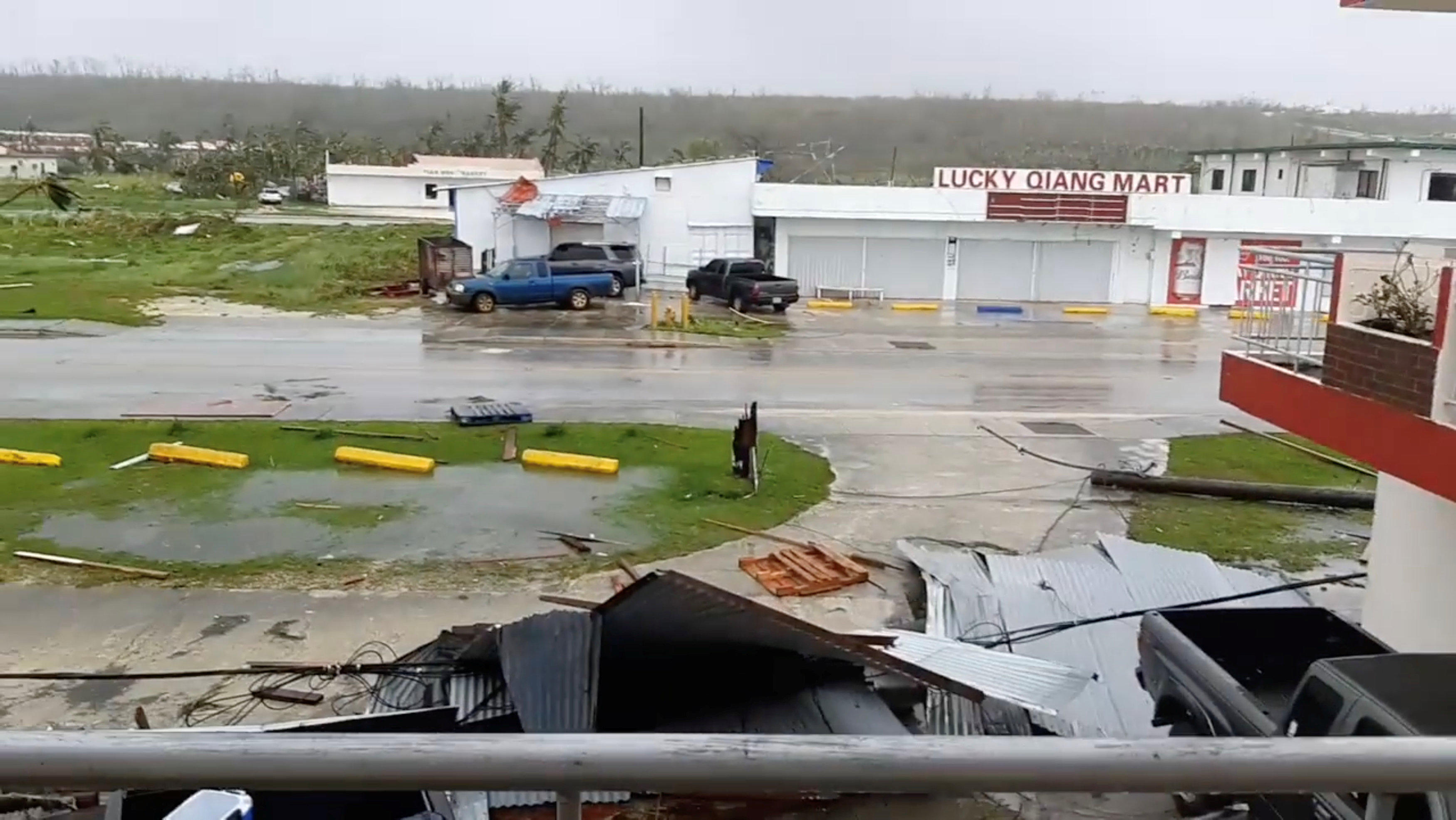 HONOLULU -- Residents of the Commonwealth of the Northern Mariana Islands were bracing for months without electricity or running water in the aftermath of the strongest storm to hit any part of the U.S. this year. Super Typhoon Yutu crossed over the U.S. territory early Thursday local time.

Gregorio Kilili Camacho Sablan, the commonwealth's delegate to U.S. Congress, said the territory will need significant help to recover from the storm, which he said injured several people.

In a telephone interview with The Associated Press from Saipan, Sablan said he has heard reports of injuries and that people are waiting at the island's hospital to be treated. He could not provide further details or official estimates of casualties.

"There's a lot of damage and destruction," Sablan said. "It's like a small war just passed through."

Sablan said the entire island sustained damage, but there are areas that are worse than others. He has not been able to reach officials on the territory's neighbor islands of Tinian and Rota because phones and electricity are out.

"It's going to take weeks probably to get electricity back to everybody," he said.

Sablan says colleagues in Congress have reached out to offer help. He expects there will be a presidential disaster declaration put in place.

In a tweet Thursday evening Sablan said that the typhoon warning for Saipan and Tinian was canceled.

The electricity on Saipan, the largest island in the commonwealth about 3,800 miles  west of Hawaii, went out at 4 p.m. Wednesday, resident Glen Hunter said.

"We probably won't have power for months," he said, recalling how it took four months to restore electricity after Typhoon Soudelor in 2015.

Maximum sustained winds of 180 mph were recorded around the eye of the storm, which passed over Tinian and Saipan early Thursday local time, said Brandon Aydlett, a meteorologist with the National Weather Service.

"At its peak, it felt like many trains running constant," Hunter wrote in a Facebook message to The Associated Press. Hunter lives on Saipan, the largest island in the commonwealth, which is a U.S. territory about 3,800 miles west of Hawaii.

"At its peak, the wind was constant and the sound horrifying," he wrote.

There were no immediate reports of deaths or injuries.

Tinian suffered a direct hit. Saipan and Tinian will be unrecognizable, Aydlett said, adding that the weather service received reports that Yutu's catastrophic winds ripped roofs from homes and blew out windows.

"Any debris becomes shrapnel and deadly," he said.

It was still dark when Hunter peeked outside and saw his neighbor's house, made of wood and tin, completely gone. A palm tree was uprooted.

Hunter, 45, has lived on Saipan since childhood and is accustomed to strong storms. "We are in typhoon alley," he wrote, but added this is the worst he has experienced.

The roof flew off the second floor of Del Benson's Saipan home.

"We didn't sleep much," he wrote to the AP in a Facebook message. "I went upstairs and the skylight blew out. Then the roof started to go. We got the kids downstairs."

Recovery efforts on Saipan and Tinian will be slow, Aydlett said.

"This is the worst-case scenario. This is why the building codes in the Marianas are so tough," he said. "This is going to be the storm which sets the scale for which future storms are compared to."

Dean Sensui, vice chair for Hawaii on the Western Pacific Regional Fishery Management Council, was in Saipan for a council meeting. He hunkered down in his hotel room, where guests were told to remain indoors because winds were still strong Thursday morning.

"From around midnight the wind could be heard whipping by," he said in a Facebook message. "Down at the restaurant it sounded like a Hollywood soundtrack with the intense rain and howling wind."

Because he's in a solid hotel, it wasn't as scary as living through Hurricane Iniki in 1992, which left the Hawaiian island of Kauai badly damaged, he said.

"The fact that we still have internet access proves how solid their infrastructure is," he said. "Hawaii and others should study the Marianas to understand how to design and build communication grids that can withstand a storm."