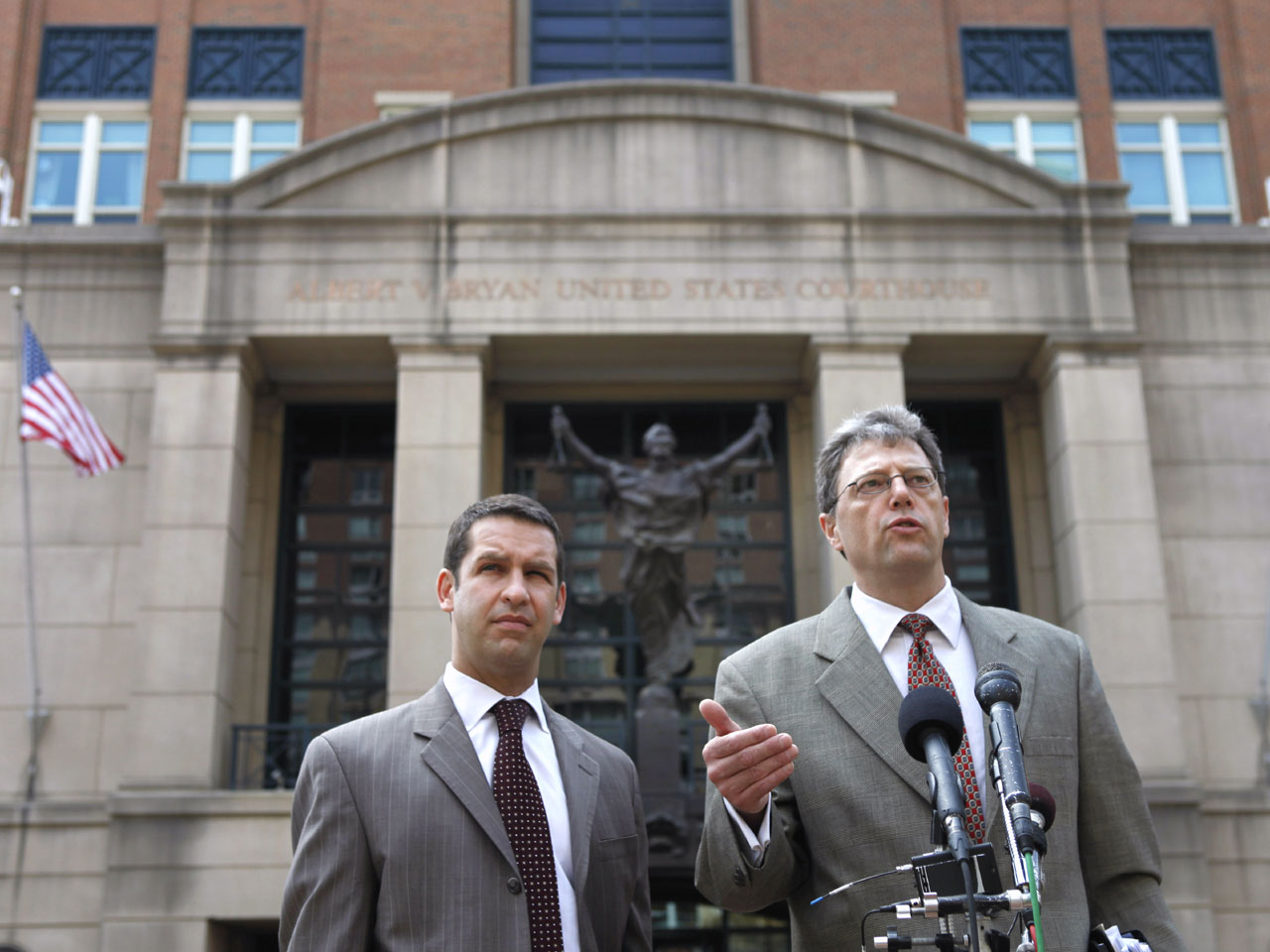 ALEXANDRIA, Va. (AP) — A computer technician from northern Virginia pleaded guilty Monday and was sentenced to 23 years in prison for joining what he thought was an al Qaeda plot to bomb the Washington region's Metrorail system.

Farooque Ahmed, 35, from Ashburn, Va., apologized for his actions at a plea hearing in U.S. District Court after his lawyer explained that Ahmed had succumbed to a government sting operation after being seduced by violent extremist rhetoric from a radical cleric, Anwar al-Awlaki, and others.

"All I can say is I'm sorry. It was the wrong action," Ahmed, a naturalized U.S. citizen from Pakistan, told the judge in a low, halting voice.

In a written statement to the court, Ahmed said that "no punishment could be greater than the disappointment I already feel for engaging in this conduct, and for letting myself and my family down." It added, "I know that my conduct could have endangered many people, and I am happy that nobody was actually injured. I am truly sorry ... and I especially regret that I have let down my family (particularly my wife and young son), my faith, and my country."

Ahmed and his wife, who was present Monday but declined comment, have a 2-year-old son and have been married since 2007. After graduating from the College of Staten Island in 2003, Ahmed settled in the prosperous northern Virginia suburbs, where he took a series of computer-related jobs, punctuated by occasional periods of unemployment.

Ahmed briefly had a job with an Islamic outreach group in 2005 but showed no outward signs of extremism until 2010, his lawyer said.

Between April and October of 2010, Ahmed carried out a variety of tasks to advance what he thought would be an al Qaeda attack on the greater Washington's subway system, authorities say. He took video and scouted out several northern Virginia Metro stations and made suggestions for how to inflict the greatest number of casualties. Prior to the Metro plot, according to authorities, Ahmed had discussed traveling to Afghanistan to fight and kill Americans there.

Ahmed pled to two counts: attempting to provide material support of al Qaeda and collecting information for a terrorist attack on a transit facility, which carried a potential maximum term of 35 years. The defense and prosecutors agreed to the 23-year term as part of the plea bargain.

Federal public defender Kenneth Troccoli said Ahmed comes from a prosperous family in Pakistan. His father, a bank executive, brought Ahmed as a teenager to the United States with the family when the father was assigned to New York for work. The family lived in Staten Island, N.Y.

Troccoli said three things contributed to Ahmed's decision to align himself with purported terrorists: exposure to radical Islamic rhetoric from al-Awlaki and others; anti-Muslim discrimination that he and his family faced in the United States that contributed to his alienation; and trust in an associate who turned out to be an undercover operative for the government.

The operative "led Mr. Ahmed to believe he was not alone" in supporting a terrorist plot, Troccoli said.

Ahmed's initial interest, Troccoli said, was to develop a website that would allow people to communicate about the plight of the Pakistani people and Muslims in general. But as the sting operation proceeded, Ahmed eventually agreed to take more serious action "that went beyond what he initially wanted to do," Troccoli said.

Ahmed became immersed in a fantasy world with secret codes and never shared his plans with his family, according to Troccoli. Had he done so, Troccoli suggested his family would have brought him to his senses.

"Now that he has essentially woken up from this fantasy world he was in ... it's like he shook his head and said, 'What am I doing?"' Troccoli said.

But U.S. Attorney Neil MacBride, speaking to reporters after Monday's hearing, said it was Ahmed on his own who told the undercover operatives that he wanted to fight and kill Americans.

"It all originated with Mr. Ahmed himself," MacBride said.

MacBride said that Ahmed was acting alone and the government plans no further charges against others as part of this case.

"We believe a 23-year term is just punishment," he said.

U.S. District Judge Gerald Bruce Lee had no choice but to impose a 23-year term under terms of the plea agreement, but added the condition that Ahmed serve a 50-year period of supervised release after his prison time.

Brenda Heck, newly appointed special agent in charge for the FBI's Washington field office, said Ahmed was not a typical member of the Muslim-American community.

Ahmed's case is one among several nationwide involving terror arrests made using undercover government operatives and concocted plots. A Somali-born teenager was arrested in November in Portland after allegedly joining what he thought was a terrorist plot to set off a bomb at a Christmas tree lighting ceremony.

In December, recent Muslim convert and naturalized citizen Antonio Martinez was arrested after agents said he tried to detonate a phony bomb outside a military recruitment center near Baltimore. Martinez's lawyer raised concerns that his client was a victim of entrapment.