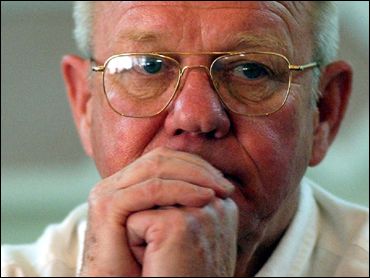 One top U.S. occupation official left her post Sunday, another was preparing to leave, and a new administrator arrived in the region, ready to take over, less than three weeks after their newborn reconstruction agency opened for business in the postwar chaos of Baghdad.

Besides the rapid-fire changes at the top, there was other unsettling news Sunday for Iraqi rebuilding: Oil production, vital for recovery, may resume more slowly than thought, and it may take two more months to get full electricity back in Baghdad.

As if to underscore the challenges facing the Americans, new arson fires broke out Sunday, sending palls of smoke billowing over a city wracked by looting and other lawlessness since a U.S.-British invasion toppled President Saddam Hussein's government last month.

The departed official, ex-ambassador Barbara Bodine, was coordinator for central Iraq, including Baghdad, within the Office of Reconstruction and Humanitarian Assistance. The office thus far has assembled some 800 specialists from U.S. government agencies and allied governments to organize aid, reconstruction and the establishment of a new government for Iraq.

An ORHA spokesman, U.S. Army Maj. John Cornelio, confirmed that Bodine was leaving Baghdad on Sunday. But the agency issued no statement explaining the reason for her swift departure, just two weeks after she chaired a familiarization meeting with top bureaucrats of the former Baghdad city administration.